The Victoria's Secret model bared it all on the cover of Numero Russia. With her hair worn in a disheveled mess, she sported nude make up as she posed as the cover girl.

The Victoria's Secret model oozed sex appeal, as she gazed sensuously at the camera.

Cut at her shoulder, the cover is part of mag'z Digitalization issue.

Photographed by Claudio Carpi Studio, the cover has been styled by Aleksandra Markovic.

The 27-year-old model featured as a Sports Illustrated Swimsuit rookie earlier this month.

She announced the news to her 3.4 million followers on Instagram. 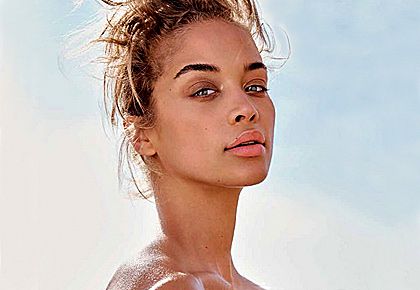