Miss Grand International 2016: The winner is...

A beauty with brains, Ariska Putri Petriwi from Indonesia has created history for her county.

For the first time in history, an Indonesian model has won the international beauty contest.

Ariska who also bagged the award for the best costume, almost won the jury in the interview round. When asked to pick between Hillary and Trump, she said she found Hillary Clinton "wise", "smart" and that the US presidential candidate had "the potential to end violence and war".

The woman of the moment, Ariska aspires to be a doctor.

Here are few pictures from the pageant that prove she truly deserved the crown. 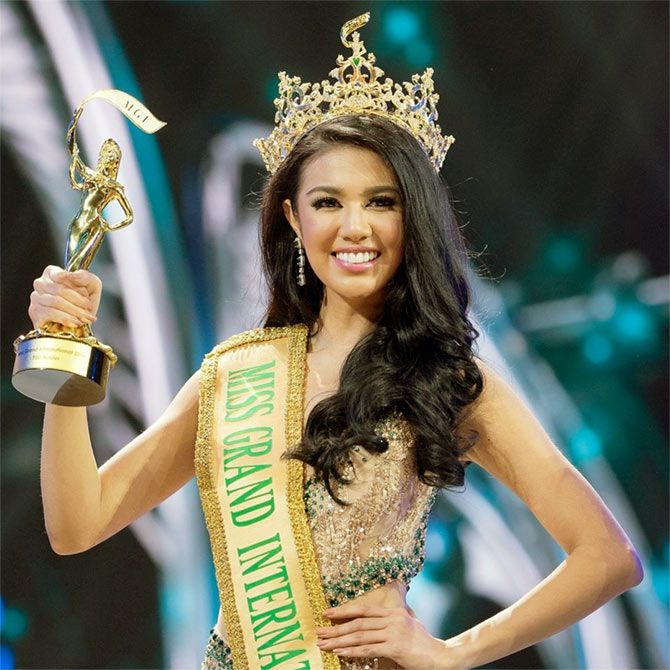 IMAGE: Meet the newly crowned Miss Grand International Ariska Putri Petriwi.
The young beauty aims to build a foundation for children in Indonesia "so that they can go to school, play and laugh together like other children." 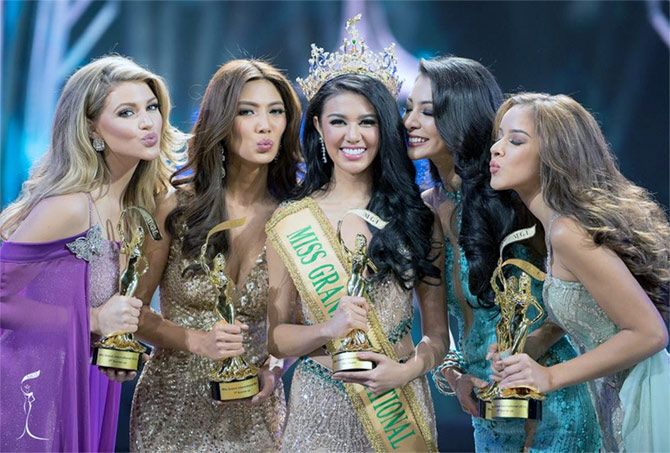 IMAGE: Here she poses with the runners-up of the pageant. Don't they make a pretty picture? IMAGE: She also won the National Costume award.
Check out her outfit in the next image... 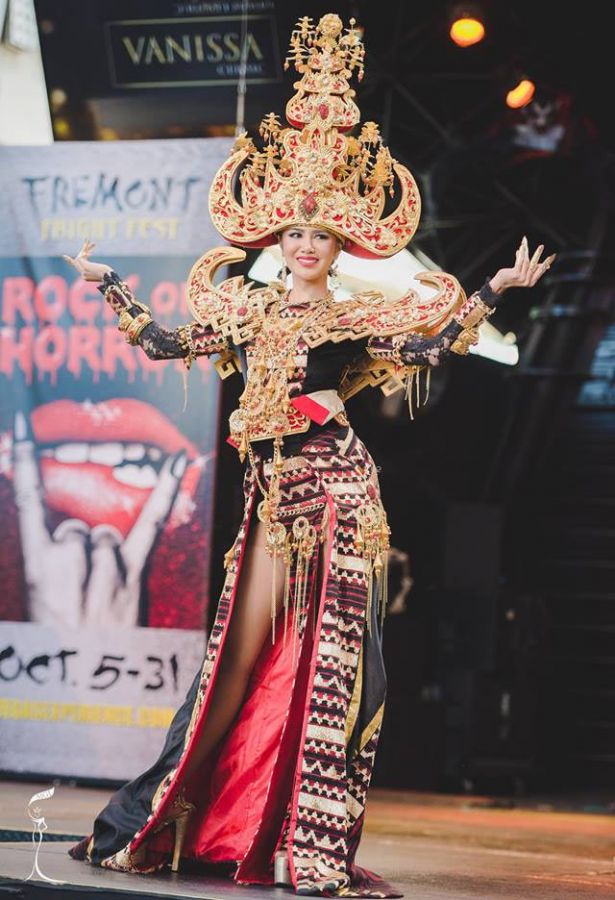 IMAGE: What a breathtaking outfit that is. The intricate details on her double slit gown featuring a structured bodice aptly describe Indonesia's culture and heritage.
Don't miss that massive headgear too. IMAGE: Gown or bikini, Ariska is elegance personified in both. One of the many reasons why this Indonesian beauty deserved the crown.