The Mumbai chapter of We The Women took place on December 1 at Mehboob Studio.

It was an evening of inspiring conversations with an interesting line-up of women celebrities. IMAGE: Katrina Kaif with Barkha Dutt. Dressed in white separates, the actor cut an impressive figure.
Speaking at the event, the actor said: 'I have been looking for a script, been discussing with people. Every time someone comes to me with a film, of maybe a guy and a girl, and I'm like 'hey what about doing a story with women in a big, fun commercial space' and it's not there! It's just not there yet.
'My argument to that is, which I discuss with a lot of producers I’m close to and have worked with, give the female dominated films, with may be one or two female leads, the same budget and mounting that you are giving to the male stars or the combination of a male and a female star. Give that to a female film and see what happens then.'
Katrina was also of the opinion that 'if most of our female protagonists films are small ideas and small in content and smaller in nature, how can the opening be compared to the Dhoom 3s of the world?'
'My constant perseverance is to fight and not be seen as an overpowering woman. I have some friends who have genuinely been good listeners, Kabir Khan and Ali Abbas Zafar to name a few. I have changed a lot overtime, my personality choose the roles I do.' IMAGE: Joining Sonali Bendre in the conversation revolving around Women Warriors was cancer survivor Tahira Kashyap, who spoke about her journey and how she has been battling her illness. IMAGE: Sania Mirza threw light on how she smashed stereotypes. 'I was given a tag of being rebellious, but I wasn't and this was because I spoke. I feel equality plays a serious issue in every genre even in Bollywood. Women have to face this everyday battle. If you are better looking women today, people tend to not take you too seriously.' 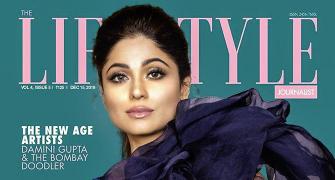 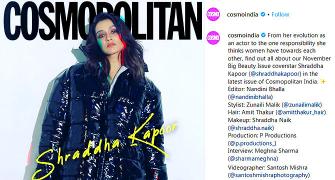 Pics: Kareena, Kriti 'sash' it up in style 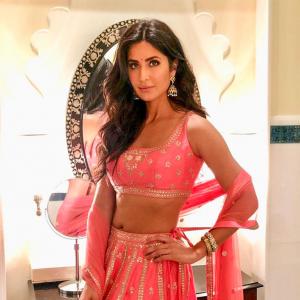