Do you think she can bring back the crown? 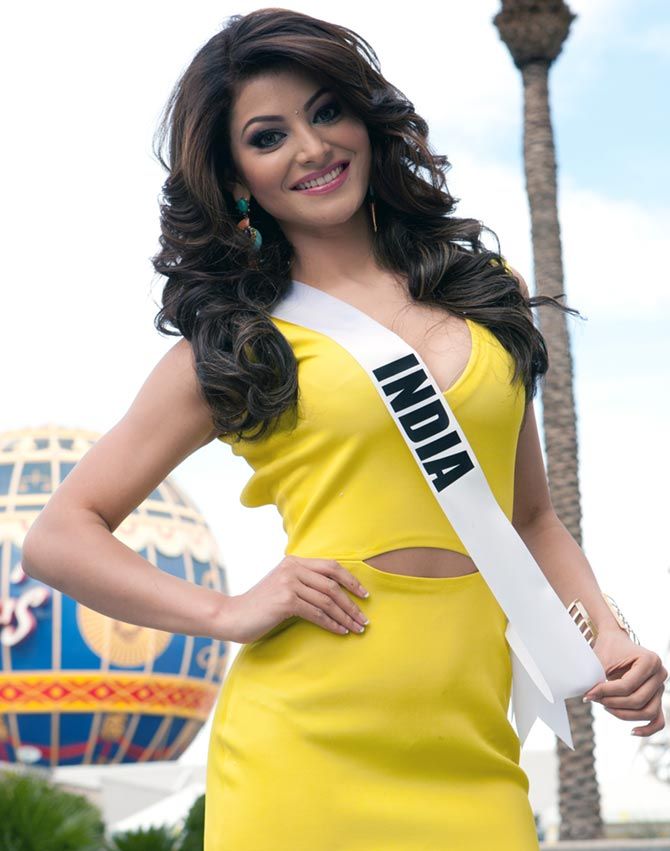 Remember her gyrating to the tunes of Yo Yo Honey Singh's Love Dose?

The 21-year-old Haridwar-born lass wanted to pursue a career in engineering but life took a detour and she won the Miss Universe India title instead.

Urvashi will now represent India at the Miss Universe 2015 pageant to be held in Las Vegas on December 20. Going by the photographs, she seems to having a lot of fun :).

Want to know more about her? Read on.

Not just another pretty face 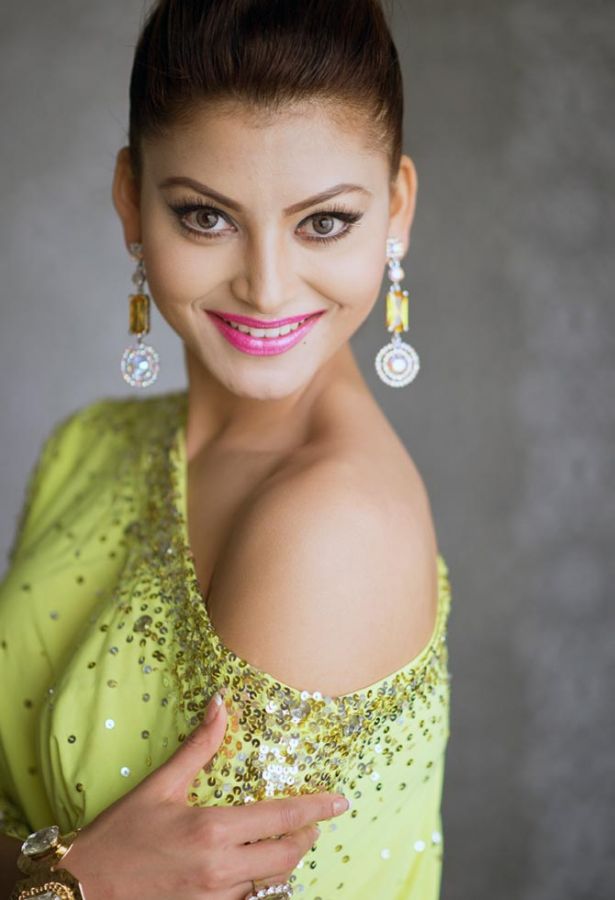 She's a national level basketball player. That, probably, is the secret behind her svelte figure. 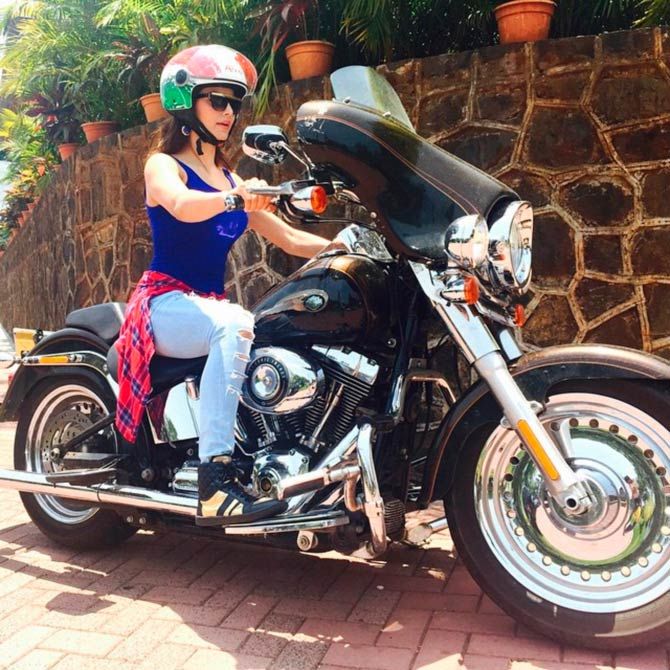 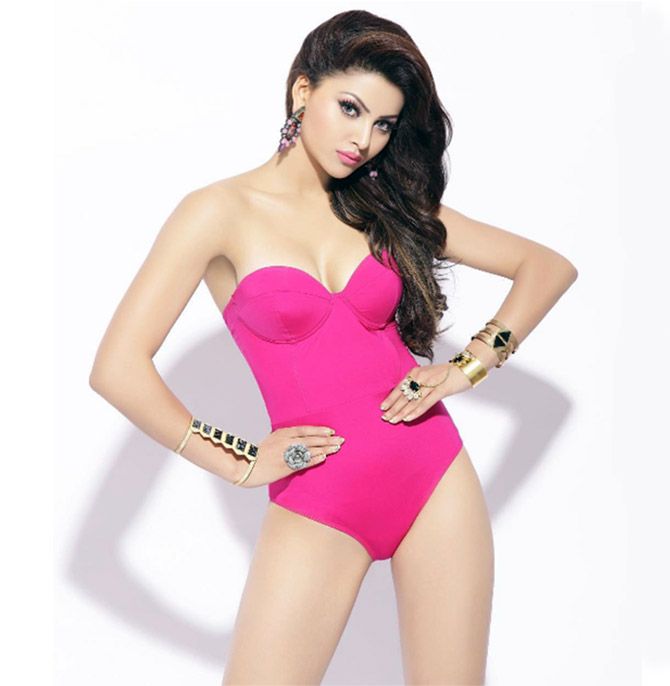 She has already made her mark in Bollywood with Singh Saab The Great opposite Sunny Deol and will be seen in Great Grand Masti next year.

She has a BIG heart Urvashi has volunteered at the Women's Development Resource Centre.

She also promotes the Urvashi Rautela Foundation, a cause her parents have been dedicated to for several years.

'When I see mentally challenged children or those abandoned by their parents, and they don't know where to go, I feel for them,' she posted on Instagram. 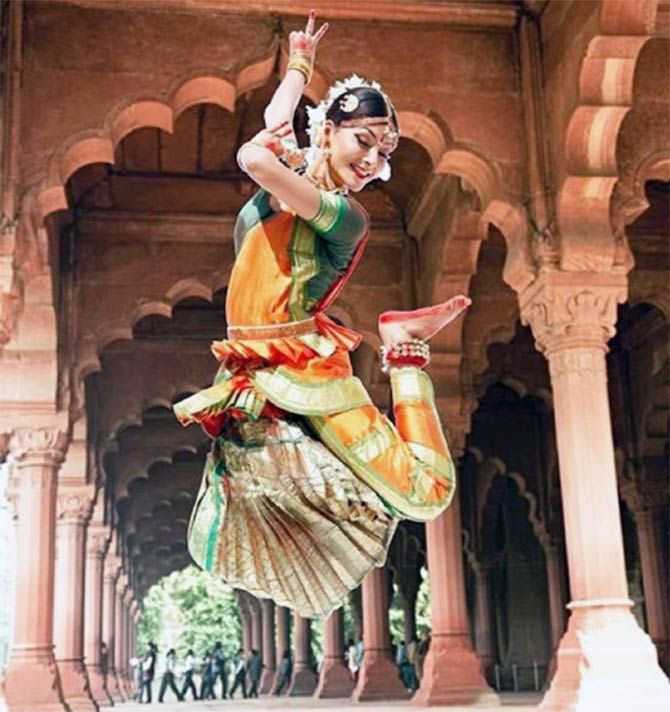 She has learnt seven dance forms.

Living up to her name 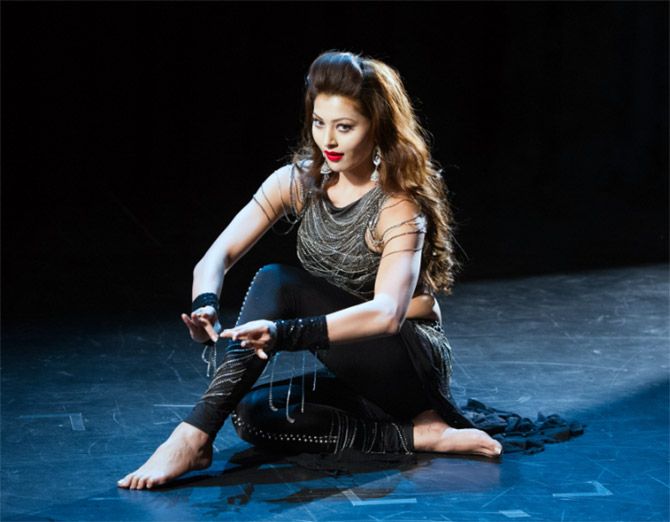 Urvashi showed her dance moves at the pre-tape segment prior to the Miss Universe 2015 pageant.

Incidentally, in Hindu mythology, Urvashi refers to an apsara (a celestial nymph) who mesmerized the gods with her dancing skills.

Quite captivating, isn't it? 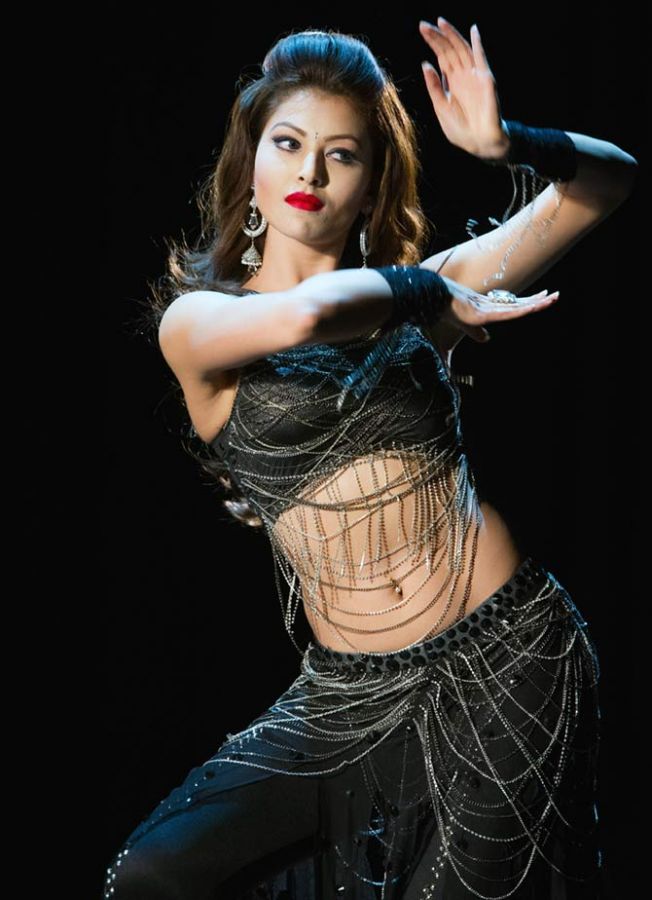 By 'it' we mean the outfit. Urvashi wowed the judges with her Bharatanatyam performance minus the traditional costume!

Her fans love her... 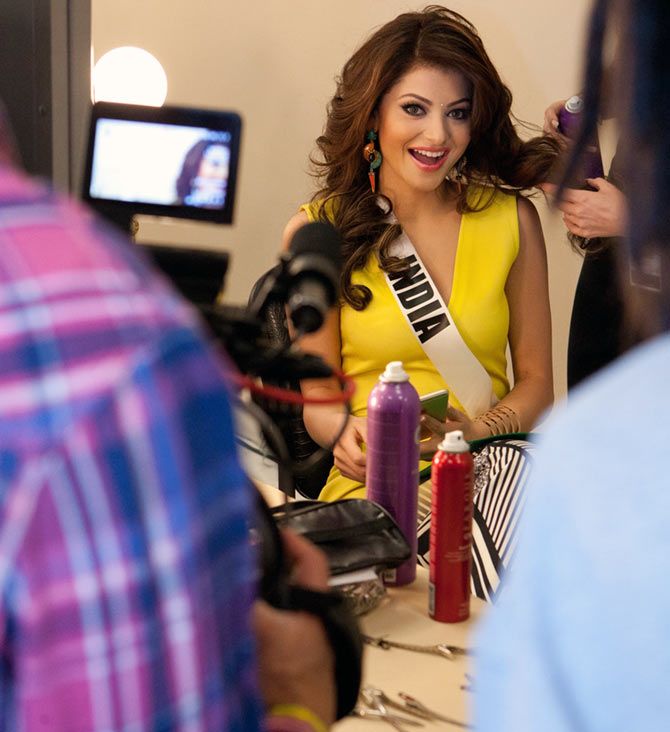 And so do her fellow participants at the Miss Universe pageant!

She loves bindis and bangles 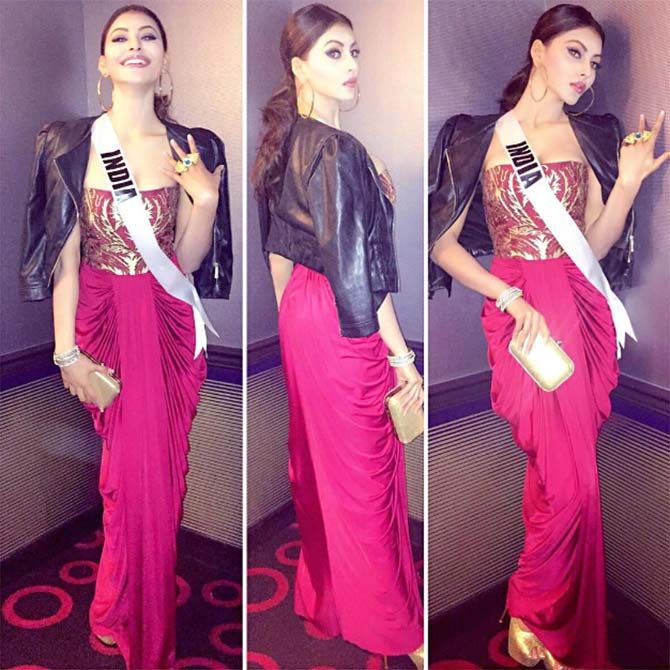 Before Urvashi left for the pageant, she packed bindis for the other participants too!

And they simply loved it... 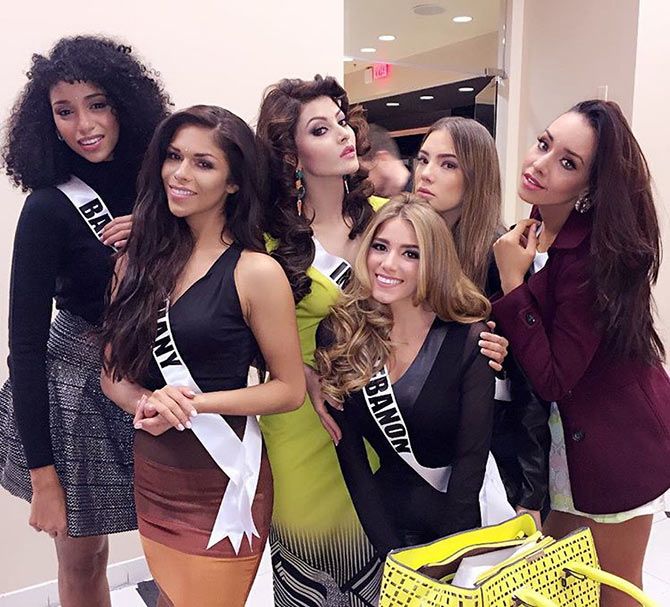 Urvashi posted this on Instagram and captioned it, 'Power of India!!!!! My beautiful girls getting happier n more happier after wearing bindis, jhumkas, mang tikkas, etc.' 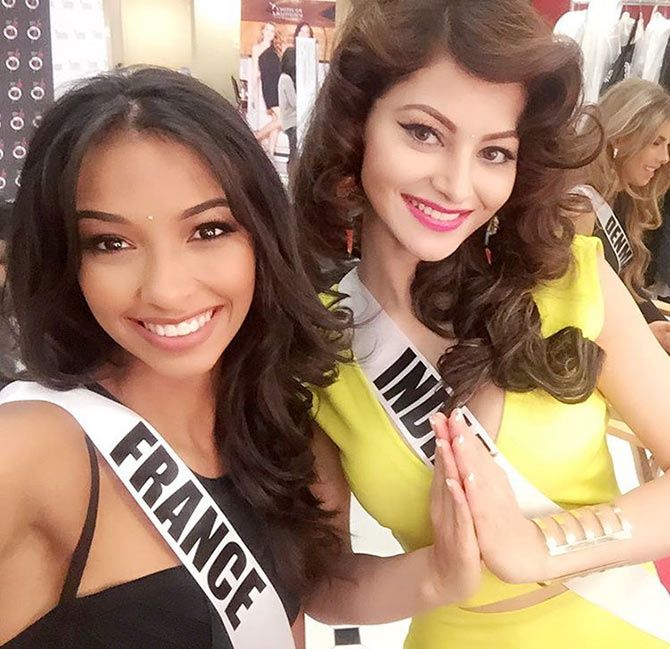 Urvashi posted on Instagram, '#missfrance rocking in her bindi!!!'

The life of every party 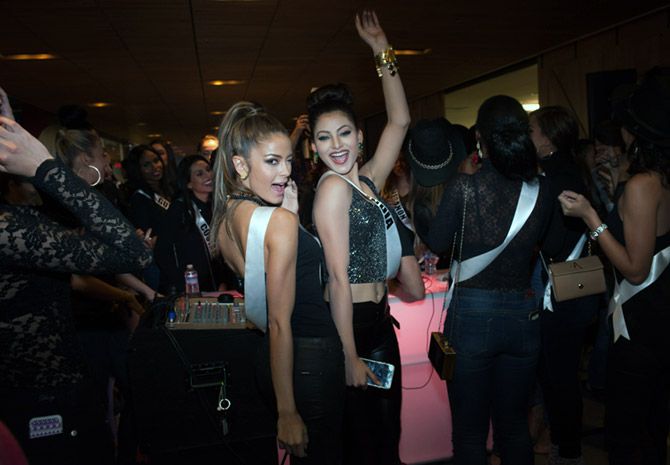 Going by her Instagram feed, she seems pretty popular among the contestants -- and everyone seems to be her 'best buddy'! 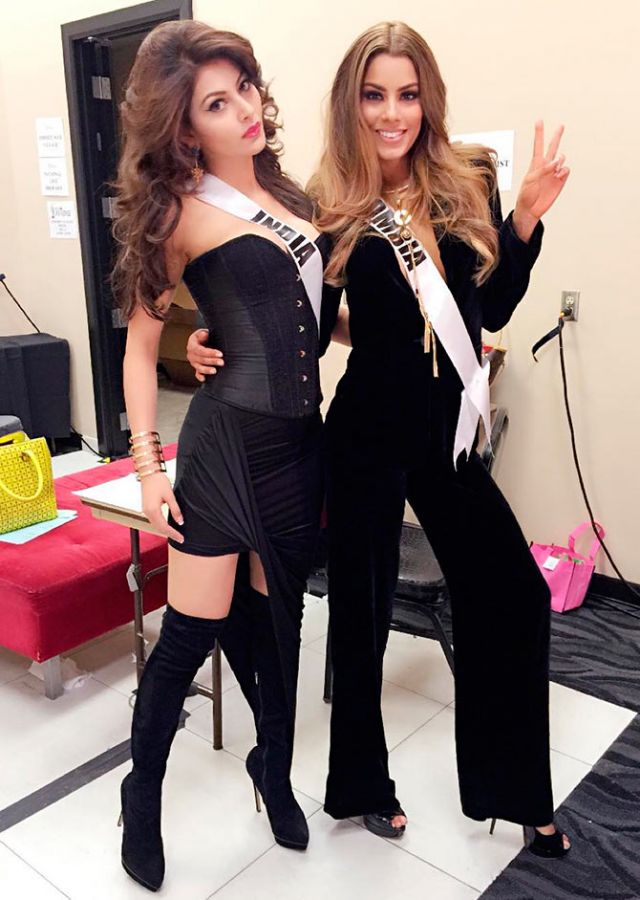 I've found a friend for life n that's you my Ariadna gutyyyyy #India #colombia #missuniverse2015' she posted on Instagram. 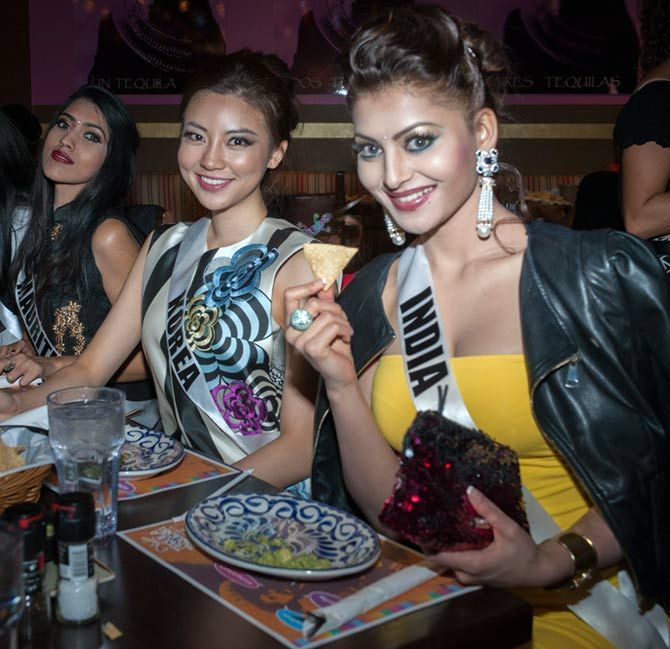 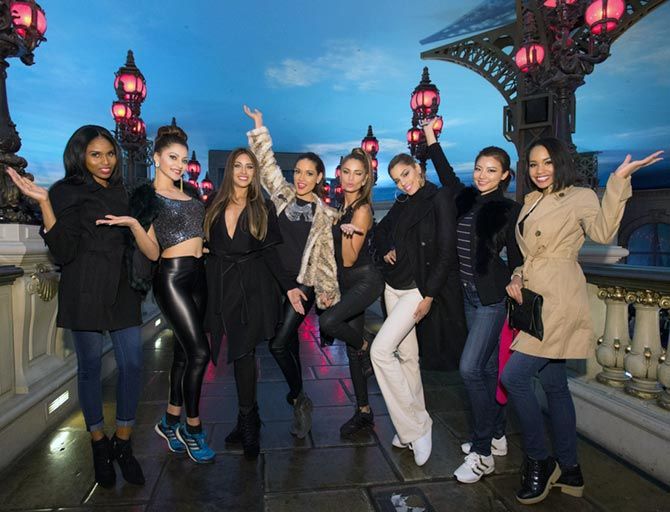 Urvashi and other contestants pose on a bridge leading to the Eiffel Tower, Paris.

We wouldn't be surprised if she were Miss Congeniality 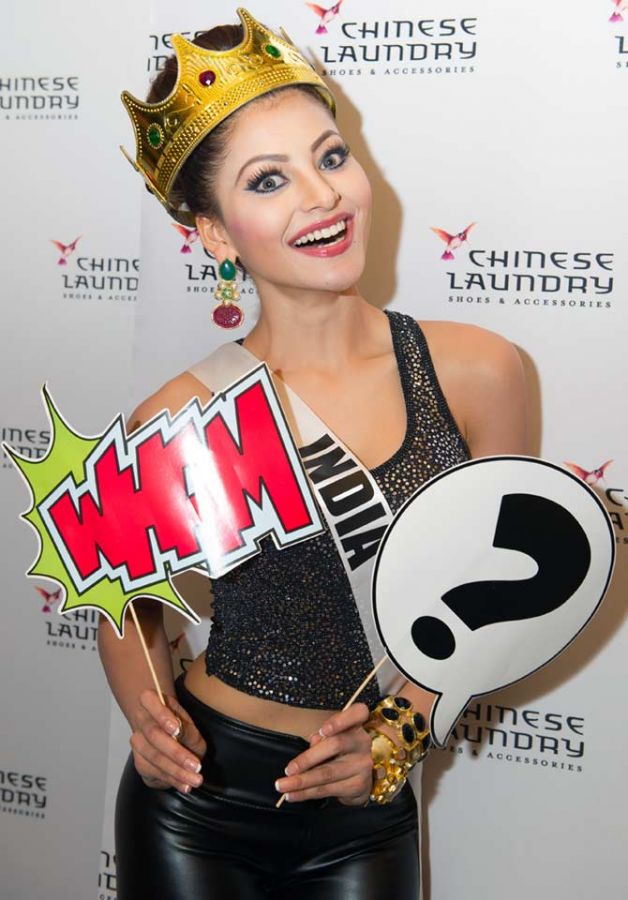 Here's wishing Urvashi loads of good luck for the Miss Universe 2015 pageant. Go get the title and do India proud!

Part 2 of The world's most beautiful women