Actor-model Rohit Khandelwal, 26, has made it big. And India is proud of him! 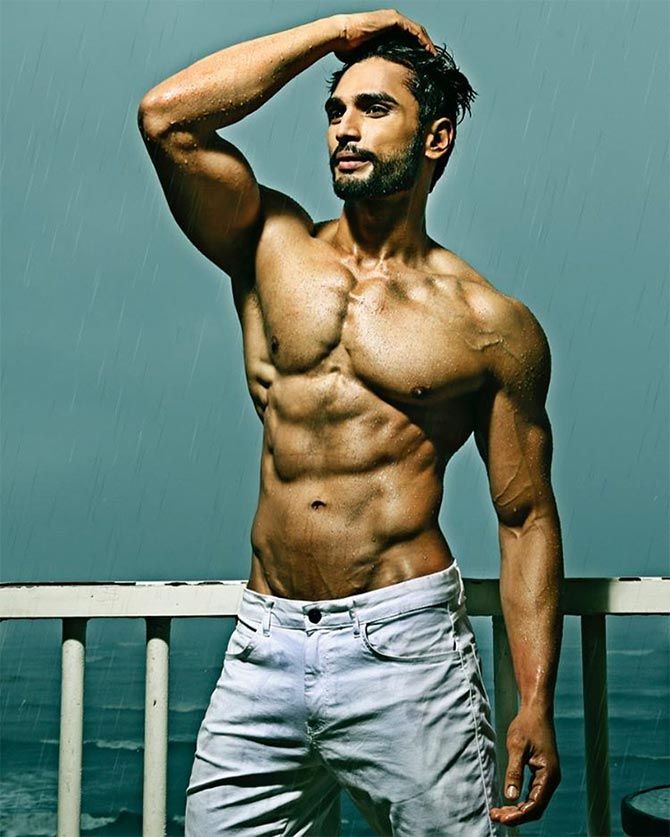 IMAGE: Rohit Khandelwal -- who weighed 85 kg earlier -- decided to move to Mumbai three years ago for pursuing a career in modelling. He lost 15 kg in a year and bagged his first commercial alongside Bollywood actor Kareena Kapoor. Photograph: Kind Courtesy Rohit Khandelwal/Instagram

Rohit Khandelwal has become the first Indian to win the coveted title of Mr World 2016 at the grand finale of the Mr World competition held at the Southport Theatre & Convention Centre in Southport, UK (The United Kingdom).

The 26-year-old model-actor from Hyderabad defeated 46 contestants from across the globe to be crowned the first Indian winner last night.

Khandelwal -- who looked dapper in a tuxedo by designer Nivedita Saboo -- received a cash prize of USD 50,000 (Rs 33,59,497 approximately) on winning this celebrated title. 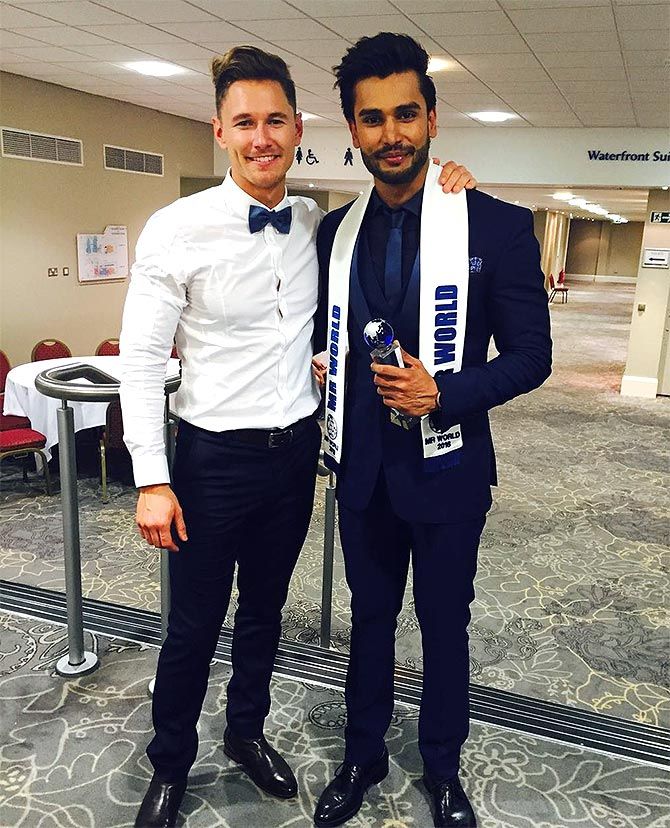 IMAGE: Not only is he the only Indian, but also the first Asian to win this coveted title. Here Rohit is seen posing with the Mr World trophy. Photograph: Kind Courtesy Rohit Khandelwal/Instagram

"I still can't believe that I have won the Mr World title. Being the first Indian ever to win this title internationally makes me immensely proud and ecstatic.

"It's a dream come true and am very thankful to the Miss India Organization for giving me this opportunity and guiding me throughout my exciting journey.

"My family, friends and my fans have been a constant support for me and this wouldn't have been possible without the support of my well-wishers," he said in a statement.

Mr World 2014 Nicklas Pedersen passed on the title to the new winner. 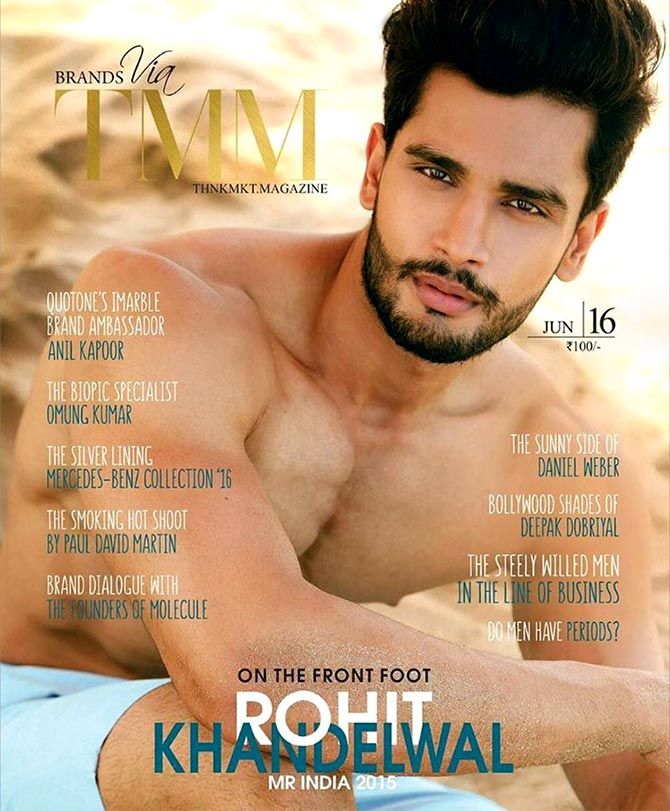 Fernando Alvarez, 21, from Puerto Rico and Aldo Esparza Ramirez, 26, from Mexico were the first and second runner respectively.

The event was hosted by Filipino superstar and Miss World 2013 Megan Young alongside professional singer and former Mr England Jordan Williams and Frankie Cena of Canada.