The designer chose an older model because she has several clients who are over 70.

Brazilian designer Raquel Davidowicz of UMA made headlines at the ongoing Sao Paulo Fashion Week in Brazil by roping in a 67 year old model to walk for her.

Dressed in a red tailored suit, Suzana Kertzer strode the ramp amidst loud cheer from the audience.

The emphasis was on a sophisticated and streamlined collection, ideal for a cosmopolitan woman.

Some pics from the fashion show. 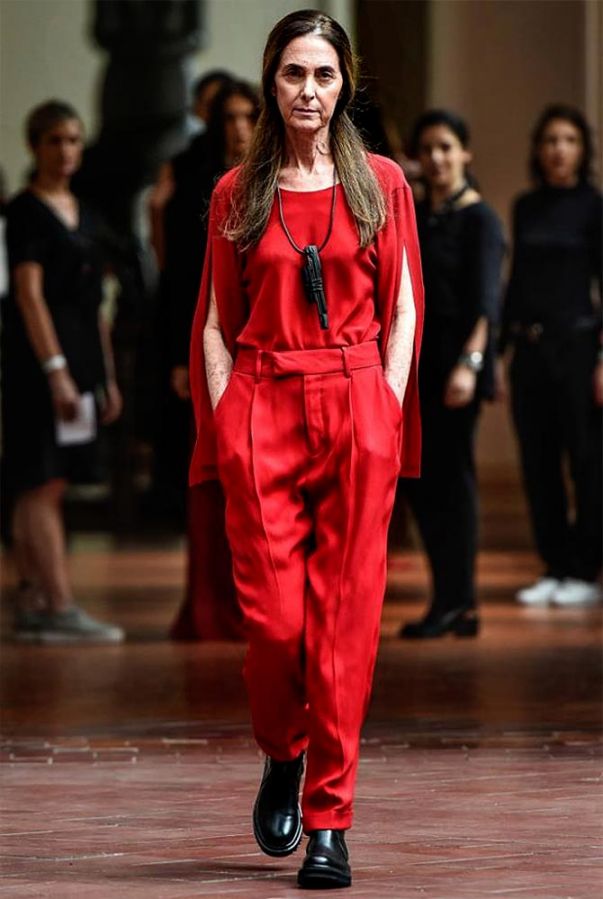 IMAGE: Kicking off the collection was 67 year old model Suzana Kertzer, a cousin of the design head at Raquel Davidowicz's UMA.
In her prime, Suzana has graced the covers of popular magazines including Claudia.
Photograph: Kind courtesy Sao Paulo Fashion Week/Facebook 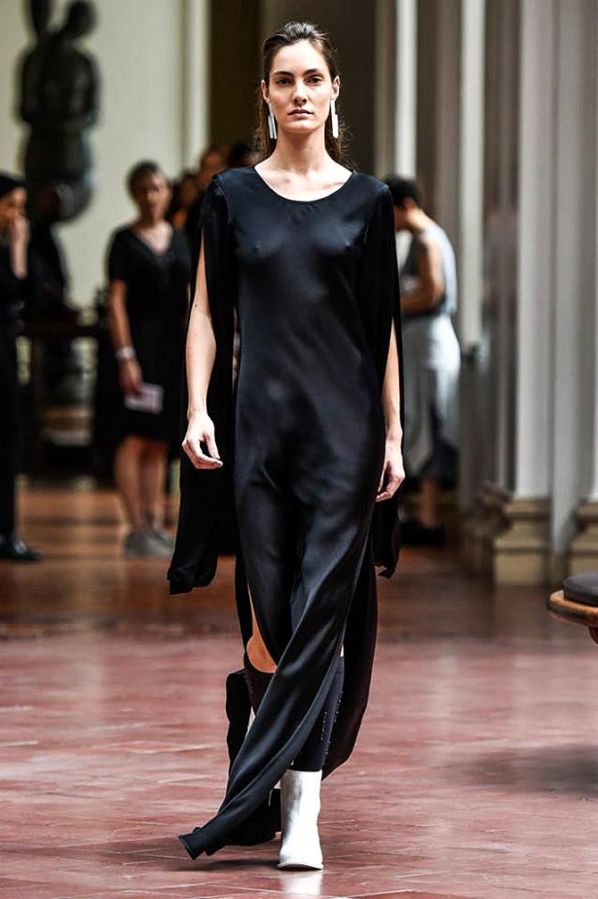 IMAGE: A model presents a creation from the UMA collection during the Sao Paulo Fashion Week. 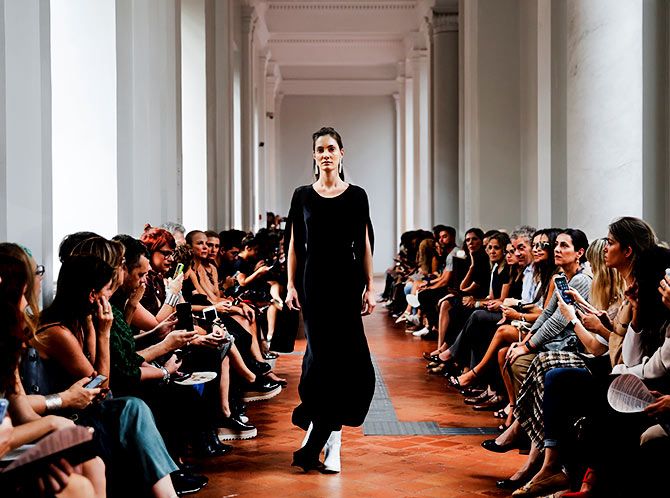 IMAGE: The collection was a fine blend of spohisticated fabrics and ensembles with a sporty touch.
Photograph: Nacho Doce/Reuters 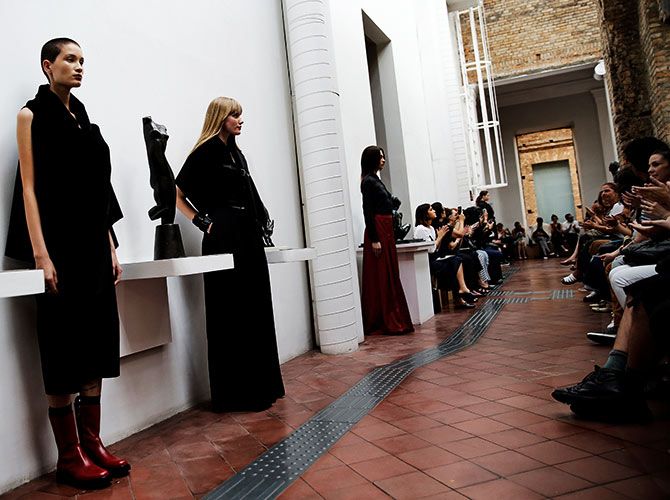 IMAGE: The colour palette was inspired by winter. Three colours -- black, white and red -- dominated the runway. Models (above) showcase the collection as the audience cheer for them.
Photograph: Nacho Doce/Reuters 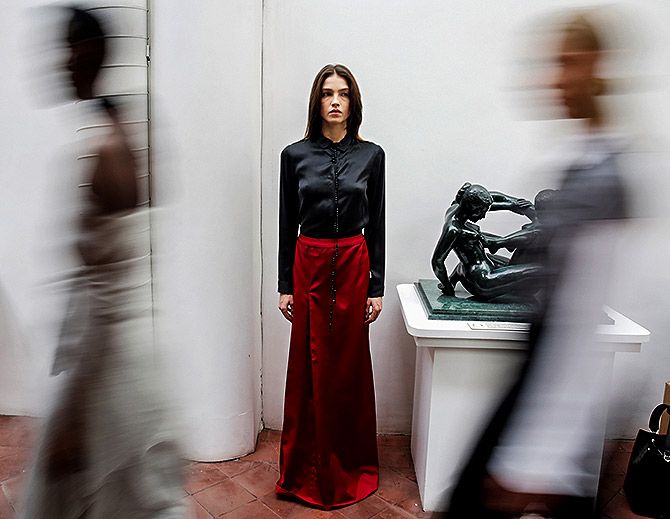 IMAGE: A model sports a full-sleeve black shirt with a blood red skirt at the show.
Photograph: Nacho Doce/Reuters 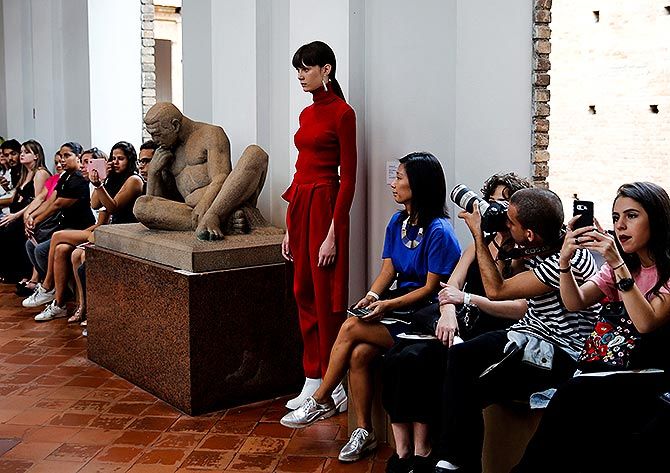 IMAGE: A cameraperson in the crowd takes a photograph of a model dressed in red.
After taking a round of the catwalk, a handful of the models stood next to the audience and the rest settled down on wooden benches.
Photograph: Nacho Doce/Reuters 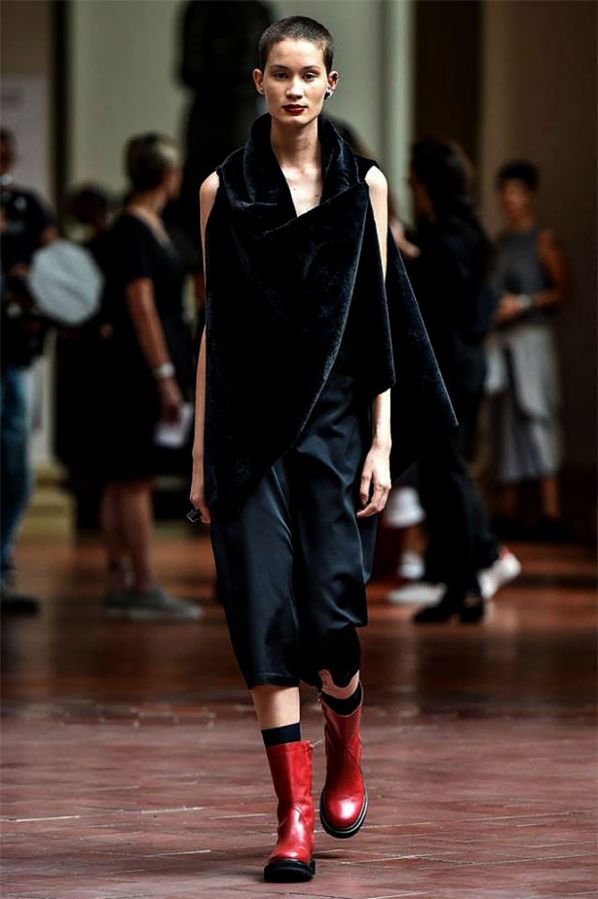 IMAGE: The highlight of the show were the military style leather boots with reinforced rubber soles. Few models (like the one above) wore red lipstick, making them standout from the crowd.
Photograph: Kind courtesy Sao Paulo Fashion Week/Facebook 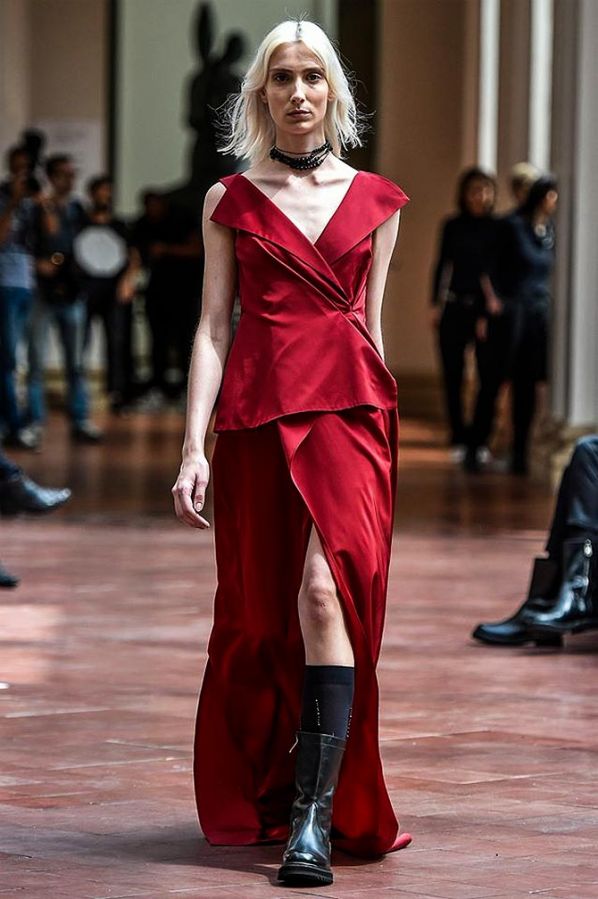