Review: I just used the Samsung Galaxy S9+ and this is what I discovered

The Samsung Galaxy S9+ ticks all the boxes for a flagship, says Abhik Sen. 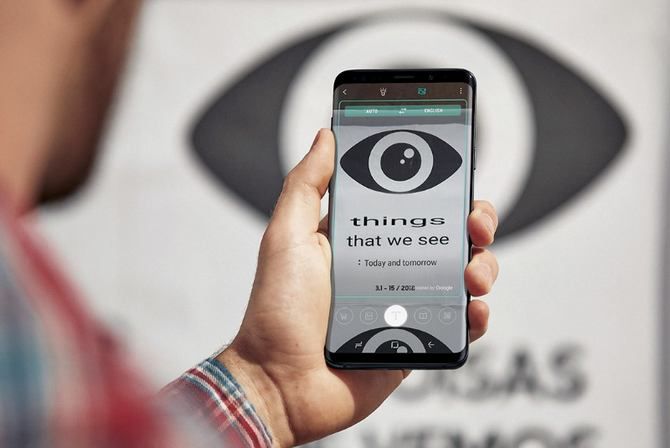 I'm a foodie and while I don't look like Bibendum, the Michelin Man, I'm getting there.

But I've been eating healthy for the past five years (or so I thought), but I was sure I had to cut down on calories.

And here I had a contraption that could give me approximate calorific values of the food I was about to have, just by looking at it.

Add to it the fact that I also had all my fitness data on the phone; and then, this delightful snapper had a food mode, which my wife loved to use to click pictures of her culinary creations.

Nirvana in a phone?

Not quite. The new phone looked a dead ringer for last year's flagship.

The Coral Blue review unit looked understated, yet made its presence felt; I flipped it over to find the 12-megapixel (MP) dual-camera vertical setup, with the fingerprint scanner just below it.

If you've used last year's S8/S8+ you must have had smudged camera lenses due to the not-so-optimal placement of the scanner; this time, it was easier to reach as well.

But the phone itself is a fingerprint magnet.

And like last time, the placement of the Bixby button is such that you may trigger it inadvertently while trying to use the volume rocker.

The phone started up pretty fast, and after the customary sign-ins, I was good to go.

The familiar Samsung interface seems to have a little less bloatware as default; but Bixby, in the limited time I used the phone, seemed to be a more polished version than last time's.

After setting up Intelligent Scan (which includes both iris scan and face scan), I tried it out indoors as well as in direct sunlight; it seemed more accurate than last year's in the limited time I used the phone.

The brilliant 18.5:9 screen looks bright and punchy, and if one doesn't like it, one can change the screen mode; I especially liked the cinema mode while watching videos. 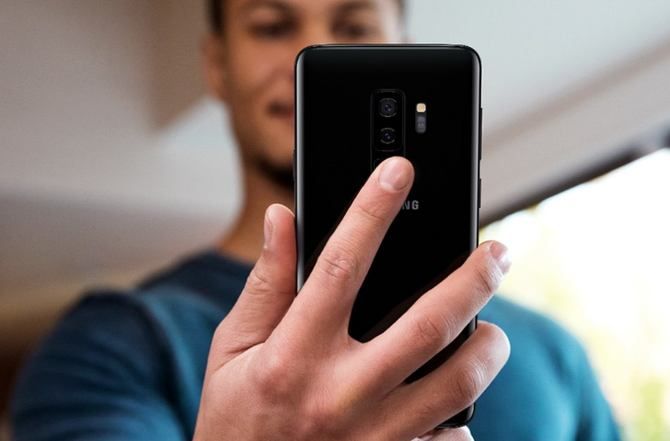 After downloading games such as Asphalt 8: Airborne, I started playing in Samsung's game mode, with many apps running in the background.

Of course, it was smooth and stutter-free.

Another improvement was in the sound quality; while not being extremely loud, the sound was rich and stereophonic; and despite playing in landscape mode, I didn't muffle the sound of the game.

I tried clicking a few pictures in low light — the wide-angle camera comes with a mechanical apertures of f/1.5 and f/2.4.

The camera lived up to Samsung's reputation as the king of low-light photography; the telephoto camera was also quite fast.

I loved the fact that based on the light conditions, the aperture is set automatically.

And the results are excellent; now if only it was as easy to hold as an iPhone X.

The secret sauce in the primary cameras is slow motion: Set it up and it automatically captures the movement in slow motion -- for example a water balloon splattering on the wall; and it can be played back multiple ways and set as a wallpaper.

A caveat: You need steady hands to shoot this.

The 8MP selfie camera seems dated; this seems a fix from last year with the bokeh effect often intruding into your face.

But once you invoke AR Emojis, you'll be laughing your head off. This 'democratises' the AR avatars ecosystem; that is, you can save these and share them anywhere (not just in iMessages, as on the iPhone X).

There are a lot of effects to play with, though, truth be told, I wasn't very happy with my Xbox-ish avatar; the one on the iPhone X was more accurate.

But for those who love staring into their phone, this gimmick will work.

In the day or so I used the phone, I could get through the day without charging, with regular usage.

The Samsung Galaxy S9+ ticks all the boxes for a flagship; it excels as a camera phone, but if you're already using the S8, you won't find a revolutionary upgrade. 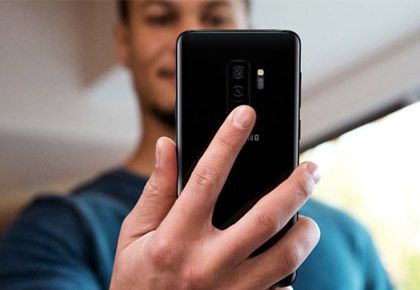