Karan Choudhury and Ajay Modi report on how the mobile and online gaming industry is fast turning into a top-dollar money spinner. 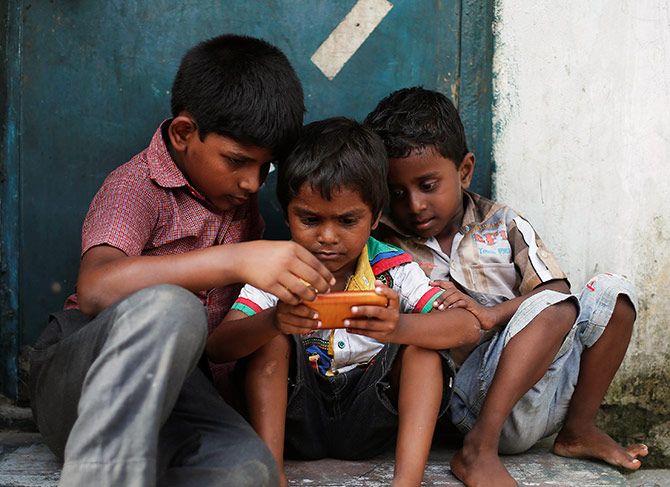 Graduating from ordinary graphics and slow game play, the mobile and online gaming industry in the country is fast turning into a top-dollar money spinner.

According to a recent report by Google-KPMG, increasing smartphone penetration and convenient digital payment options will drive the online gamers' base in the country to more than double to 310 million by 2021.

It also projects that the online gaming industry in India will gain momentum and grow at 20 per cent to $1 billion by 2021, from the current $360 million.

In fact, a 22-fold growth is expected this year in revenue generated by top 100 'freemium games' over paid apps.

In the top league is IPO-bound Nazara Technologies run by Nitish Mittersain, the managing director of the company.

"Mobile gaming is all about providing immersive and interactive experience. The best part is there is no age group limitation.

"Advent of smartphones in India has just made the gaming industry grow at rapid speed."

Nazara, which aims at delivering profit after tax (PAT) of ₹100 crore for financial year 2019, managed to cross gross customer billings of more than ₹550 crore for its most popular game, Chhota Bheem, with PAT of ₹66 crore.

It also has monthly active user base of 10 million.

The company has plans to go for an IPO by next year.

Realising the potential of the sector, Alibaba Group in July 2017 announced its first formal joint venture with mobile wallet company Paytm, to set up an online gaming company.

Paytm would hold 55 per cent stake while the rest is with Alibaba's Hong Kong-based private company, AGTech Media.

For the JV, Paytm set up a new company, Paytm Group, under Paytm Holding.

"The (Alibaba) Group believes this JV company will enable it to tap into the significant potential of the fast growing mobile entertainment market in the world's second most populous country," the company said.

Others stepping it up

Gaming start-ups such as Smaaash and Passion Gaming also secured funding to the tune of $3.8 million and $3.7 million, respectively.

Then there's U2opia Mobile, which recently announced the launch of Reycreo, a platform geared to help game discovery and adoption in frontier markets.

Subscribers to Reycreo have an option to dive into an 'all-you-can-eat' offering of over 500 browser-based bite-size games.

This also serves as a simplified initiation to the world of gaming.

"Indians are opening up to gaming in a big way. We handhold first-time gamers through the game content," said Sumesh Menon, Co-Founder and MD, U2opia Mobile.

But there are challenges such as bandwidth speed, handset compatibility and access to payment channels, that are in some ways curtailing rapid game adoption, Menon pointed out.