Ashish Narsale decodes all that is hot and all that is not about Samsung's latest phones. 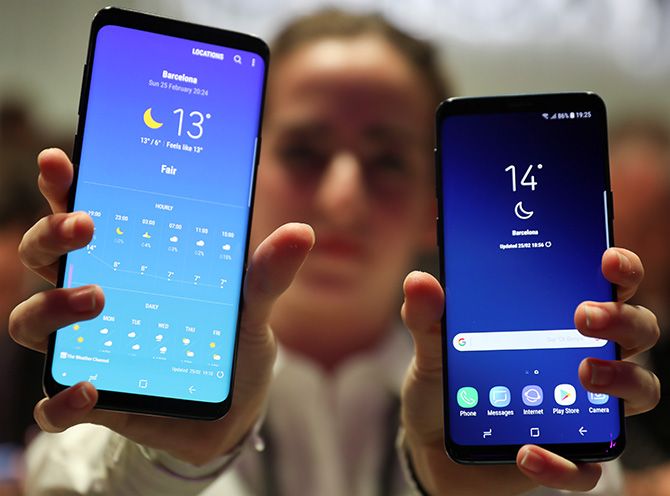 Both phones host a camera with the best specs till date, and finally bring the Samsung Galaxy S series into the Artificial Intelligence (AI) race.

The much-awaited phones from the Samsung stable were unveiled at the Mobile World Congress in Barcelona on February 25.

Both phones can now be preordered on Flipkart.

Both the variants are available in coral blue, lilac purple and midnight black.

Is the phone worth it?

A thin aluminum frame protecting the innards is sandwiched between Glass 5 Corning Gorilla glass, which protects the front dual curved infinity display and the back of the phone.

The curved display makes the phones appear bezel less, but it isn't. The top bezel incorporates sensors like proximity, iris scanner, camera and the bottom chin houses other electronics.

Samsung has also finally corrected the fingerprint position, which is now placed at the centre below the camera module for ease of use.

Both variants run on Octa-core, 10 nm SoC by Samsung's Exynos 9810 for EMEA (Europe, Middle East and Africa) and Qualcomm's Snapdragon 845 SoC (System on Chip) for the United States and China.

Both support external memory of up to 400 GB.

The phones support Samsung DeX (desktop experience), which means you can enjoy a PC-like experience by connecting the phone to a monitor via the DeX pad and access photos, video, check mails or surf internet.

The phones are also IP68 certified as water and dust resistant.

Both support wireless and fast charging.

Samsung provides it own mobile security in the form of the pre-installed Samsung Knox app. 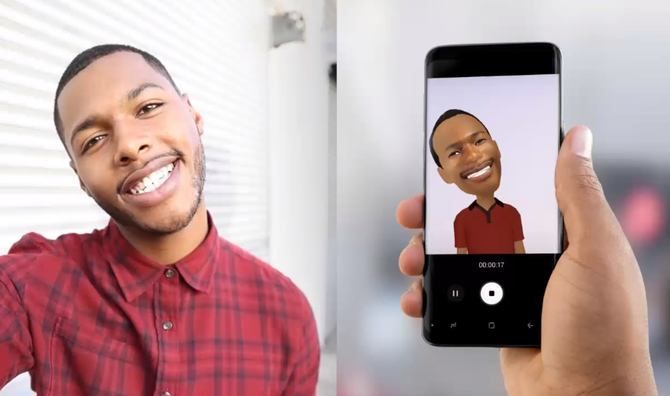 Based on what we saw at the launch, the biggest innovation in the Samsung Galaxy S9 and Samsung Galaxy S9 Plus is the camera. We have seen dual cameras, dual pixels, but now we have a camera with dual apertures.

But iterations of the phone have a primary rear 12 MP camera with a dual aperture setup in a single lens. The two apertures are f/2.4 wide and f/1.5 telephoto for shooting in bright light and low light, respectively. The aperture automatically changes according to the lighting condition or can be manually changed in the camera app's pro mode.

The video can also be converted to an animated GIF using three looping styles as reverse, forward, or swing, and can be added to the lock screen.

While shooting slow-mo videos, you can even use motion detection as the slow-mo will start recording as the action happens.

All of this is possible due to integration of the DRAM Memory chip with dual pixel image sensor directly in the camera.

Only the Samsung Galaxy S9 Plus has a dual camera setup, so those who are interested in buying small form factor phones with dual cameras will be disappointed.

The front camera is an 8 MP f/1.7 shooter; it supports autofocus and auto HDR.

Samsung has also added Augmented Reality (AR) Emoji; just like Apple iPhone X's Animoji it captures your facial expression and creates an animated avatar of you. The animated emoji can not only be customised according to your choice, it also not limited to Samsung devices; you can share them through any third party apps that support such sharing.

Additionally, with the help of Bixby Vision, the camera can translate different language signboards in real time and help you find a place when you pan the camera, detects food when you point the camera at it and give information regarding its calorie count, etc.

The camera might be the talking point, but it remains to be seen how well it performs.

It was expected that the Samsung Galaxy S9 would embrace AI, but if you are a Samsung Galaxy S8/S8 Plus owner, you should wait for the next iteration, as the AI is in the incubation stage.