Infinix Note 4: There are better options at this price

The under ₹10,000 market is flooded with budget smartphones with indistinguishable features, and Infinix phones don't stand out, says Uttaran Das Gupta. The under ₹10,000 smartphone segment in India is a saturated market. It is flooded with budget smartphones with indistinguishable features.

So, is there space for another one?

Chinese conglomerate Transsion Holdings, which has a moderate foothold in the smartphone segment in the country, seems to think so. It has recently launched two budget phones -- Infinix Note 4 and Infinix Hot 4 Pro. 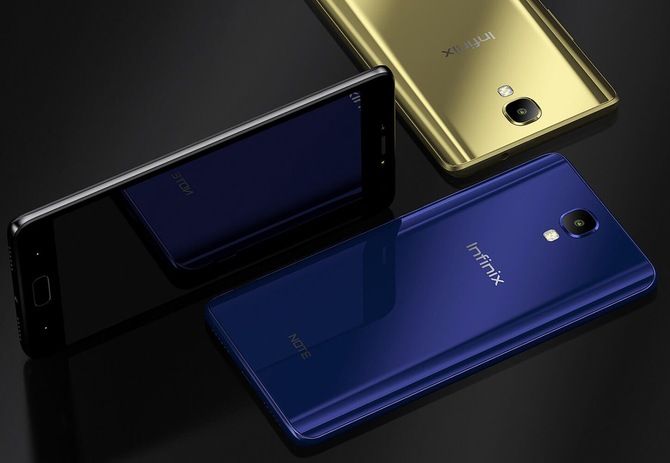 We'll look at first the one.

Priced at ₹8,999, it has been selling on Flipkart exclusively.

The customised colours make it look somewhat like the Samsung Galaxy S7, especially from the back. But unlike Samsung's mid-range and high-end phones, which are well-designed, the Infinix Note 4 is not.

The plastic panel ensures that the phone is not too heavy, but its back is susceptible to scratches, and gathers dust and fingerprints.

There are two speaker grills, but sound emanates inexplicably from one.

A unique feature is that the phone has a dedicated micro SIM slot, unlike the hybrid slots in most phones these days.

Its 5.7-inch full HD display has decent viewing angles and the colours are satisfactory.

But the performance can be a drag.

Performing basic tasks such as calling, texting or browsing the internet is seamless, but it lags while using multiple apps.

Both the front and the back cameras come with a dedicated flash each for low-light photography. But don't expect too much from it.

The phone's best feature is its 4,300 mAh battery that lasts up to 12 hours on moderate use.

Bottomline, if you want to spend ₹10,000 on a smartphone and not more, there are better options.