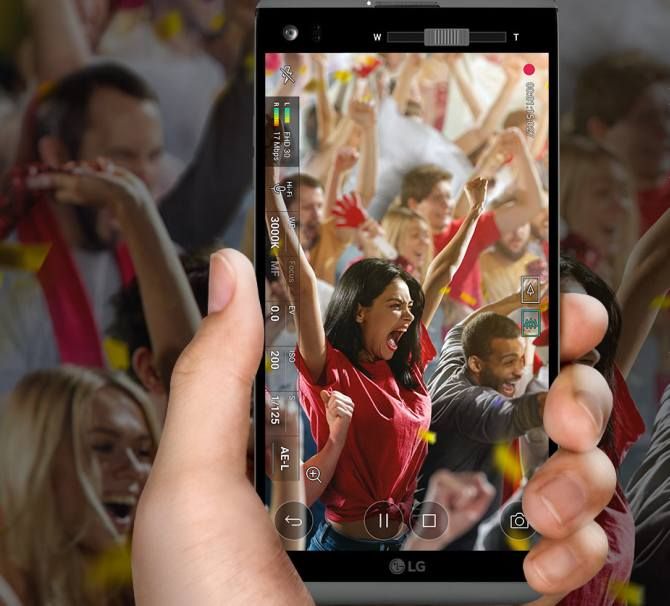 LG has had a rough 2016. Its flagship handset, the LG G5, took the modular approach. Due to lacklustre response and bootloop issues, it came crashing down instead of soaring up. Things looked gloomy for LG, but thankfully, LG V20 is all set to save the company some absolute blushes.

But wait. The V20? It is unwieldy, it doesn't comes with water/dust proofing, carries a camera bump at the back, and it is not coming with a polished Android skin either. Yet, the LG V20 has been able to take the crown of the company's flagship from the fledgling LG G5. What gives?

That LG kept its promise of supplying a removable battery is a big USP here. The microSD card support, and a camera system capable of churning out tremendous results, these turned out to be V20's strong points.

Together with a fantastic recording system, the handset has been packed to the teeth with superb hardware. We try to take a closer look at what makes this behemoth a recommendation-worthy handset, especially post the Galaxy Note 7 fiasco.

LG's decision to keep the V20's design language different from LG G5 paid dividends. The latter had an awkward exterior, which gave a not so premium feel with its sprayed on metal construction feel. The V20 comes cladded in a matte AL 6013 aluminum body, with poly-carbonate parts to assist the radio-waves.

Looks can be subjective, and while the V20 may look and feel lacklustre to some, others may appreciate its no nonsense approach. The handset looks elegant, and with MIL-STD 810G certification, it is geared to survive falls from regular heights. The handset weighs a decent 177 grams, and measures 159.7mm x 78.1mm x 7.6mm dimension wise.

When held, the handset gives the unibody feel, and one has to applaud LG here. The phone actually has a removable back which shields a removable battery, which has the microSD and Nano SIM card slots underneath it.

Coming to the front again, the handset has a dual screen set up, with the secondary screen sitting atop its bigger sibling. It doesn't stretch across the entire breadth as the front facing camera blocks its path. The main screen is a 3D arc glass (much like LG G5's) and meets the plastic sections in a smooth fashion, giving it a very classy look and feel when in use for making calls.

As for the button placements, the bottom is populated with USB Type C port, the speaker, and the 3.5 mm jack. The top is where we see IR blaster. On the left, one finds the volume buttons, and these could have been placed a bit lower for easy accessibility. The right edge is where one finds the release button for the back panel.

With rounded corners, LG has kept things simple, and imparted here to the V20 a build quality which exudes quality and confidence when held.

The 5.7-inch main screen is the IPS LED type. The colours are not as saturated as those on a Samsung, but the images are still very impressive, and so are the viewing angles, giving the AMOLED panel a good competition.

The 1440 x 2560 p resolution on the 'Quantum Display' screen ensures a pixel density of 513 ppi, and indeed, the sharp images are a testimony to that. The blue light filter should ensure that the readers heave a sigh of relief while reading their preferred content during the night time.

When the V10 came with the secondary screen, many dismissed it as a gimmick, but it proved to be a master stroke, and LG plans to further cash in on that. To quote some, the pint sized 160 x 1040 resolution screen has given tasks like displaying user's favourite 5 apps, quick tools option to keep things handy, and the media controls. There is also the option to put in a custom signature, but that part surely came across as gimmicky.

While it may take people sometime to start using the secondary screen, it does grow on you. Not getting disturbed by the notifications while doing regular tasks on the main screen is massive advantage, and it becomes apparent as one spends time with the V20.

At times users may hit the small screen frequently, while only intending to pull down the notification drawer. For those who do not like the option of the second screen, they can always turn it off.

The innards of the V20 maybe slightly behind now, but a configuration of Qualcomm Snapdragon 820 SoC paired with 4GB of RAM should make the task zip about. Add to it, the Adreno 530 for GPU and the 64 GB storage should cater for all types of storage needs.

Still, those who need more storage, the microSD card slot allows for expansion up to 256 GB.

A marquee product, the V20 naturally comes with all the expected features here. The dual SIMs device has the support for 4G along with VoLTE. There is Bluetooth (ver 4.2), Wi-Fi (802.11ac), NFC, and GPS.

A pleasant surprise was the Infrared support, allowing the big screen to be turned into a remote replacement.

V20 was the first handset to come out running on the Android Nougat OS (v 7.0), and it is the UX 5.0+, the LG skin, that greets the users. Users need to simply graze their fingers on the scanner to unlock, or double tap the screen to get in (or to lock the screen again)

Once inside, it is clear that while LG has made efforts to remove the quirkiness, some things still are irritable. The LG skin for example comes devoid of the App drawer. Users can enable it from settings, but it definitely is annoying.

The launcher itself is lagging if compared with other manufacturer's efforts. The notification shade is done well, and the accompanying features of Nougat like the Doze mode, multi window, quick reply, etc., provide the much needed enrichment on the software front for the V20.

The first panel to the left carries panels for calendar activity, activity tracking, among others. This of course can be disabled. LG's UX is themeable, so it gives the users something to play around with customisations.

Google In Apps deserves special mention. Allowing the users to not only look up for something particular in a wall of text, it also enables the users to look up information within the apps.

LG's own Quick Switch is a good thing to have, allowing users to revert to the first background app by double tapping the app switcher button. The removing of an app basically slots the app for removal within 24 hour's time period, allowing users to restore the app before realising their folly. Much needed option to switch over to single hand mode has been included.

With a Quad-core processor and ample RAM, it was expected that the handset will perform smoothly. Thankfully, that is the case, and even with an unpolished LG OS skin, the handset pulls a very pleasing performance.

The apps launched in an express fashion. Switching between apps, and putting the phone through the hoops with HD content went satisfactorily. The handset only got a bit warm, which is a commendable trait to have.

There was the odd lag, which could be due to the overlaying skin not being as fluid as it should be. Coming to the fingerprint scanner, it is blazingly fast and very accurate. Users will also appreciate the single speaker performance which holds its ground, but the major advantage is via the headphone route.

With four 32 bit Sabre ESS9218 DAC, anybody with a decent pair of head/ear phones can harness the quality offered by the lossless audio formats like FLAC/ALAC/DSD/AIFF. Those who intend to play the regular MP3 files will find hardly anything enticing here. With B&O headset in the box, LG is definitely not attempting to let this feature go unnoticed.

Last but not the least, those interested in recording anything will find the V20 a delight. With three microphones and HD recorder, the handset is able to pick up locations meant for recording with astonishing precision. Ability to record in FLAC (Free Lossless Audio Codec) is a superb addition.

The camera is one of the biggest attraction with the V20. The dual camera set up comprises of a regular lens, a 16MP snapper along with an 8MP wide angled lens. The latter has a 135 degree viewing field, whereas the former has its set at 75 degrees. There is the laser and phase detection hybrid autofocus system, and of course the advanced Optical Image Stabilisation, which combines hardware and software prowess.

The regular snapper has f/1.8 aperture, whereas the secondary camera comes with a f/2.4 aperture count. The front facing camera is a 5MP affair, offering a field of 83 degrees and 120 degrees wide mode.

While shooting modes like panorama, slo-mo and time-lapse are there as usual, there are the eight film type of video modes also. Manual mode is present, and is stacked up with options like granular control to RAW image shooting.

Some features are particularly interesting. Like for instance, where users can custom select the audio direction, making full use of the three microphones provided. Another feature is focus peeking, which allows user to see what is currently in focus with the assistance of hundreds of dots being around the subject.

As for the actual photograph results, the main camera takes some stunning snaps. The details are fantastic, colours turned out to be vibrant, and the results lag behind those of Samsung Galaxy S7 only slightly. The 2x optical zoom certainly helps in situations when needed.

Low light shots turned out to be good, too. Noise made its appearance, but details were fairly present in the snaps. Wide angled shots gave the fish eye effect and looked quite fun and par for the course. Details were expectedly less.

As for the videos, the hybrid OIS (named Steady Record 2.0) allows for smoother videos. The UHD videos came out to be superb, and same goes for the HD videos too. Packed with details, good colour reproduction. The users can flick between the main camera and the wide one seamlessly.

It should be noted that videos while pacing up and down are not as smooth as a Google Pixel. The selfie camera, along with its wide angled shots work as advertised. Either mode provides for good colours in the final pics, but the details are about good-ish only.

LG going for a removable battery in this age is something which deserves high praise. There is something very reassuring looking at the spare fully charged pack by one's side while stepping out for a long day ahead.

The V20 comes with a removable 3200mAh battery. On a mild to heavy usage pattern, the battery should last for an entire day easily, and should one need to reach out for the charger, the QuickCharge 3.0 technology allows for juicing up the pack completely in about an hour and 15 minutes. One can expect about 50 per cent charge within 30 minutes of charging.

As already mentioned, the LG V20 is not a perfect phone. In addition to the deficiencies mentioned earlier, the decision to not include dual speakers on such a big handset was baffling. The result is that it has a lot of everything, yet fails to reach the dazzling height a colossal phone should have. Currently being sold for Rs 55,000, LG would do well to pull the pricing under the Rs 50k bracket to give the handset a realistic chance.

What goes in the favour of V20 is its magnificent camera, the HQ recorder, and the Quad DAC it is packing.

While big screen phones may not be a novelty anymore, Samsung Galaxy Note 7's failure plays right into the hands of the V20. It will be a tussle between the uncertainty surrounding Samsung's quality check and LG's infamous bootloops. If the potential parties can ignore the latter, the feature loaded V20 definitely is a handset worthy of a consideration. 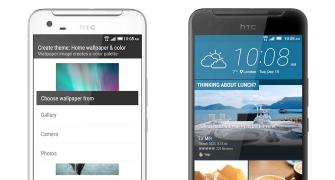 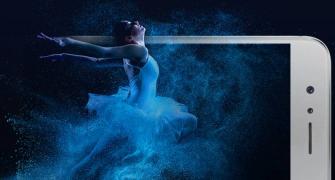 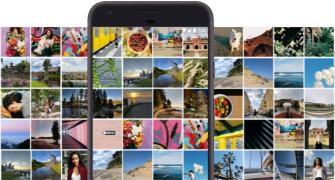 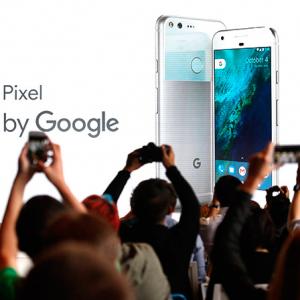 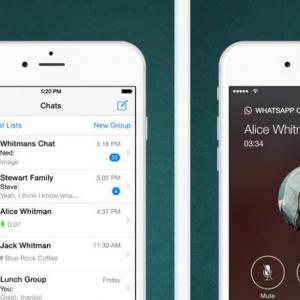