Despite its budget constraints, the Moto G5 Plus tries to match the mighty Samsung galaxy S7, but fails, says Himanshu Juneja 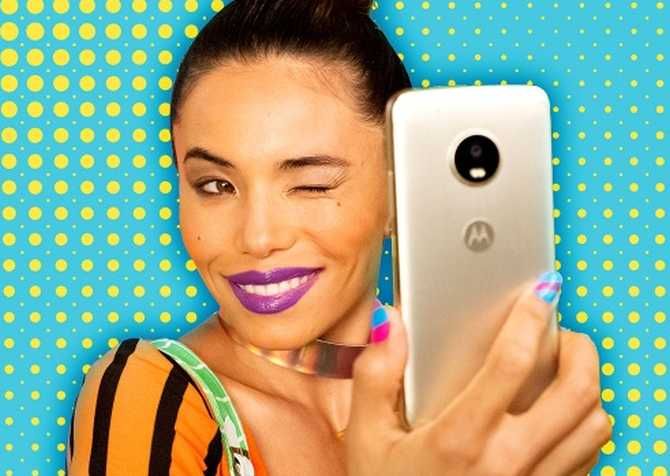 The Mobile World Conference 2017 at Barcelona, Spain, saw Motorola unveiling its much anticipated Moto G5 handsets. The Lenovo-owned Moto G series has had an enviable record of being a front runner for the budget line of smartphones and the latest Moto G5 duo seem well equipped to carry forward that legacy.

The recent years has seen the budget segment of mobile phones getting fiercely competitive, and as an effect, it has forced the manufacturers to become more and more innovative so as to avoid perishing.

While last year's Moto G4 showed up in two flavours, the intense competition meant that this year's release had to further stand out.

Motorola delivered by bringing in the long pending upgrade of the design language, and adopted a metal built.

There are yet again two models for 2017 -- Moto G5 and Moto G5 Plus, the latter offering the buyers an option to pick up a more premium budget handset.

There were quite a few surprises in store like Android Nougat, premium camera hardware, a removable battery and of course the decision to go with smaller display than what was seen on the Moto G4.

We felt it was time we delved a bit more with the latest from Motorola.

As mentioned earlier, both the G5 and G5 Plus are primarily clad in metal, with the metal back having plastic bits at the top and bottom. These body coloured pieces look high quality faux metal and blend nicely with the design. Those who prefer keeping a spare battery are bound to feel elated.

Batteries on both the handsets can be quickly juiced up via Turbocharge feature. Lenovo decided to keep the USB 2.0 port and the 3.5 mm audio jack on both.

Coming to the display, both the handsets have a Full HD display (1080 x 1920p). The Moto G5 Plus carries a 5.2-inch screen, whereas the Moto G5's display will be 5-inch. Both the handsets will be touting Gorilla Glass 3 toughened glasses. As for the all important hardware specifications, the Moto G5 Plus is the more beefier one as it carries Qualcomm Snapdragon 625 SoC, Adreno 506 GPU and either of 2GB/3GB/4GB of RAM. The onboard storage comes in either 32 or 64GB capacity.

The variations will be released depending on regional basis. Users of either phones can further expand the storage space by another 128GB via microSD cards.

The camera department is where the Moto G5 Plus springs a big surprise.

Motorola has equipped the handset with the same hardware as seen on the much acclaimed Samsung Galaxy S7.

The 12MP camera has an f/1.7 aperture, but unfortunately lacks image stabilisation. Thankfully, a superb SoC means that there is 4K video recording option on board. Impressive night time photography can especially go a long way in establishing its dominance in the segment.

The Moto G5's 13 MP camera has a more regular sounding f/2.0 aperture. While it may also not have image stabilisation, Motorola has included the phase detection autofocus feature for some bragging rights.

Both the handsets have the same 5MP front facing camera (f/2.2). 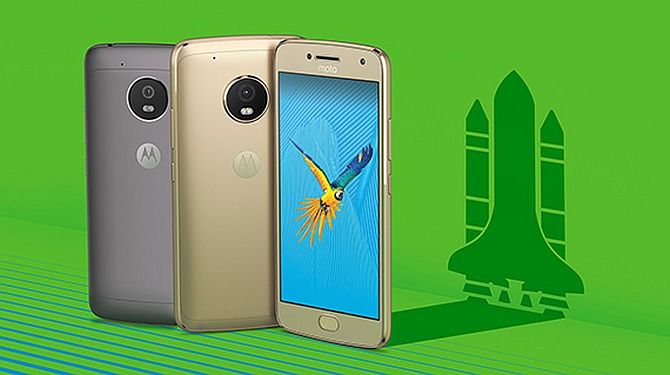 The features on the Moto G5 are very impressive, and things become even sweeter with Android Nougat being available right out of the box.

Lenovo not tinkering around with stock Android has been one of the major USP of the Moto G series, a decision which has enabled the handsets to pip some of the more capable ones in the competition.

Add to this Google's decision to include Google Assistant on non-Pixel phones and this will be a big boost here.

Motorola included a very neat feature on the fingerprint scanner embedded home key, allowing the user to use the button as an alternative for the onscreen navigation buttons via different swiping ways.

The Moto G5 Plus has been slated to launch in India on March 15 but there is no official word for Moto G5's availability.

It is not entirely impossible that Lenovo releases the Moto G5 after a delay to boost the slightly more premium sibling. While this may result in better sales for Moto G5 Plus to an extent, it is not a far fetched estimate that those eyeing the Moto G5 specifically may drift towards Xiaomi Redmi Note 4, which is brandishing the Qualcomm Snapdragon 625 SoC itself.