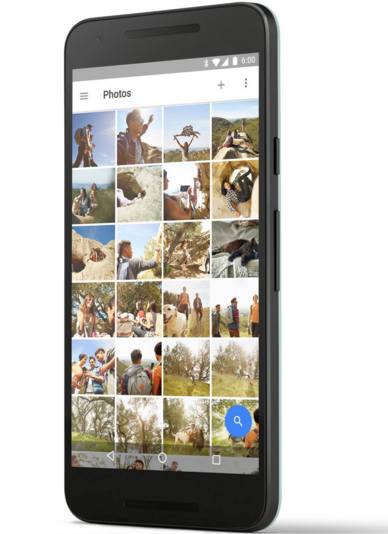 With a passable built material, and decent battery back up, the chances of the phone commanding premium price dwindled quite early. Anybody with a budge of thirty thousand plus will gladly go for something more worthy like Moto X Style, says Himanshu Juneja

The launch of the latest Nexus mobile phones took many by surprise. Even though rumours had taken care of the shock factor, the surprise was still palpable. Google brought forward not one, but two Nexus phones for the year 2015.

While the Nexus 6P is the 'Premium' handset, Google explained that 'X' in the LG manufactured 'Nexus 5X' stood for the core values of being affordable and being smaller in size. This is the first time Google has deviated and allowed bifurcation of the Nexus phone line-up for catering to different segment of buyers.

The Nexus 5X does look low on specs when compared with Huawei manufactured Nexus 6P, but also carries a more pocket-friendly price tag. The buzz majorly has been around the powerful and identical camera modules the phones carry and it will be interesting to see how the more affordable one fares out when looked at closely.

The Nexus 5X has the rubbery textured plastic body from Nexus 5. The phone gives the familiar soft feeling when held and thankfully, never looks or feels cheap. But truth be told, it is just about passable and not exactly exuding a lot of confidence expected from a Nexus device.

In simple words, the material just about does the job. The phone is incredibly light, and the phone weighing just 138 gms is one of the many wow factors of this phone.

The top side of the phone has been left undisturbed, save for a microphone. The left side houses the Nano SIM card slot, whereas the right side plays host to the power button as well as the volume rocker. Lastly, the bottom part carries the 3.5 mm audio jack, another microphone port and the very latest USB Type C port.

The phone makes people believe that it has dual speaker set up, but sadly that is not the case. Only the top half of the phone carries the speaker and the other grill only hides away a notification LED. For some reason, this LED has been kept turned off by default.

Turning the phone over, one finds the finger print scanner, the camera lens, and the twin LED flash along with the laser guided focus system. The noticeable hump of the camera is due to the big sensor used here.

Overall, the built quality is strictly satisfactory. The material used for the phone is not very resistive, and expect light scuff marks within few weeks of usage. Getting a phone cover will make sense.

The screen on Google's latest here is a 5.2-inch affair. The full HD LCD panel is carrying a resolution of 1080 x 1920p, which gives a crisp feel to the display. 423 ppi count for pixel density and Gorilla Glass 3 for protection against bumps inspires confidence.

The screen overall is a pretty good unit. The colours come out accurate with impressive black levels as well as viewing angles. The brightness levels on the other hand seemed a bit less, as there is no dearth of other mobile phones which offer more room for cranking up the brightness levels.

Thankfully, this did not hamper the readability of the screen's content under direct sunlight.

Overall, the screen is not something which can lay a claim to the title of class leading display. While it does the job and should not leave the users disappointed, it surely could have been better.

Nexus 5X has been beefed up amply to reflect upon its flagship status. Apart from being an LTE device, the phone comes with WiFi, WiFi Direct, Bluetooth (4.2) and the all important NFC technology.

For navigational assistance, users will find AGPS and GLONASS at their disposal. Omission of FM Radio was disappointing, but not something unexpected.

A hexacore device, Nexus 5X finds itself carrying a Qualcomm Snapdragon 808 chipset, and the six cores operate at a clockspeed of 1.8 Ghz. Adreno 418 handles the graphics department. The handset comes with, a modest by today's standards, 2 GB RAM. This seemed like an effort to keep the cost in check.

While the idea of Nexus 5X is to be focusing on Android's core values, the RAM surely should have been on the higher side. This would have not only ensured smoother performance, but also future proofing to a good degree.

Much has been written about Marshmallow being more of a refinement of Android's Lollipop version and we agree. But there are a few tricks up Marshmallow's sleeves as well and they deserve a mention.

The explicit App permission is something which will make most of the users jump with joy. No more granting a blanket permission for whatever the developer wanted. Relevant access will be asked in real time, like WhatsApp asking permission to fire up the camera when the user decides to use the in-app feature.

The native support for the finger print scanner not only brings out a sharp and slick finish to the Nexus Imprint, it also is a huge boost for Android Pay. Expect more stores and countries to start supporting the cashless transaction service.

The Doze mode is definitely one of the highlights and directly benefits every Android smart phone user. The new technology puts the non-relevant apps to rest when the phone is in an inactive state, like lying on a table. This boosts the battery back up to impressive numbers. Phone makers and users alike can breath more easily now.

Google decided to do away with the page wise arrangement of the apps. Now the users scroll through the installed content vertically. The frequently used apps can be found enlisted right beneath the search bar. The search bar in itself provides assistance in locating the app or helps in installing it via Playstore.

Disappointingly, some features are still half-baked, like the ambient display and Google Now on tap. While the former struggles to kick in when the phone is picked, the latter is still off target with the results. Getting both these correct in the next update should be Google's goal.

If there were doubts about the performance of the Nexus 5X owing to the modest looking 2 GB RAM, those doubts were quickly quelled. The phone zips through the tasks and performs along expected lines of a Nexus device. More RAM would have certainly helped with better caching but cost cutting move is pretty much evident all along the phone.

The transition effects turned out good, the HD content rolled off smoothly without an hiccups. The phone does get warm over CPU intensive tasks, but never touched any levels to sound the alarm bells. The Nexus Imprint is exceedingly fast and provides a virtual sentry ready on its toes to unlock the device for the user. Upon unlocking, the user lands directly on the homescreen, as the lockscreen gets skipped entirely.

The front-facing speaker should have been a dual set up, and it was pretty disappointing not to find one. The lone speaker is loud enough but fidelity suffers at highest levels. 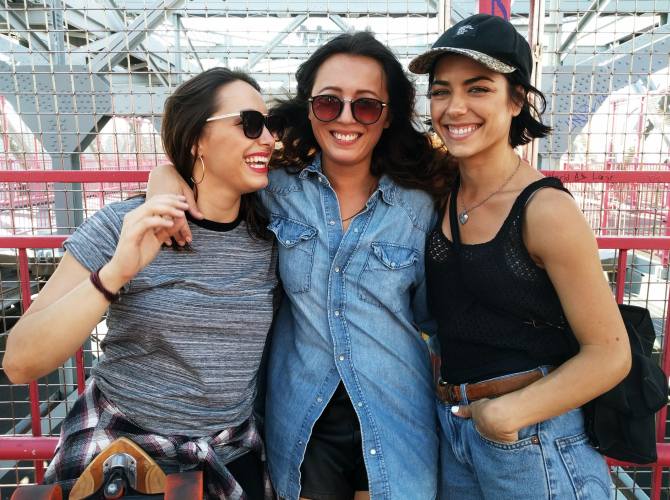 The camera is a 12.3 MP unit, with 1.55µm pixels. According to Google, the large sized pixels along with f/2.0 aperture, allows for more light to be captured and thus eliminates the need for optical image stabilisation (OIS) to a good degree.

Well, the news is that Google is wrong. While the picture quality comes out fabulous, the missing OIS definitely doesn't go unnoticed. With the bad news out of the way, the camera here comes for a lot of praise after looking at the results. The picture carries rich amount of details, colour, as well as contrast. The HDR+ features works well to mitigate uneven lighting, but does makes the whole process of capturing a bit longer. This can be frustrating.

Night time photography is not half bad either. There is presence of some grains with the results, but the pics are pretty decent even if there is small amount of illumination around. User will definitely not hitch while sharing them around or even on social media websites.

User can launch the camera app by quickly pressing the power button twice, but there is the need to fine tune this, especially while screen is powered on while the phone is still unlocked. The phone's screen goes off since the phone gives priority to the first tap of the power button. Also, trying to fire the camera app from a truly locked state isn't always successful.

There is the option to shoot videos in 4k resolution at 30 fps, and to capture slow motion videos at 120 fps frame rate. Compare this with Nexus 6P, which also allows for slow motion capture at 240 fps, and it does rankle and the variation can be attributed to the watered down hardware.

The app is still in the need of an overhaul; there are small lags and the advanced options are buried deep inside. A cosmetic makeover won't hurt either. Users will do well to get a third party app since Google slipped noticeably here. The front camera is a 5 MP affair, and captures quality selfies.

As was expected, the handset comes with a non-removable battery unit. The 2700 mAh battery is sealed inside and provides enough juice to the device to last a full day. This was for moderate to heavy usage pattern.

While this is certainly not great, the phone comes with quick charging technology and goes from zero to hundred per cent in about an hour and fifteen minutes. It was disappointing to see that this is not the QuickCharge technology, as the Nexus 5X is still a flagship device. Adding to the dismay is the fact that there is no wireless charging support for the phone either.

LG also decided not to include another wire which would have come in handy for users to transfer data from their computers. The only cable inside the box has USB Type C connectors at both ends, which means that owners will have to purchase the cable separately.

Without going round in too many circles, Nexus 5X is a pretty good phone. It performs like a Nexus device is supposed to, has finally proven (along with Nexus 6P) that a Nexus device can come with a great camera, and the battery pack carries the phone through the day as well. The snappy fingerprint scanner and guaranteed updates makes up for a strong case.

However, the sheen takes a hit once the pricing is factored in. The mere existence of 16 GB model for a premium flagship device is disappointing and the asking price of Rs 31,900 spoils the impression further.

Nexus or not, a phone lacking dual speakers, a class leading display and with OIS missing, asking for such a steep price really is pushing it.

With a passable built material, and decent battery back up, the chances of the phone commanding premium price dwindled quite early. Anybody with a budge of thirty thousand plus will gladly go for something more worthy like Moto X Style. Expect LG to bring in price cuts soon. 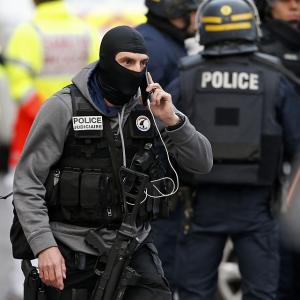 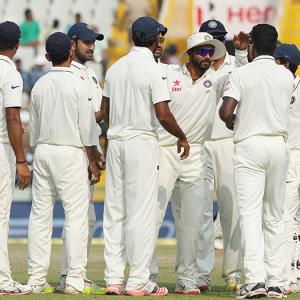