Try the LG G8X to experience for a fresh experience, but do not keep your expectations too high, says Khalid Anzar. Foldable devices are promising, but the first of the kind -- the Samsung Galaxy Fold and the Huawei Mate X -- show that bendable screens are still in their early days.

The other option is to have a dual-screen display.

The LG G8X ThinQ is an experiment of the latter kind. 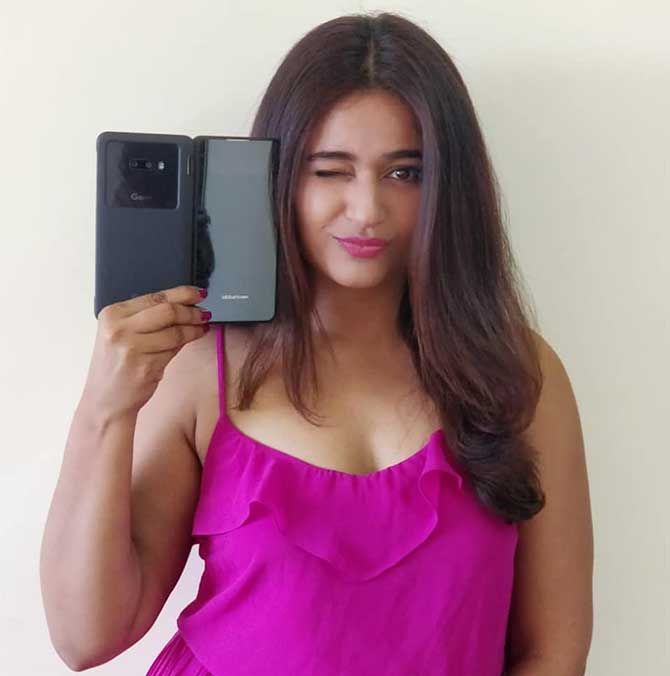 The phone has a two-piece design -- a standalone smartphone and a foldable case with a second screen.

It has premium glass-metal construction with an IP68 rating for water and dust resistance. The phone is also MIL-STD tested for shock resistance.

The LG G8X ThinQ is not heavy and feels ergonomically appropriate.

However, attached to its foldable case, it's a different story.

The case feels sturdy but is also broad and bulky.

And though it is easy to open and supports a 360-degree movement, its wide profile makes it difficult to operate with one hand.

Thankfully, the case has a smaller monochromatic screen on the front for a quick glance at information like time, date, caller ID, notifications, etcetera. 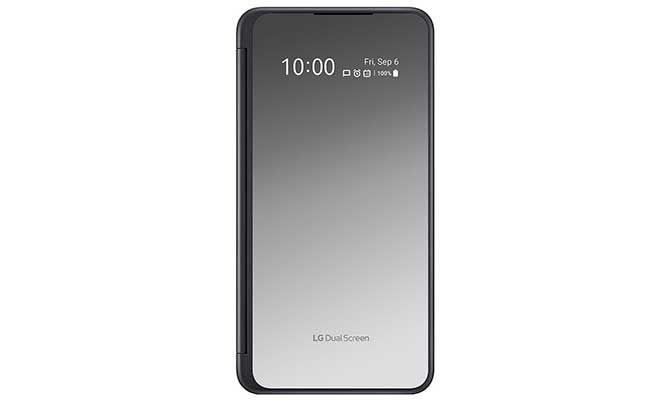 IMAGE: The LG G8X ThinQ has a smaller monochromatic screen on the front for a quick glance at information. Photograph: Kind courtesy LG.com

The LG G8X ThinQ is the first phone in India to feature a dual-display design, which allows it to work as a standalone device much like any other smartphone, or as a foldable device with dual displays working together.

Both displays are OLED units of 6.4 inches each, have a fullHD+ resolution and an aspect ratio of 19.5:9.

As for utility, the dual-display design enables easy multitasking.

You can move the contents from one screen to the other or swap them entirely.

Another use for the dual-display case is gaming.

It has action buttons, trigger buttons, D-Pad and so on.

The combination of the two screens, however, does not feel polished.

This is partly because both the Android operating system and its apps ecosystem do not support a dual-screen platform, which makes the phone feel like a prototype released in a rush. 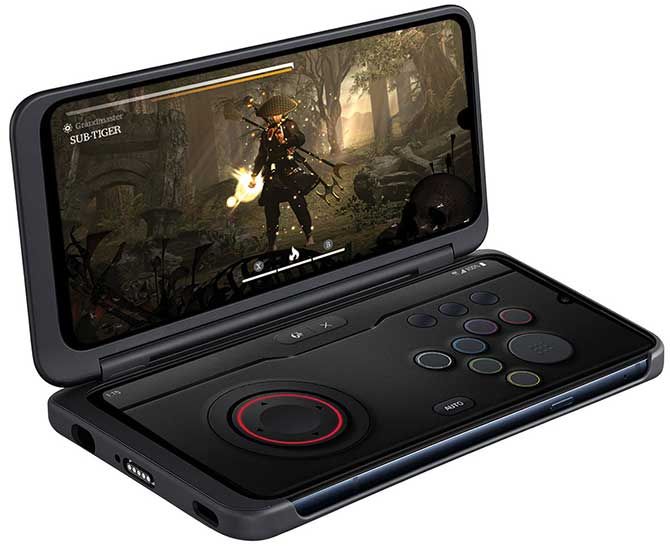 The phone has a dual-camera setup at the back, featuring a 12-megapixel primary sensor and a 13MP ultra-wide sensor.

The combination is satisfactory at best.

In daylight, the primary sensor takes decent shots with ample details, but the output shows traces of a soft purple colour across the frame.

Similarly, the ultra-wide shooter does its job of capturing wide frames without barrel distortion, but the output lacks sharpness.

IMAGE: The LG G8X ThinQ has a two-piece design -- a standalone smartphone and a foldable case with a second screen. Photograph: Kind courtesy LG.com

The phone's performance is sleek and it handles everyday tasks without stutters.

Its 4,000 mAh battery is good for a day's usage. But though the phone supports fast charging, it takes more than two hours to charge it from zero to full.

At Rs 49,999, the LG G8X ThinQ is expensive and does not match its competitors in imaging, performance or on-battery time.

Nonetheless, it is the only phone that comes with a unique dual-screen case, which is good for multitasking, gaming and browsing the web.

The newness is worth a try, but the overall package is still a rough cut. 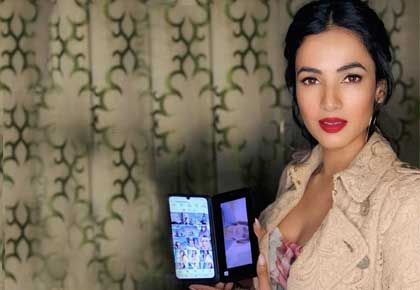