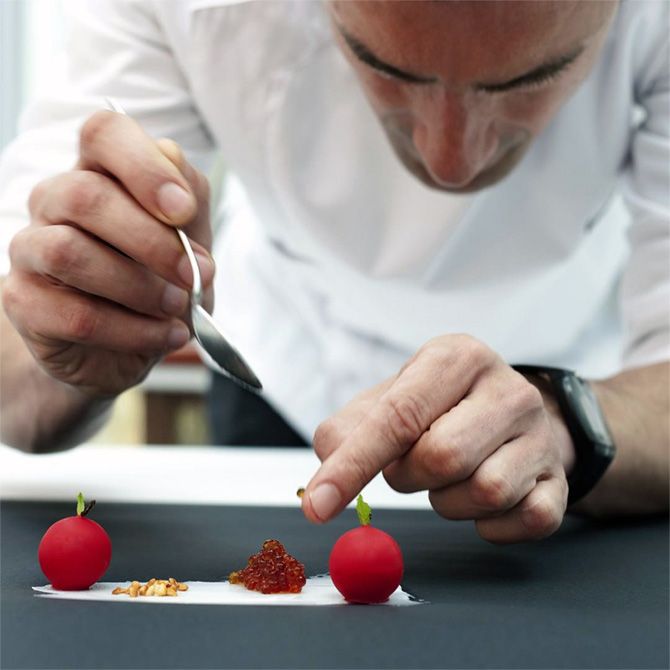 TripAdvisor has released a list of fine dine restaurants in the world, based on travellers' feedback.

The list was compiled after taking into account the reviews submitted by travellers over the past year.

Take a look and tell us if you have been to any of these! 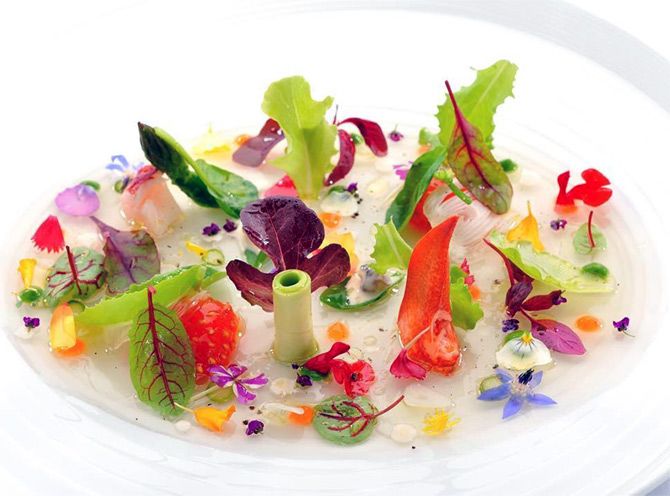 IMAGE: Almost every dish at this Spanish restaurant is delicious and presented beautifully. The vegetable marrows salad with seafood, cream of lettuce and iodised juice farmhouse (picture above) is a case in point.

According to traveller's reviews, it's the food and presentation which makes them return to Martin Berasategui. But the creme la creme are the interactions they have with the head chef, who takes time out to personally visit each table and talk to the guests. 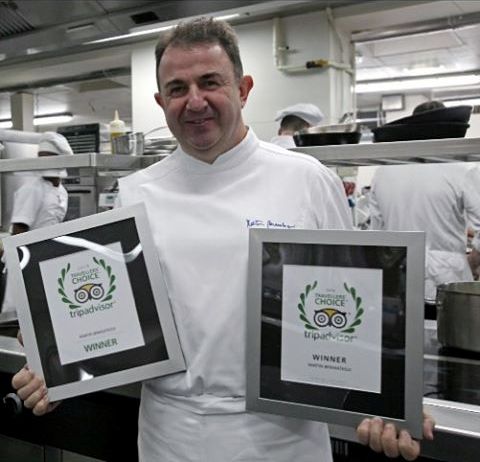 IMAGE: Soon after the list was published, Chef Martin Berasategui uploaded this pic and captioned it: "Today is a great day for me and my whole team at Martin Berasategui restaurant! It has been awarded for the second consecutive year as the best restaurant in Spain, Europe and the world as users@tripadvisor. Thanks to all who trust in our work, our customers, is dedicated to you." 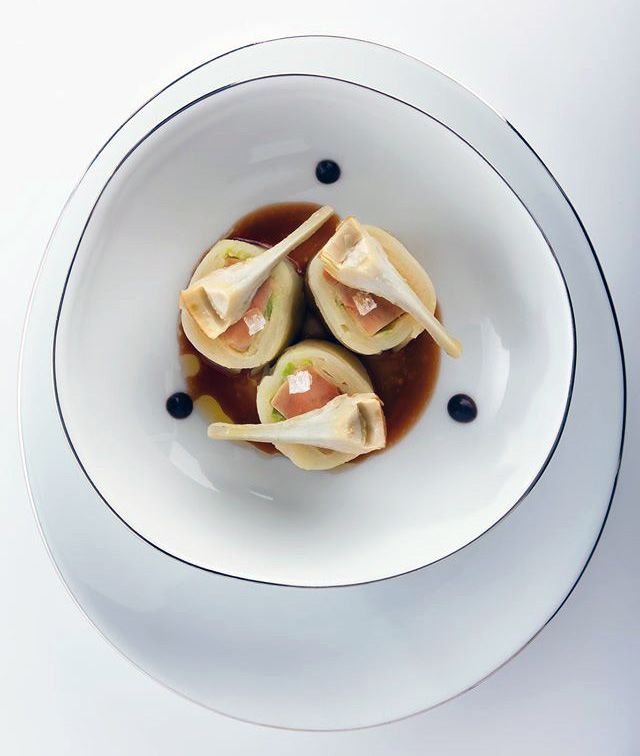 IMAGE: According to a TripAdvisor traveller, "The service is impeccable, the setting is lovely and the memory of the food will stay with you forever."

Travellers vouch that a meal at Maison Lameloise is an 'unforgettable experience'. Highly recommended among travellers of TripAdvisor, this three-star Michelin restaurant has great food, great service and a great setting. 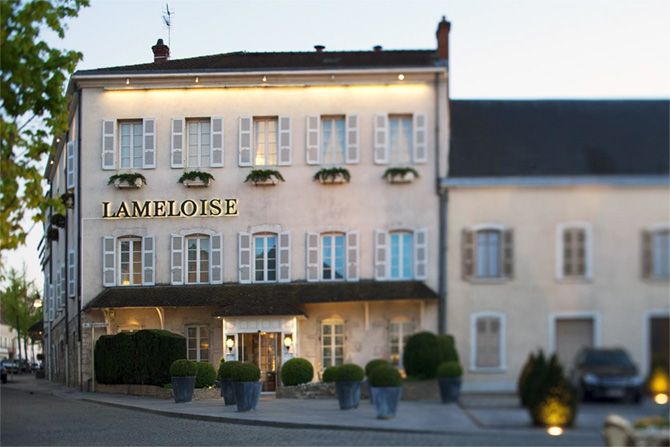 IMAGE: Check out the exteriors of Maison Lameloise in France. 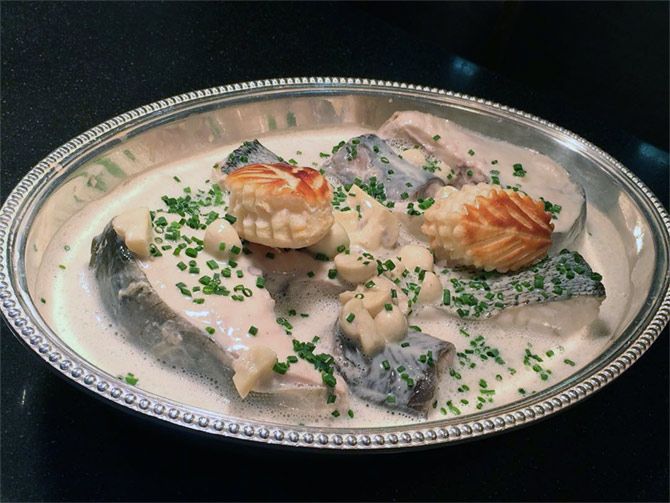 IMAGE: What better way to feast than with traditional fish stew, seated at L'Auberge de I'lll on the banks of the Ill?

This restaurant lies on the banks of a river, which runs through the middle of a village. Travellers have rated it highly thanks to the size of the meals, creativity and quality of food. 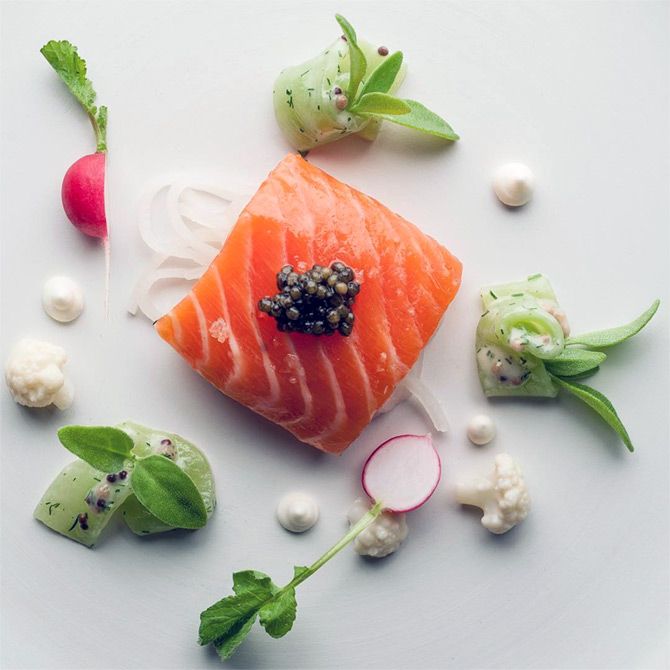 IMAGE: The picture above is a salmon preparation with fresh veggies.
A review on TripAdvisor sums up the experience at this restaurant, "The food was so interesting and delicious, the service was delightful, the gardens and house are a treasure to discover (including the toilets)."

Le Manoir Aux Quat’Saisons is well-known for its beautiful grounds and its heritage vegetable garden, where greenhouse techniques are being adopted. But the brownie points go to the presentation of the dishes -- with the plates, glasses, and side platters to complete the look. 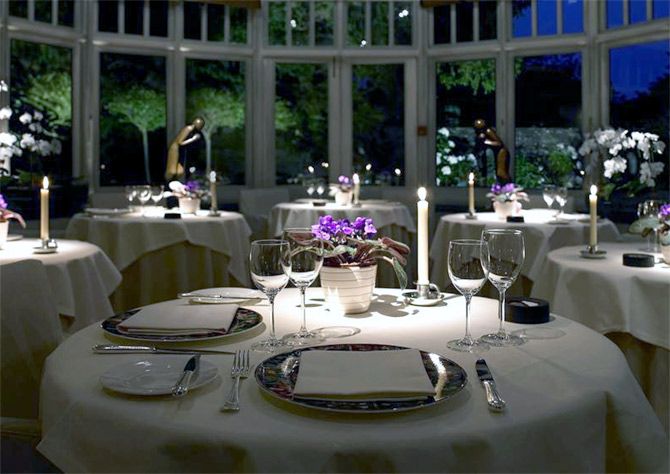 IMAGE: It is known to offer Britain's finest gastronomic and hotel experiences. 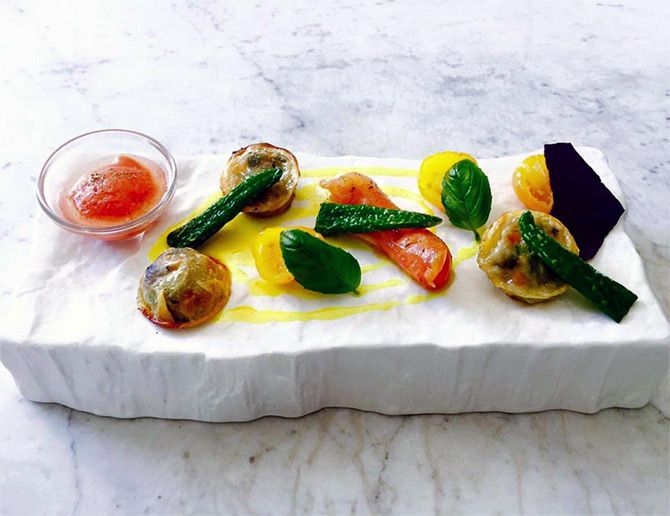 IMAGE: The picture above is a dish is from the organic garden of Punta Campanella.
One of the many reasons for visiting this restaurant should be the old wine cellar. This Michelin two-star restaurant is situated in a small village outside Sorrento, a town overlooking the Bay of Naples in Southern Italy. Patrons can also take the private cooking class with sous chef Nicola. They also have an organic farm and kitchen garden. 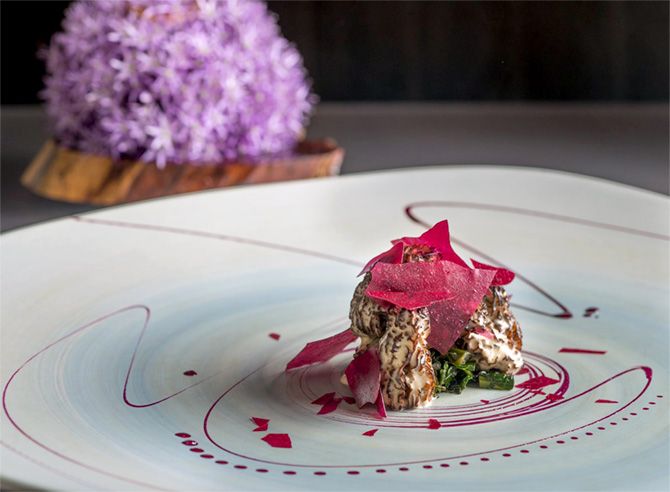 IMAGE: Here's a recipe featuring the morels, blueberry, ramps and foie gras at Alinea.
A TripAdvisor review reads, "An amazing multisensory dining experience. Every wine had a story, the courses were interesting aromatically, visually, and in taste and texture. Service was outstanding. Had a great time in the Salon. Standard wine pairings were wonderful. White truffle dish was amazing."
If you're a fan of molecular gastronomy, this place is for you. 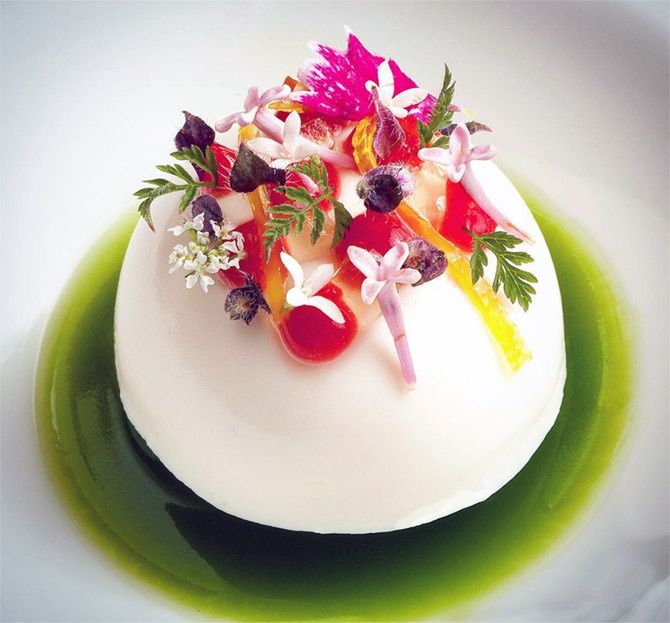 IMAGE: A dish made from crab, lilac, rhubarb, chervil at Alinea. Full marks for presentation, right? 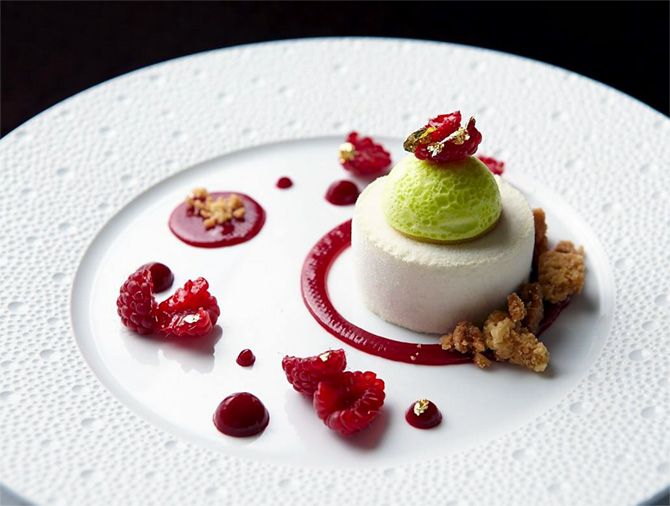 IMAGE: The image of the smooth yogurt dessert with raspberries and lime marshmallow, yogurt ice-cream (pictured above) is proof that Waterside Inn serves some exotic desserts.
Situated on the banks of River Thames, Waterside Inn is  a delightful 'restaurant with rooms', which has been serving inspirational French cuisine since 1972. 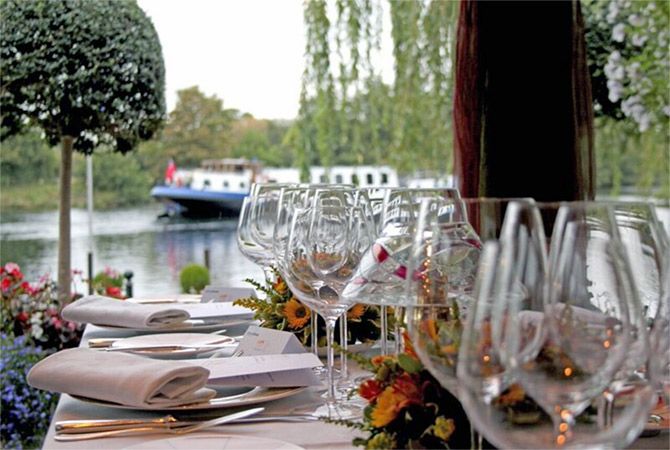 IMAGE: The relaxed, unpretentious view of Waterside Inn is to die for! 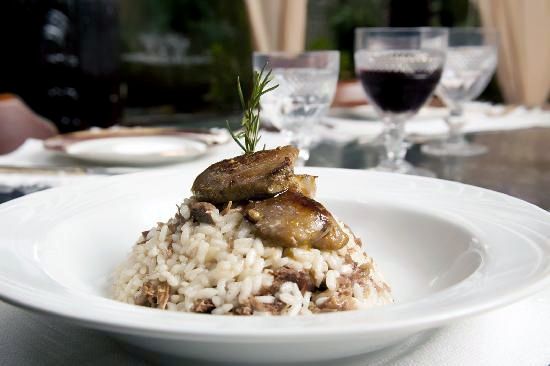 IMAGE: According to TripAdvisor, travellers you must taste the Risotto au Confit de Canard (pictured above) when you are here. This is the only restaurant from Brazil to feature among the Top 10. Surprisingly, it's known for its French cuisine over the local food.
It has a typical cozy French joie-de-vivre setting. 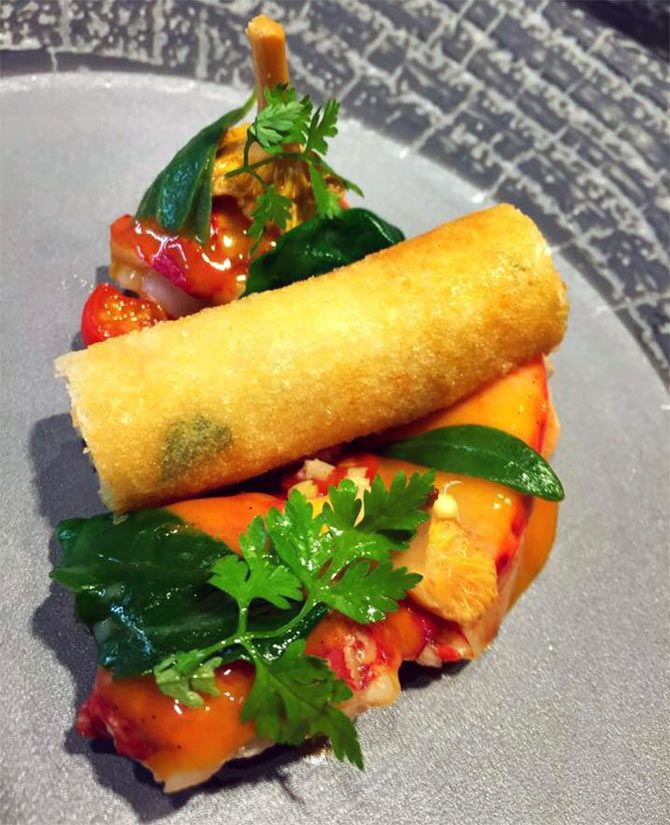 IMAGE: The Poached Native Lobster (pictured above) at Adam's is among the top recommends from the menu.
The restaurant has been ranked #1 among 1,805 restaurants in Birmingham on TripAdvisor. Given the quality of food served, it comes as no surprise that Adam’s with just one Michelin star, was named ninth best in the world. In 2015, it was occupied the fourth spot on this list. 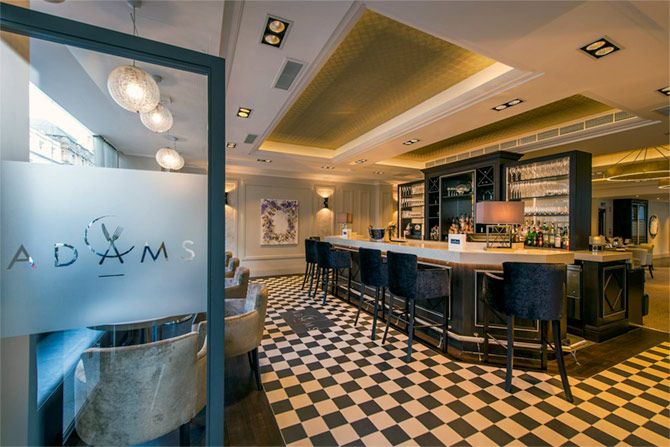 IMAGE: The interiors of Adam's at Birmingham, United Kingdom. 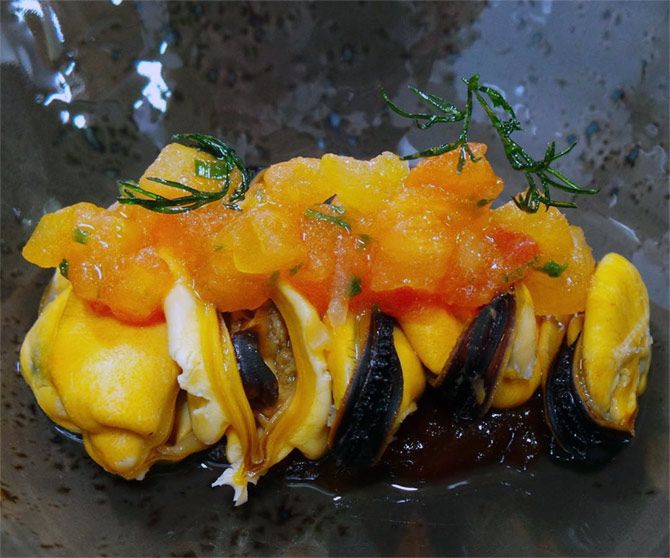 IMAGE: An exotic fish dish at Azurmendi Gastronomico.
The restaurant has been ranked #1 among the five restaurants in Larrabetzu, Spain. A feather in the restaurant's hat is that almost all the reviews it has received are excellent.

IMAGE: Food presentation is nothing less than an art. A chef (above) at Azurmendi Gastronomico adds the finishing touch to a dessert. According to TripAdvisor traveller reviews, the restaurant itself is like a piece of art, and the food is par excellence! 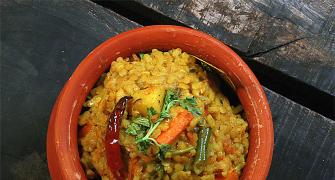 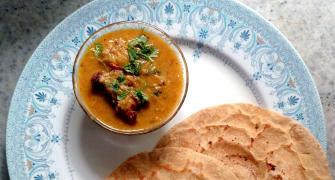 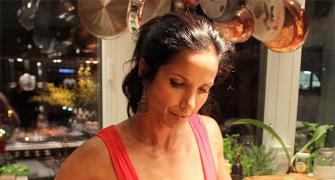 Sweet and Salty: Share your Diwali recipes with us