Ashish Narsale/Rediff.com brings you some of the innovative cars presented at the latest edition of the Consumer Electronics Show.

Cars that protect the environment.

CES 2022 had some amazing cars on display 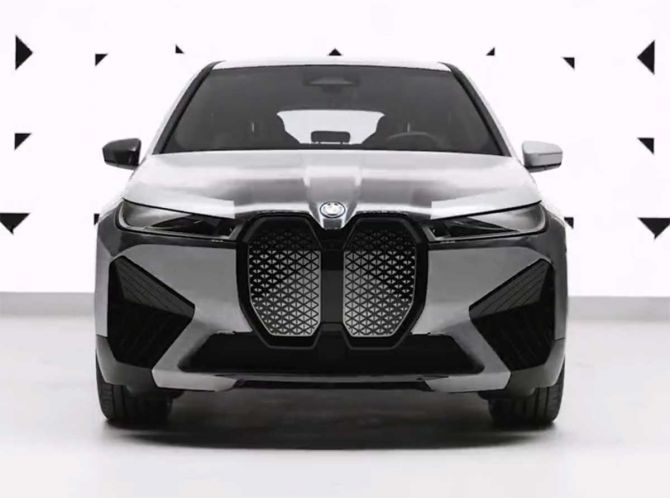 The magic comes from the E Ink technology, which you may have seen in Amazon Kindle's e-paper display.

The BMW iX Flow's exterior colour can be changed from white to shades of grey and black.

This option can have multiple uses, says the company.

You can change the colour according to your mood.

The car can flash colour, making it easier to find in a parking lot.

Turning it white during the day will reflect heat and help keep the car cooler.

Now is that cool or what! The Indy Autonomous Challenge -- a fully autonomous race competition for sports cars -- was held for the first time at CES 2022.

The Dallara built AV-21 cars were the official vehicles for the race.

Each driverless car -- which runs on custom software developed by university students from around the world and uses algorithms to make all the driving decisions in real time without human intervention -- can reach a speed of 170 mph.

The cars are fitted with cameras, lasers and Lidar sensors to help them avoid obstacles.

Using the sensor, they can reach a speed of 100 mph in the dark without using any lights.

The future of delivery vehicles? 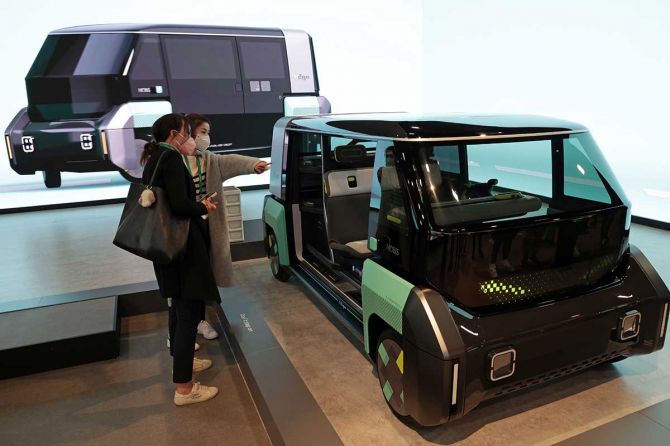 It can turn 360 degrees and do a crab slide (slide sideways). 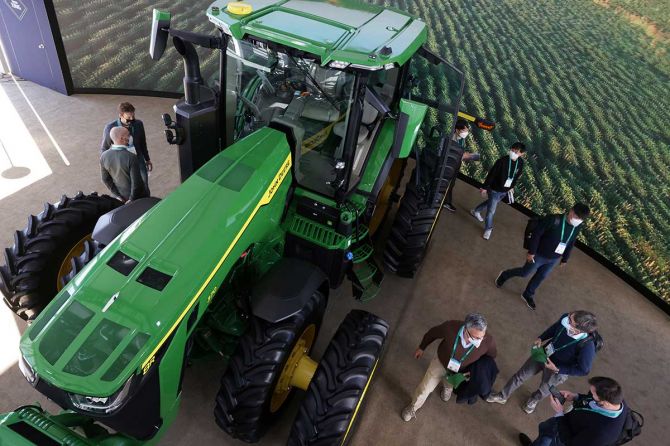 Think about it! A tractor that runs on its own when instructed or programmed for a particular task.

One can keep the track of it via a connected app. 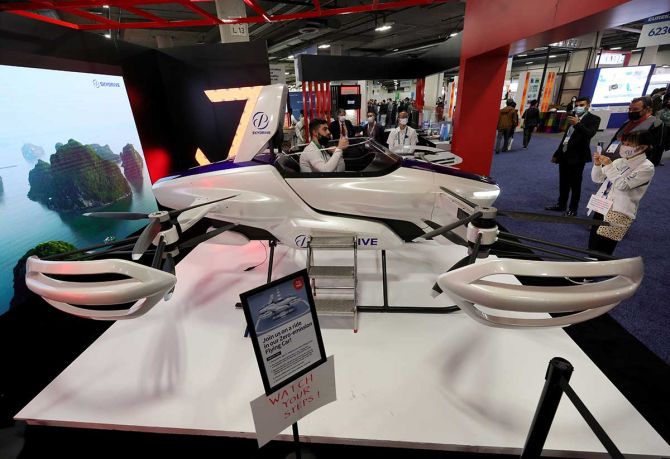 The SkyDrive SD-03 Ultra-Light is a compact flying vehicle that requires no runway.

The 882-pound emission-free electric vehicle uses eight propellers and motors to take off and land vertically and can reach a speed of 31 mph. 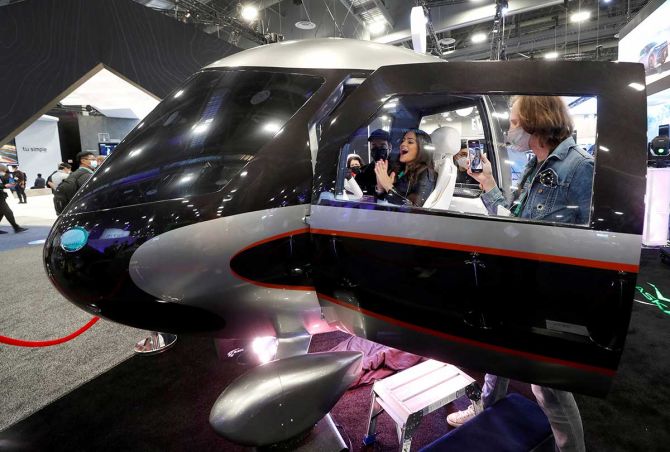 Here's a mockup of the ASKA eVTOL drive and fly vehicle's cockpit.

This electric flying car is capable of vertical take-offs and landings (VTOL). It has driving range of 563-644 km and supports fast charging. 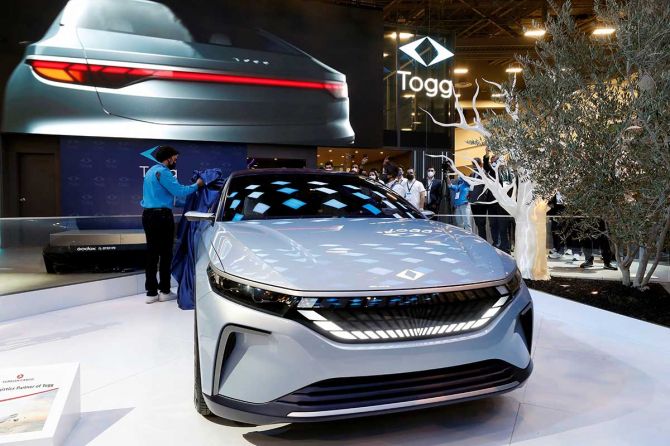 Togg plans to introduce it in the international market by 2024. 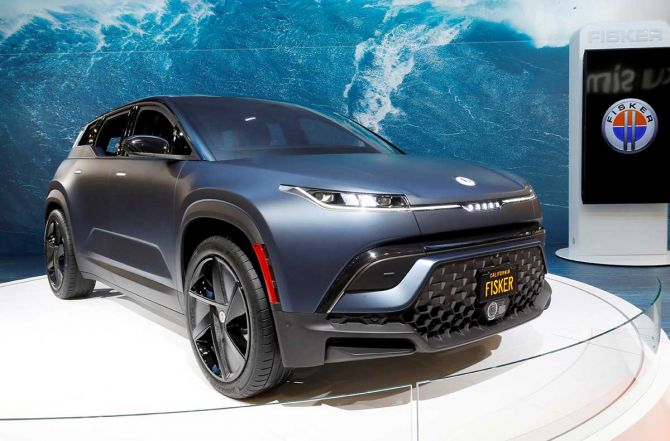 One also got to see the Fisker Ocean Extreme Electric Vehicle.

Henrik Fisker, chairman and CEO, Fisker Inc had announced on Twitter that the car will have dual motors with a combined power output of over 400 KW that will deliver +545 HP. And here's the the world's first all-electric snowbike.

Presented by MoonBikes Motors, it is two-thirds the size of an average snowmobile and weighs less than 200 pounds.

It runs silently and has a top speed of about 26 mph. 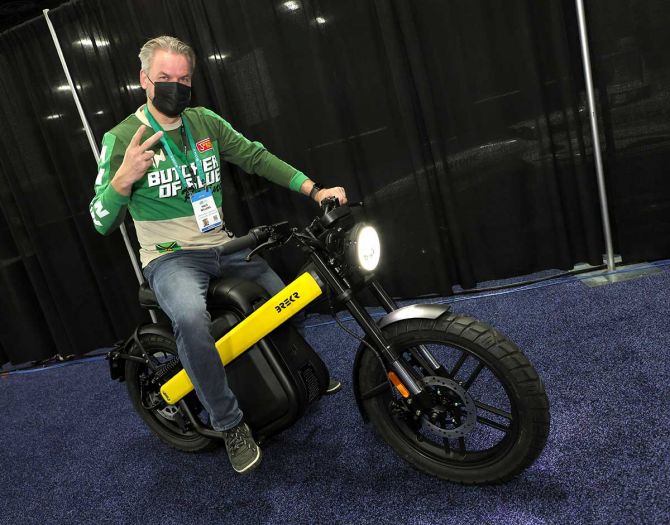 The Brekr Model B electric moped has a battery box instead of a gas tank, is GPS connected for anti-theft purposes and has an engine noise that can be turned on and off by the rider.