From mass layoffs to prospective acquisitions, here's how the Indian start-up industry kept us on our toes. 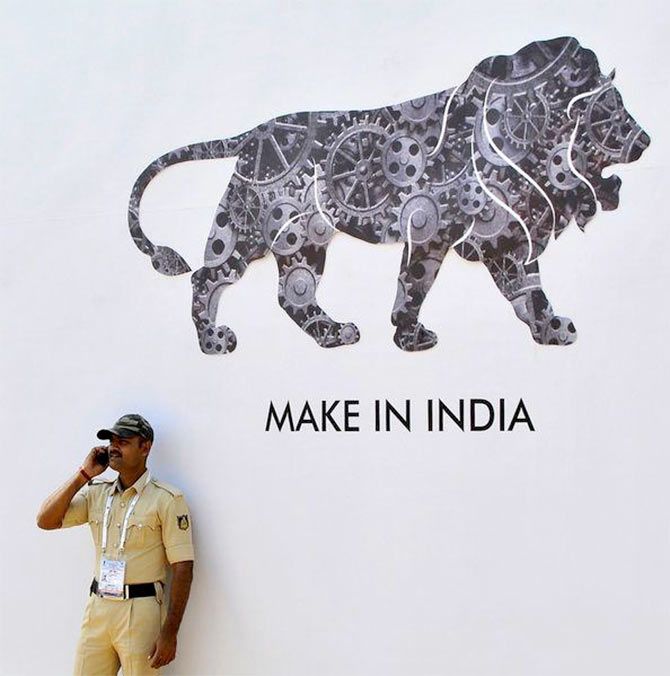 The start-up boom continued in India with more rigour than ever before in 2015.

The past year has seen a makeover of the ecosystem with more players coming in and some major ones disintegrating.

It also witnessed the birth of major deals and more inflow of investment.

For some start-ups, it was the best of times, and for some others, it was definitely the worst.

Here are some of the top trends which ruled the scene in 2015.

Your local grocer became tech savvy this year; so did your plumber and your local food delivery boys.

Home services provider Housejoy went from 40 orders a day to 4,000 in 10 months since its launch in January, while its competitor Urbanclap -- backed by Ratan Tata among others -- got 3000 vendors in Mumbai alone.

Even offline shopping was made easier by Shopsity, a discovery platform, and digital payment provider Momoe ventured beyond restaurants, into grocery stores, spas and salons, and apparel stores.

It seems like at least a few entrepreneurs realised that the country does have a huge non-English speaking population -- about 70 to 80 per cent.

If Snapdeal led the way in e-commerce by launching itself (powered by Reverie) in Telugu and Hindi, local e-commerce start-up Storeking, which functions exclusively with local languages, partnered with wallet services provider MobiKwik to enable expansion.

The trend is sure to grow – Process Nine Technologies Pvt Ltd., which partnered with Snapdeal for translating English into different Indian languages, is already working with players in travel and retail.

Tier II cities not so secondary any more

Start-ups looked beyond the metros this year, and found untapped markets full of opportunities!

Meru cabs also went on to cover 23 cities altogether. Even pre-owned fashion platforms have seen a majority of their orders coming in from tier II and tier III cities, leading more logistics firms to launch in those cities.

Pooling is a virtue

It was probably the entry of French company BlaBla cars, a long distance ride-sharing service connecting private drivers, into the country in January that ignited the idea of carpooling among cab aggregators in India.

Around the same time, US-based Uber launched the service in Bengaluru, which was followed by Ola in a month.

The trend is sure to grow, with the recent decision by the Delhi government to implement odd-even rule – in which odd numbered cars run on odd dates, and even numbered cars on even dates -- provides the perfect platform for these companies to encourage pooling for their passengers in 2016.

Sacking of the masses

Hundreds of start-up employees got the sack this year, which questioned the structure, functioning and viability of those businesses.

After the firing of Co-founder and CEO Rahul Yadav in July, real estate platform Housing fired 600 employees in August and another 200 in November "to control cash burn". Soon, food delivery player Tinyowl fired 100 employees and shut down its Pune office -- leading to co-founder Gaurav Choudhary being held hostage allegedly by the employees for settlements.

Tinyowl's rival Zomato, which joined the Unicorn club this year, also laid off 10 percent of its workforce in November, followed by its CEO Deepinder Goyal sending an e-mail to the remaining employees indirectly warning them to perform well or leave.

Grabhouse joined this list a week ago, when it fired more than 150 employees.

E-commerce went "handy" this year when biggies like Flipkart and Snapdeal focused more on their rising mobile phone traffic.

India is increasingly becoming a mobile-first country, and even start-ups like Elanic are going app-only for their business. Myntra made headlines when it went app-only in May.

Although Flipkart was rumoured to go app-only after shutting down its mobile website, they later settled for a new mobile site -- Flipkart lite, which is claimed to be 99 percent similar to the native app but is only 10kb.

Rival Snapdeal followed suit with Snap-lite, which is claimed to be 85 percent faster than the original mobile site and is available across all mobile browsers.

With almost 70 percent of transactions coming from their apps, Amazon and Flipkart provided some offers exclusively on apps during the festive season sales this year.

Omni channel retail give more inclusivity -- the customers can discover online and get the products from the brick and mortar stores.

Some players like Fashalot provide incentives through their app too. Snapdeal's omni channel platform, launched in October, integrated offline platforms to their business so that the customers can get the ordered product picked up from or delivered from a nearby offline store.

Retail giants like Tata, Reliance, Unilever, and Aditya Birla Group etc. also took to online commerce and some of them started selling on Flipkart and Amazon.

Rise and fall of food start-ups

Food start-ups ate too much money in the first half of the year, but later it starved to death.

Food delivery start-ups saw a substantial boom in the first half of the year, with $74 million invested in the sector in April alone.

However, things deteriorated by August -- Zomato and Tinyowl made news for their mass firings, and FoodPanda seemed to have been in trouble too.

Lack of funding killed Spoonjoy and Dazo in October, and Eatlo is believed to have shut down too.

Inefficiencies in delivery time and poor revenue model have made the food-tech start-ups sit up and ponder over better strategies for the future.

After retiring from his position as Chairman of Tata Group in 2012, Ratan Tata became pro-active in funding start-ups as well as tech-based companies.

He made news last year when he invested in Snapdeal, Urban Ladder, and Blue Stone. But in 2015, Ratan Tata made 11 investments, including Ola, Paytm, Urban ladder, Xaiomi, Kaaryah, Holachef, CarDekho, and Lybrate.

His counterpart from Wipro, AzimPremji, had also invested in Myntra and Snapdeal in 2014, while Infosys Founder Narayana Murthy has invested in Amazon.

It looks like corporates have joined the start-up game finally, and the younger generation is at an advantage -- getting to learn from the most successful entrepreneurs the country has seen.

The loss of Google, Yahoo, Facebook, and many other majors in Silicon Valley was India's gain in e-commerce.

Punit Soni, the man behind the revival of Motorola and earlier product manager at Google, left the Bay Area to come and live in India for the first time when he joined Flipkart as the Chief Product Officer in March 2015.

Flipkart was also quick in snatching California-based Niket Desai from Google to be its Chief of Staff in April, while Snapdeal hired Silicon Valley veteran Gaurav Gupta as its Vice-President of Engineering.

Furthermore, quite a handful of Indian "techies" settled abroad came back to India and launched their own entrepreneurial ventures this year -- Vikram P Kumar of Explore, Mehul Sutaria of Transitpedia, SanketAvlani of Taxi Fabric to name a few.

Since Indian IPOs are not easy to come by, mergers and acquisitions have been the most preferred exit routes for early investors and entrepreneurs.

This trend is not going to slow down as many start-ups have raised larger rounds this year to prepare their war chests.

More acquisitions could be in the pipeline for 2016.

Start-ups do have a heart

In a year when this part of the world witnessed natural disasters which killed hundreds, some start-ups did their part to help.

Proving that it is not just profit margins that they care about, Ola provided boats and Uber gave free rides during the Chennai floods.

Paytm provided free recharge to help the public communicate, and Zomato delivered a meal free for every order placed in Chennai.

Data collection start-up SocialCops was part of the relief efforts in Chennai floods as well as Nepal earthquake.