While more students are open to entrepreneurship as livelihood option, a whopping 71 per cent fear failure as a stumbling block in their entrepreneurial journey 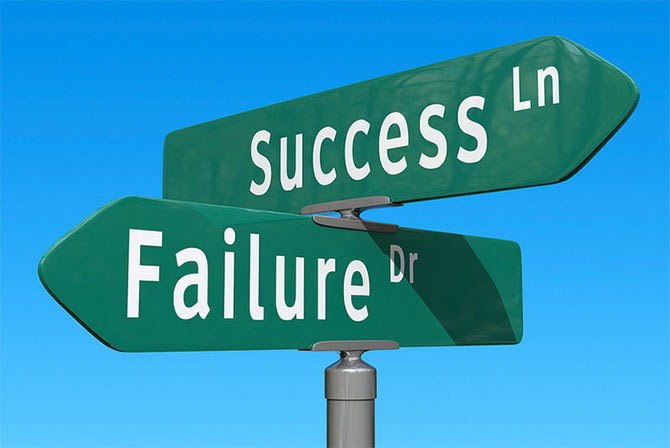 As many as 61 per cent of students in India consider entrepreneurship as a good prospect to earn a livelihood with a majority from rural areas showing greater willingness to start their own business compared to their urban counterparts, according to a study.

The report -- Amway India Entrepreneurship Report (AIER) 2017 conducted by Nielsen, however said 71 per cent respondents cited 'fear of failure' as the biggest obstacle in starting one's own business.

The study surveyed 10,809 final year undergraduate students, including 6,269 male and 4,540 female students covering 28 cities, 28 small towns and students hailing from rural areas across 21 states of India in 2016, Amway India said in a statement.

Commenting on the findings, Amway President Doug DeVos said, "India is well positioned for an entrepreneurial transformation. The country is already a top 10 global market for us and we're excited to be part of its future growth."

"AIER 2017 reflects that 61 per cent of students consider entrepreneurship as being a good prospect to earn a livelihood in India," the statement said.

Students from rural areas show greater willingness to start their own business over students from urban areas, it added.

According to the report, openness to start businesses was the highest in Madhya Pradesh (47 per cent), followed by Gujarat (45 per cent), Bihar (24 per cent), Himachal Pradesh (23 per cent) and Haryana (21 per cent).

"However, 'the fear of failure' was found to be the major obstacle in starting a business among 71 per cent of the students," the report said.

It further said a majority, 80 per cent of the respondents believed that 'entrepreneurial skills' could be taught and were not necessarily inherited.

"To facilitate this, a majority (78 per cent) categorically expressed a need for substantial changes in the present education system with 75 per cent appealing for
entrepreneurial courses in the curriculum," it added.

Support of family members was also considered important with 81 per cent of the students stating that would depend on their household members for support while starting new ventures.

"The perception of 'riskiness' of entrepreneurship was reflected in one-third of the respondents rating 'financially secure family background' as a most important determinant of success," the report said.

Amway Regional President (Europe, Africa & India), Samir Behl said, "Millennials are quickly becoming the biggest demographic segment in the workforce. Their strong
networks, collaborative culture and deep desire to learn to make them a perfect fit to take-up entrepreneurship as a career by choice."