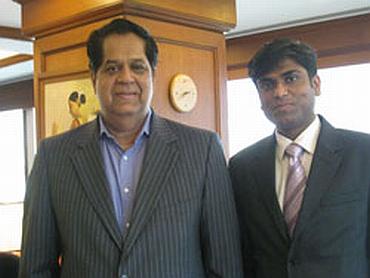 As part of a unique iniative to help its students learn from the best, ISB Hyderabad organised the 'Shadow a CEO' programme where three of its students met and spent a day with three stalwarts of Indian industry -- NR Narayana Murthy, Kiran Mazumdar Shaw and KV Kamath.

In the first part of this series, Chaitanya Sagar Bethu (ISB Class of 2010) shares his experience of spending the day with Narayana Murthy, chief mentor, Infosys.

In the second part, Ajay Lakhotia (ISB Class of 2010) shares his experience of spending the day with former managing director and CEO of ICICI Bank KV Kamath. Kamath, who retuired in April 2009, is currently the non-executive chairman of ICICI Bank.

I was equally excited and nervous about my rendezvous with KV Kamath.

The meeting was scheduled to start at 10:30 am. I arrived early at 9:30 am to make myself at home and get acquainted with some key people. I was shown through different departments in the ICICI BKC office, which is an impressive office in itself.

Mr Kamath arrived at 10:30 am and I was escorted to his office where we exchanged pleasantries and he introduced me to key members who run his office. Soon we sat down for a chat and we discussed how he built ICICI into India's second largest bank. The roadblocks he faced, how he restructured the organisation time and again, how he handled attrition and atrophy in the organisation. Mr Kamath shared his insight on how important it is to be plugged in to the grapevine, understand people's issues and his innovative methods to handle such challenges. He also explained how dedicated departments have been rolled out for strategic decision making and how they function at different levels of the organisation.

We discussed the fact that there might be many visionaries capable of making impeccable plans but is it the execution that really creates a success story. Mr Kamath explained "Ajay, every leader worth his salt is capable of executing a plan down to its finest detail."

Sometime later Mr Kamath's guests arrived. I had the privilege to participate in discussions with his guests representing a MNC who were seeking Mr Kamath's advice and support about reaching the masses in rural markets, trying to augment the benefit of their product to farmers and cultivators.

I was inspired by Mr Kamath's ability to filter through the labyrinth of details and facts in the discussion and ask for relevant facts and figures while arriving at a quick conclusion during the meeting. Another impressive aspect is that his support for the MNC came not because of profitability of the project but because this would deliver benefit to rural society -- addressing the need of the masses. Mr Kamath stated: "I am in support of this because this will benefit the people at the bottom of the pyramid."

I then shared some time with Mr Anindya, JGM ICICI, who manages Mr Kamath's office. He explained to me the regular business there and discussed the different functions in the organisation. We discussed what qualities ICICI Bank seeks in an individual while hiring him/her.

Next I was invited to join Mr Kamath in a high-level meeting with his executives heading commercial/ wholesale banking for ICICI Bank. The presentation was largely focused on international expansion benchmarking several aspects of successful integration by competing banks in that space. Mr Kamath while looking into the finer details of the numbers advised on the strategy and pointed out the flaws that existed in the plan. Then we discussed the recruitment policy for the expansion strategy. Meanwhile, a subject came up about losing a miniscule market share due to an older, incompatible system. Incidentally, ICICI Bank has been a pioneer in developing IT capabilities and Mr Kamath has always strongly advocated the advancement in IT. He immediately picked up the phone, connected to the IT department and asked for a quick report on the processess that still run on older systems. This reflected the adroitness and proactive approach of a successful leader in making quick decisions. Such decisions if not immediately acted upon would remain unattended for long until it is brought up in another meeting. Mr Kamath again explained to me the cause of atrophy for such issues to crop up in an organisation relating it back to the discussion we had in the morning.

Later we joined Mr Kamath for lunch in the private executive dining at ICICI Bank. ICICI Bank CFO Mr Kannan joined us. We soon broke into discussing how deliverables of the education system deviate from the needs of the practical job market. With corporate evolving at a fast pace how indispensable it is for the education system to adapt to the market needs. Mr Kamath delineated some initiatives taken by ICICI Bank to address this issue, where they have tied up with several educational institutes, for intensive training programmes to develop efficient managers for the banking industry. We then discussed the performance of the trading desk and the opinions of analysts with Mr Kannan.

After the engaging discussion over delicious lunch we broke for Mr Kamath to finish some personal work. Soon I was invited to join him for a drive on his way to some personal engagement. We took up the discussion about the financial crisis and he patiently listened and appreciated my opinions about finance and the IT bubble. He shared some insightful facts with me stating how PC Chidambaram had saved India from economical crisis early in 2002 and the healthy state of our economy to sustain steady growth in GDP. We were happy to have similar opinions about inflation, growth drivers and role of policy makers. He then explained how he took up branding as a serious issue at an early stage of forming ICICI Bank. He pointed out how particular he has been about the details of color combination, design and logo which is not only reflected in advertisements but is also adapted in color scheme of all the offices of ICICI Bank across the globe.

During the drive he then asked me about my family business, my consulting experience and my future aspirations. He appreciated my in depth entrepreneurial experience and cogent decision system, and suggested that I have made a good career choice. Finally he wished me luck before I said bid him goodbye.

I returned back to ICICI Bank BKC branch where I met Mr Anindya again. We further discussed issues like insider trading policies at ICICI Bank, current Dubai real estate crisis, my impression of the day etc. I sat with him through a meeting where he discussed with his team about an event Ms Chanda Kochar was addressing. Finally after getting a flavour of Mr Kamath's life, and experiencing a whole lot of interaction at ICICI Bank it was time to say adios.

I went back to Mr Kamath's office and thanked Elizabeth -- secretary to Mr Kamath, for arranging my meeting, smoothly scheduling all the events and making it such a memorable day for me. It was an honour to be given the opportunity of shadowing Mr Kamath for a day. He generously and patiently listened to me and shared some insightful facts with me. In those few hours I learnt some exceptionally useful lessons than I might not learn in any business school.

I realiee that anyone spending a few months under his mentorship would not only develop strong grounding in the intricacies of banking, but also inculcate the business acumen and leadership qualities inspired by him, and be prepared to undertake challenging roles in his future endeavour.

There are often incidents when I derive inspiration from Mr Kamath -- while overcoming resistance, inspiring change and innovation, setting priorities right and beyond all, having a long-term vision to create a success story for others to follow.

Overall I gained an insight in how the leaders like Mr Kamath think and reflect. His quick and rational decision system, capability to cut the noise and focus on relevant but finest of detail, ability to inspire others, and contributing in his own way towards a building a better world --encompassing philanthropy and profitability at the same time.

Met Mr Murthy or learnt a lesson or two from Prof Prahalad? Share with us stories of interactions with your idols and what you learnt from those dynamic women and men. Write in to getahead@rediff.co.in with the subject 'I met my idol' and we'd love to publish the most inspirational stories right here! 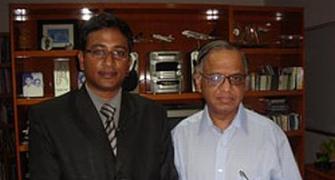 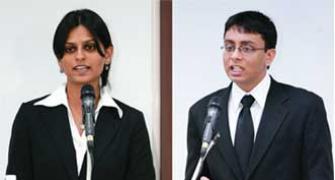 'The depth of our research helped us win' 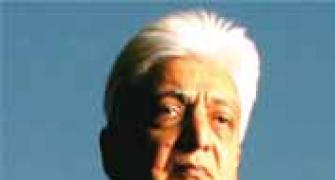 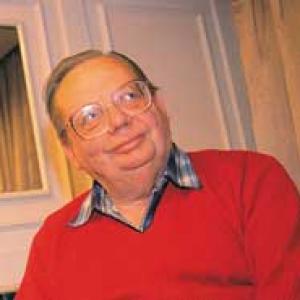 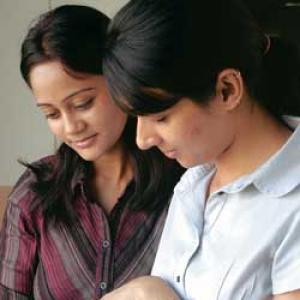 Leaders are readers. Are YOU?