Plato said, "One of the penalties for refusing to participate in politics is that you end up being governed by your inferiors."

This is truly acknowledged by those who are either a victim or form a large part of workplace politics.

Smart politicking will get your work done and adopting 'bad' politics will take you to short lengths and then rescind your career. 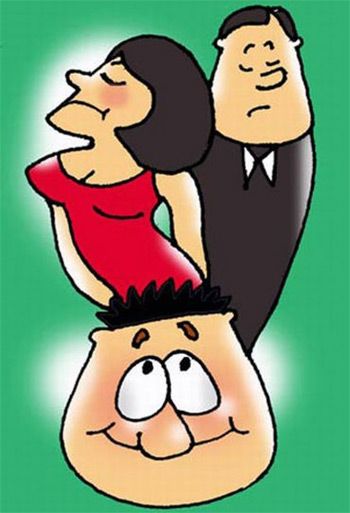 There are reasons why politics at work is going to be inevitable.

One has to acknowledge that while there are people who follow the hierarchy, others care fervently about promotion and a raise.

Ergo, there will be competition and sometimes almost a combat like situation to gain limited resources and preference.

So, the first step with dealing with workplace politics is accepting its existence and coming up with your own ways of dealing with.

Know the chain and command

One must be aware of the situation in the office wherein one can identify who has the power and the connections to influence your work comfort in a positive or a negative way.

The best way to achieve this is to be a decent observer and gauge the political situation of the office.

One should know who is revered and who just pretends to be revered; who has authority and who has it but doesn't practice it, who is the cooperative one and who is the conniving jerk.

One should also care to analyse the casual network of the office like who is amiable, who creates conflicts, who gets along with whom and who has the most connections with the superiors.

These are the people who might help you in getting ahead or can even perturb your path to success.

The next step to dealing with office politics is to work on creating cordial relations with co-workers.

For this, start with the people who are superior to you.

Be respectful to their authority and help them in exercising it, by doing this you are sure to make your way in their good books.

Refrain from crossing the line between a formal and informal behaviour, until there is a friendship that develops.

Avoid shallow flattery and being a part of a group and make allies.

Group-ism at work is professionally dangerous.

Make sure you are a part of multiple networks, by that you will be able to keep up with the crux and pulse of the office.

One needs to keep in mind that one is a part of a team that works together to make their business a success.

If you work in the same spirit, people are sure to culture a favourable opinion for you.

Therefore one should work to make oneself, their co-workers, their team and most importantly their bosses look good.

The proverb -- 'Keep your friends close but your enemies closer' -- works perfectly for workplace politics.

One shouldn't just run away from obnoxious people at the work place, but make the effort to strike a conversation and get along with them.

There is no compulsion, but helping them improve in their conduct is going to positively affect your professional conduct and image, as you are helping the management improve the resources of the company.

But always be careful what you say to them and understand what motivates these people and what agitates them.

Gradually one shall gauge what kind of work culture exists in the office and what aspect of it works for you and what doesn't.