Are YOU your own worst enemy?

Ask yourself these six questions -- perhaps the answers hold the key to your success! 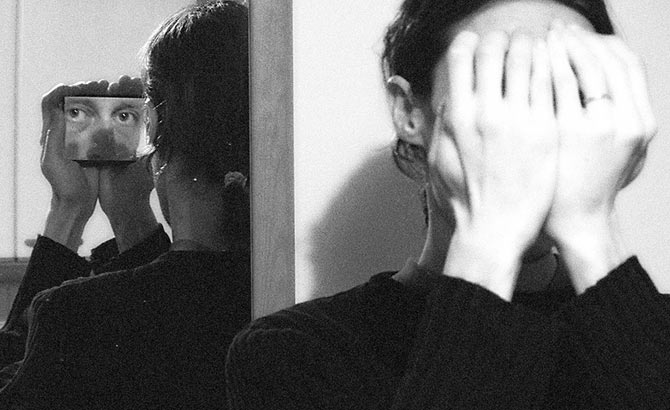 Remember Geet's 'funda' in the movie Jab We Met?

She chooses to let her own heart govern her life decisions.

So when something goes wrong, she wouldn't spend her life repenting over external factors that were beyond her control, and will be in charge of righting the wrong herself.

Not expecting a life lesson as a 15-year-old watching a no-brain entertainer, this line really jumped out and stayed with me.

It struck me as the most obviously sensible way to live life. But over the years, I realised that this ideology is all too simple.

Sure, if you listened to your heart, and your heart happens to be a fearless and spirited one, there is no reason why this wouldn't become your sure-fire recipe for success and happiness.

But most of us may not be able to make the most of this principle, because between our destinies and our hearts stands a polluted film of certain rigidities, pre-conceived notions, and habits that might be holding us back from truly achieving what we were put on this planet for.

The message your heart sends to you, gets distorted through this film and what reaches you is a toxic, half-baked version that will never let you perform to your full potential.

Here are six tell-tale signs that you possess all the makings of being your own worst enemy.

1. Do you have your life vividly pictured and figured out?

"If your dreams do not scare you, they aren't big enough," reads one of those cat posters on the internet.

Your heart wants what it wants, but the "layer" wants security and certainty.

You share your fear of the unknown with half the human species, if that's any consolation. But overcoming that is crucial to exploring the full extent of your capabilities.

For women, this might be compliance to societal norms to avoid confrontation or blindly giving up on their careers for fear of defaulting on filial responsibilities.

If you do not try, you will never know.

Deviate from the life you have so meticulously planned, it might lead to greater coves of satisfaction.

2. Are you a people pleaser?

Like Emmet from The Lego Movie, do you find yourself constantly high-fiving with the anonymous faces of the society, because of an inherent need to fit in, and not having the confidence to back your choices without validation from a general blob of people.

This can only lead to one thing -- you losing your individuality and becoming homogenous with them not only in the eyes of the world, but also in your own eyes.

You start living your life on their terms, holding yourself to their yardsticks, measuring your success by benchmarking theirs, only to find that one size doesn't fit all, and either you settle for less based on how the woman next door did, or stay eternally unsatisfied yearning for more.

3. Have you found your energy fizzling out over everything you once felt strongly about?

Did you march with Anna with balls of fury on one day, only to find yourself aloofly changing the channel from the news to film reviews on the next?

Was your Chrome window barely managing not to crash with 20 open windows on the success rate of PILs after you watched Talvar on one night, only for them to be replaced by '10 ways to make art out of toenail dirt' and its evil twins the very next morning?

It won't be inaccurate to infer that your deepest darkest desires meet the same fate, when your silly heart throws them to the fore.

The problem isn't that the world's greater causes and your life's greater purposes fail to stimulate you; the problem is that you fail to act upon your passionate impulses.

There is only one solution to this classic Indian problem -- strike the iron when it is hot.

Don't let the steam go waste, and find a vent that leads to an engine somewhere.

This could prove to be a fun experiment.

When you are on your pretend phone call trying to avoid a sticky social situation, is the word you most frequently mouth, "No"?

Believe it or not, that embodies the vibe around your thought process.

Another big hint is that if people tell you to your face that you pass up on every offer made to you -- right from taking a trip to taking a job.

The answer to this dilemma also happens to be a fun experiment.

Now, consciously say yes to every offer made to you.

That way, when your heart sends you one of its sneaky little messages to go after something, you will instinctively say yes to that too.

5. Are you a control freak?

Have you lived a life being your whole team as well as captain?

Taking on thrice the amount of responsibilities in a group assignment just so it goes your way, always choosing solo tasks rather than the group ones so that you are the boss.

Does all this hit too close to home?

But being a control freak has both, its perks and perils.

While you live to bask in the glory all alone upon the successful completion of your tasks, you would beat yourself up ruthlessly for a malfunction.

Thus, in matters where failure looms large and formidable if not approached with the backing of a team or support system, you would rather pass, because you would never be able to forgive yourself in the super-likely event that you do not succeed.

On the contrary, many women hesitate to ask for help because of the burden upon them to live up to their multi-tasking superhero reputation, which is an impossible standard to adhere to. But remember -- your only crime is that you are human.

You share this manufacturing defect with seven billion others.

If Gandhi couldn't do it alone, no one expects you to pull it off.

6. Do you always imagine the glass half empty?

This one is the classic 'What If I do' versus the 'What if I don't', which makes all the difference.

It is all a matter of perspective.

Here's how -- when you ask 'what if I do this?' the answer will be a lowdown on everything that the universe might default on when you go after your dreams all guns blaring.

There is a 50 per cent chance of a crushing defeat.

However, the answer to 'what if I don't do this' will give you a definite list of everything you will not get out of the universe because you didn't even ask, thus denying you a shot at happiness.

That is zero percent happiness, and hundred per cent misery and failure.

And you will have failed no one but yourself. Isn't the answer to the latter more terrifying?

Asking the first question might continue to keep you in your state of indecisiveness and under confidence, as the answer only promises a frail 50 per cent likelihood at happiness.

But asking the second one will definitely catapult you into action, because the answer guarantees zero happiness and a hundred per cent of despair.