Put yourself in your boss' shoes every once in a while and you'll realise that sometimes they may not necessarily be as evil as you make them out to be.

Virender Kapoor, author of A Wonderful Boss, lists out 11 things that bosses expect from their subordinates.

It is easy to write off your boss as a monster who simply wants to make your life miserable.

Whether you like to admit it or not, your boss is also someone else's subordinate and some of the things they expect from you aren't altogether unreasonable.

Your relationship with the boss is crucial for your career. That does not mean you have to suck up to your boss!

So what are the (perfectly reasonable) things that bosses expect from you? 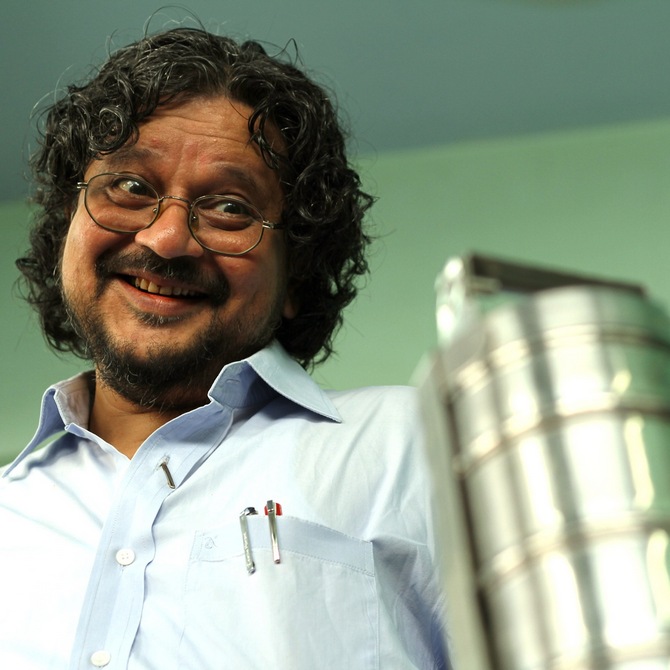 This works both ways.

If you expect integrity and loyalty from your boss, your boss has the right to expect it from you too.

Let's put things into perspective: would you hire (or continue to keep in your employ) a domestic help or a driver without these qualities?

You wouldn't, would you?

So why shouldn't your boss expect the same from you?

Don't wait for someone to ask you the status of the task assigned to you.

If you have a presentation at 9 am, ensure it reaches everyone's inbox ten minutes prior to the scheduled time.

The moment you respond to, let's say, a request from your boss about a particular task, you are taking letting her/him know that you're on it.

It also means that your boss isn't left wondering whether you've received the email/SMS of your assignment.

Sometimes you do not have a response to give; in which case give an interim reply, which will assure her/him that you are in receipt of her/his message and that you are (hopefully) working on getting him the correct answer.

This is yet another perfectly reasonable demand that bosses place on their subordinates.

You cannot expect your boss to keep telling you what you should be doing.

You have to be a self starter, take charge and see things through.

If you need your boss to keep telling you what to do, you're adding to your boss' responsibilities.

Not only is it unfair to your boss, it also won't get you very far in life (irrespective of who you work for).

The key is how to make it five.

You've probably heard the story of a soldier who complained to Emperor Akbar of how he felt short-changed despite having worked sincerely for longer than Birbal.

So the emperor pointed to a random man and asked the soldier to find his name out.

The soldier runs towards him, finds out his name and reports it to Akbar.

Birbal is summoned and is asked to do the same.

He disappears and doesn't return for hours.

The soldier is assured that he would now be promoted but realises what he lacked when Birbal returned not just with the man's name but also details of his family and his profession. And along the way, he strikes a profitable business deal.

That is what set a minister apart from a common soldier.

Are you willing to go that extra mile? Are you the soldier or are you the minister?

5. Don't argue with your boss publicly

You may have disagreements with your boss but arguing your point of view or contradicting your boss' in public is not perhaps the best thing for you to do.

Let's see... do you like being insulted in public? There!

Learn to be diplomatic and polite.

You can be assertive but you can be that way politely.

Buttering your boss can get you only that far.

Competence matters because at the end your boss depends on you.

So you can give him as many gifts as you want, nod your head as furiously as you want but if you aren't competent, your boss will most likely drop you like a hot potato at the first available opportunity.

This doesn't mean that you should be rude if you're competent.

Be polite but there's no need to go over and beyond that.

Work pressure comes in spikes; there is no organisation that has work pressure 365 days a year.

Don't ask for leave at a time when you know the work pressure is at its peak.

Or don't ask for a raise at a time when you know that your company isn't doing well.

No one likes to be pushed to a corner; don't be the guy doing that to your boss.

Not only is it unprofessional, it also won't bode you well in the future.

8. Help the boss in her/his work

If you cannot take some pressure off your boss' shoulders, chances are you aren't doing your job.

Everyone is a cog in the system. If you don't perform, it also reflects badly on your boss and eventually your boss' boss.

So help your boss in her/his work; make yourself indispensible.

However if you find that your boss is passing on more than he should to you, put your foot down and raise a flag. But do so politely.

If your boss has to depend on your advice, ensure it is sound.

Your suggestions have to be sensible and should be worth following.

Don't suggest things for the sake of it or for scoring brownie points.

If your boss is asking you for suggestions about one of his ideas, be polite but also be honest.

How would you like it if your driver would wear the same bored look every day?

Or if your domestic help showed little or no interest in doing the job at hand?

Yes everyone has their bad days but you cannot be looking disinterested all the time!

Go the extra mile and take an initiative to see it through.

We only expect our bosses to empathise with our emotional distress; we expect them to understand if, let's say, we don't turn up for two days after we were turned down that promotion.

Have you ever considered that your boss too may have got passed over for a promotion like you did; or that someone important to your boss may have passed away?

But also remember that your boss isn't your friend.

However friendly s/he may be, remember that s/he is your boss.

Remember, a senior may want to forget that he is a senior but a junior should never forget he is a junior.