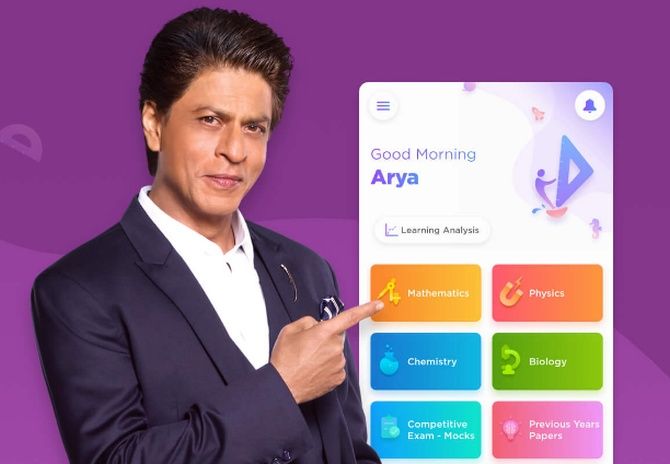 Byju's is venturing into live online tutoring with a comprehensive suite of offerings. This follows a two-month experiment on the model.

The Bengaluru-based firm has launched 'Byju's Classes' -- a programme that aims to provide students all benefits of personalised after-school tuition classes from the best teachers.

"We strongly believe a personalised and tech-enabled learning offering such Byju's Classes will truly stand out in an otherwise fragmented after-school tutoring market," says Divya Gokulnath, co-founder of Byju's.

The company achieved the feat of becoming India's newest decacorn -- at a valuation of $10.5 billion -- following funding from Mary Meeker's Bond Capital.

Besides giving free access to its learning, Byju's had also introduced 'Live Classes' targeting the after-school segment, after the announcement of the lockdown.

Since the classes were being attended by millions of students, it offered the two-way interaction feature. With Byju's Classes, students will be assigned a dedicated mentor for one-on-one attention, comprehensive progress reports, and personalised classes to work on topics that a particular student needs to focus on. This programme includes regular subjective and objective tests.

Presently, the programme is available for students from Classes 4 to 12, and for those preparing for competitive exams like JEE and NEET.

According to the company, specially assigned Byju's teachers will help students with live doubt resolution.

They may opt for personalised extra classes for topics they need extra support in.

A dedicated mentor and counsellor will look after learning requirements, and be in touch with parents/guardians.

They will interact with students regularly to understand their progress and requirements.

With this new programme, Byju's will compete with various edtech players including Vedantu, a live online tutoring company.

Experts said that amid the pandemic, the country's $180 billion education sector has gone online to adapt to the new reality, leading to opportunities for Byju's and Vedantu.

With an average time of 71 minutes being spent by a student on the Byju's app everyday across 1,700 cities, the app is creating a new way of learning through visual lessons and live classes by Byju's teachers. It is also encouraging students to become self-initiated learners.