Is the Activa 5G the same old 4G in some fancy colours, or does it pack more? Nabeel Khan has the answers. 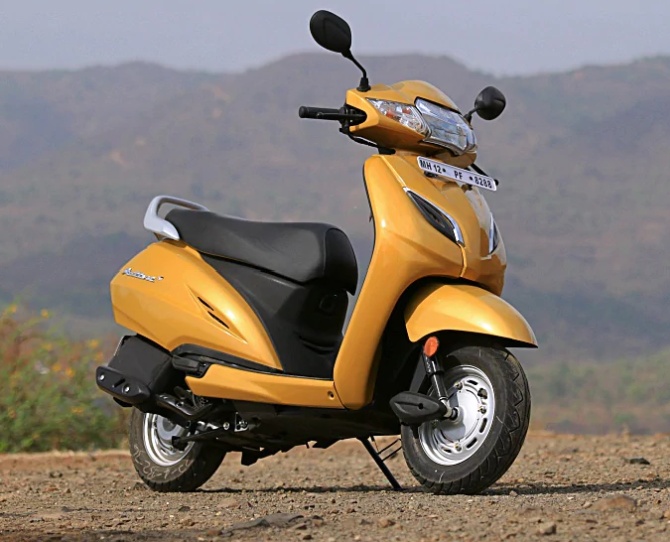 When it comes to two-wheeler sales in India, it's an unfair fight.

Heck, the Activa doesn't just clock six times the sales of its closest rivals, it's also the bestselling two-wheeler in the country.

But, as time moves on, people demand change. And Honda has responded with the Activa 5G. Is it the same old 4G in some fancy colours, or does it pack more? 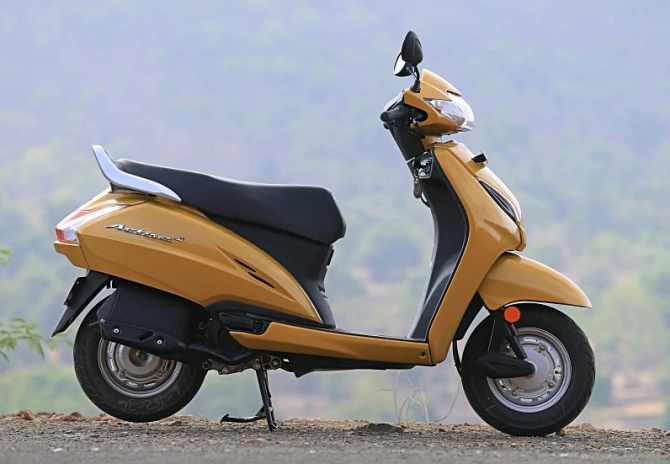 At first glance, it is almost impossible to make out whether it's the 5G or one of the older models.

That is because the bodywork of the Activa has been carried over from the last generation.

But if you look closer, you will realise that there are some minor, facelift-like cosmetic changes.

The LED headlamps and clear lens indicators get a new texture and the shape of the rubber elements on the front apron have been tweaked.

Also, if you spot the Activa in this metallic yellow or the new red colour, then it is the 5G. 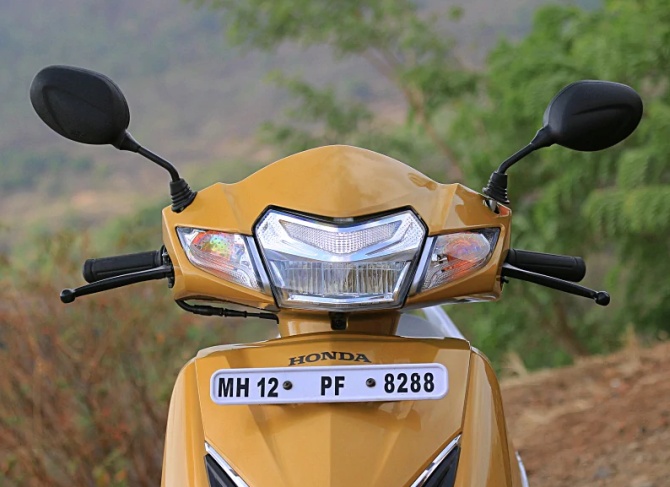 The LED headlight and pilot lamp combination is surprisingly bright. Bright enough to put many of the more expensive scooters to shame.

Equally surprisingly, Honda has decided to stick with traditional bulbs for the tail lights which makes it feel like a job half done.

After practically remaining the same for the last 18 years, Honda should have taken this opportunity to spruce up the Activa.

While we know that a striking design might not sit well with the traditional Activa buyer, slight changes to the bodywork would have been welcome.

That said, the build quality of the Activa is as good as we have seen on any scooter. The all-metal body feels solid with very little chance of rattling. 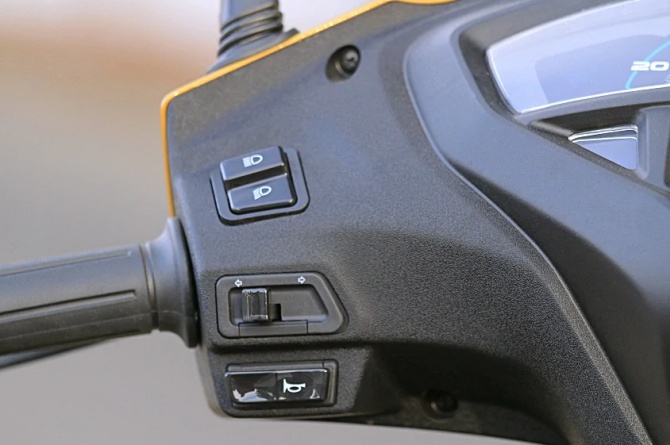 In this new DLX variant, you get a semi-digital instrument cluster with a car-like backlight.

It looks beautiful in the dark and the digital screen shows you the time, fuel level, odometer, trip meter and a service reminder.

There is also an ECO mode indicator designed to help you keep the scooter in its most efficient speed range.

The quality of the plastic on the dashboard is top notch and the switchgear too feels tactile to use. 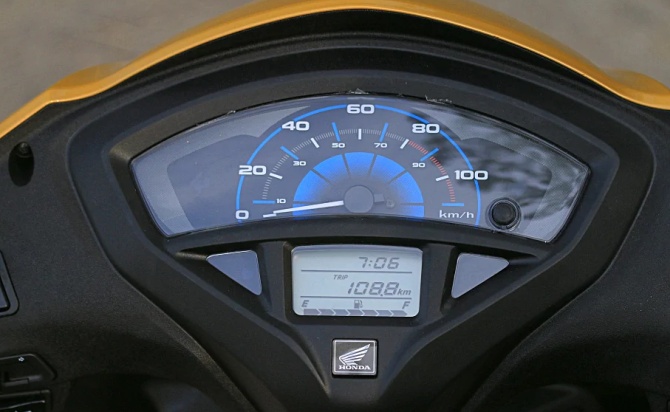 The only complaint here is that the trip button is a little too hard to operate and there's no pass-flash switch -- something which would have been a big convenience.

Also, the Activa's rear brake lock clamp requires both hands to engage, a stark contrast to other easier setups available in the market.

Another new feature in the Activa 5G is the 4 in 1 lock which is borrowed from the Grazia and controls everything that can be controlled with the key, like handle lock, ignition lock and seat opener.

The remote seat opener is quite convenient and very handy for quick access to the underseat storage.

But since this is the 'new generation' Activa, we really feel Honda should have offered a remote fuel filler cap as well, to up its convenience quotient. 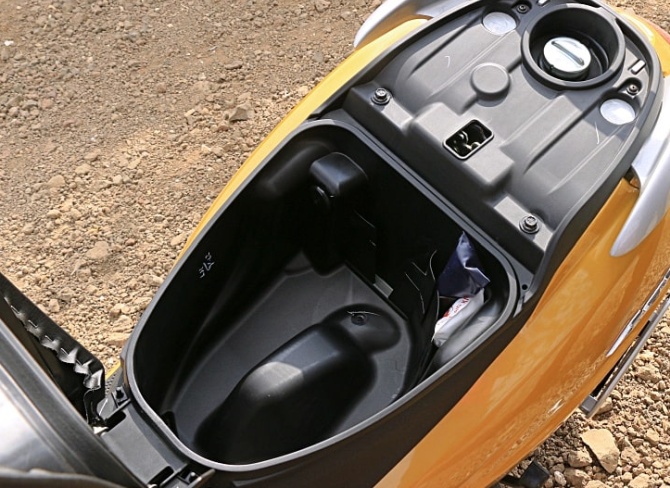 Under the seat is a decently sized boot of 18 litres. It's good for knick-knacks and bottles at best, so don't expect to carry anything large along with your helmet.

Again, Honda is not offering modern must-haves like a USB charger or even a boot light. There is space for a power socket but that too is available only as an optional accessory. 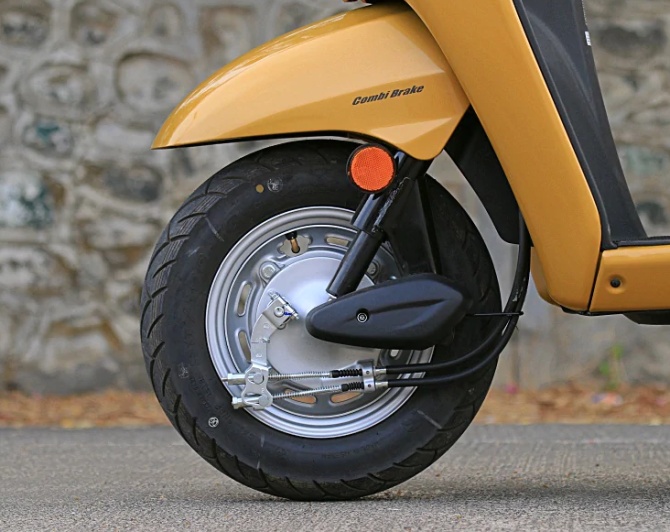 With the 5G, Honda hasn't changed the underpinnings of the Activa and it continues with a 130mm drum brake setup with 90/100 tyres on 10-inch steel wheels at both ends.

Alloy wheels and a front disc are not even available as an option.

Moving on to the suspension setup, it comes with a bottom-link suspension at the front and a monoshock at the rear.

Again, we really believe Honda should have taken this opportunity to shift to telescopic front forks for a better ride. 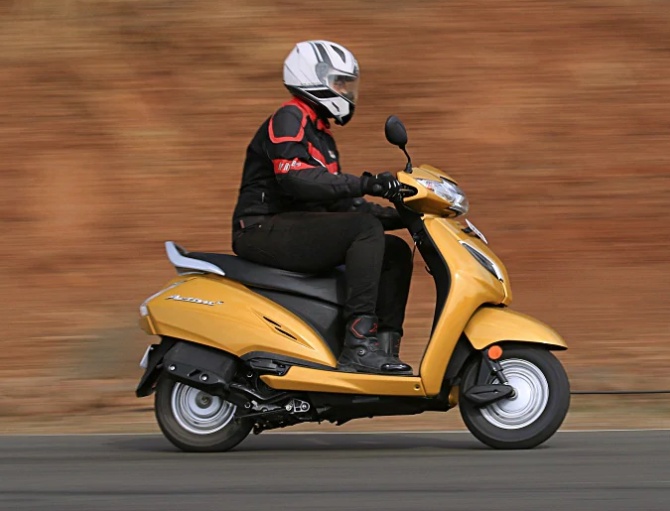 The Activa gets a comfortable seating position with a slightly low-set handlebar.

While this is a boon for shorter riders, taller ones will have to dangle their leg to make U-turns, as the bar ends will make contact with their knees at full lock on either side.

The seat is wide and long, with good padding to keep you comfortable even during long city hauls.

But the wide front section means it will be difficult for riders below five and a half feet to get their feet firmly on the ground without moving all the way forward on the seat.

The wide rear seat, along with the tall grab rail which runs across the entire back-end, make it a very pillion-friendly scooter. 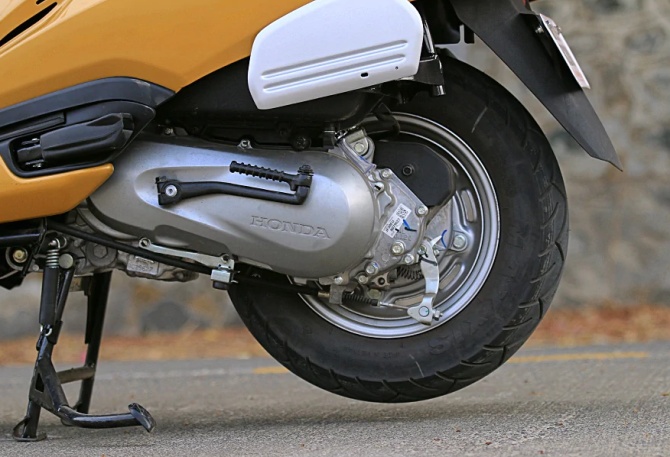 Even the tune of the variomatic transmission remains the same and largely favours city conditions.

This means while the Activa 5G doesn't feel peppy off the line and takes 10.55 seconds to get from 0-60 kmph (9.36 seconds on the Honda Dio). This also helps it feel composed for elder riders.

More importantly, it manages in-city acceleration from 20-80 kmph in 17.65 seconds (19.64 seconds on the Dio), which is quite impressive. 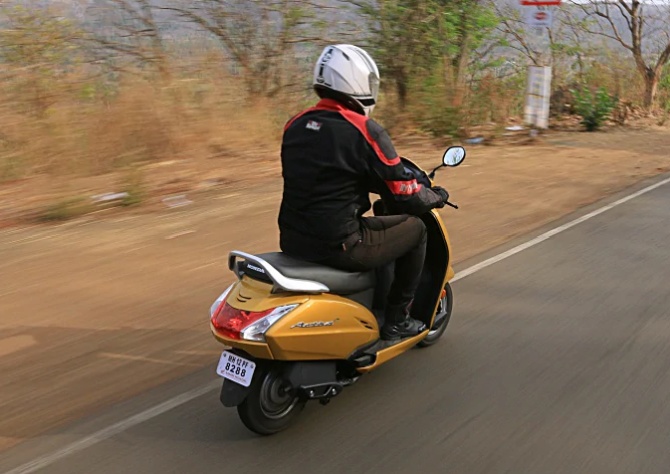 Coming to efficiency, the Activa 5G returned a tested 58 kmpl in the city, the second-best figure we've got in this segment after the Jupiter.

And with a tank capacity of 5.3 litres, you are looking at a range close to 300 km between fillings. 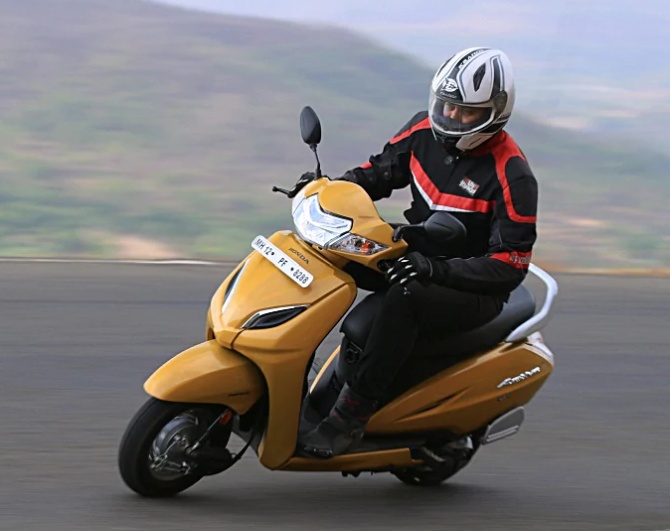 The Activa's motor feels refined at speeds of up to 60 kmph and there are barely any vibrations to complain about.

But go past that and the motor starts to feel gruff. Even the fuel economy drops to 55 kmpl on the highways.

We achieved a VBox-tested top speed of 90.77 kmph on the Activa, but we suggest you stay well under that. 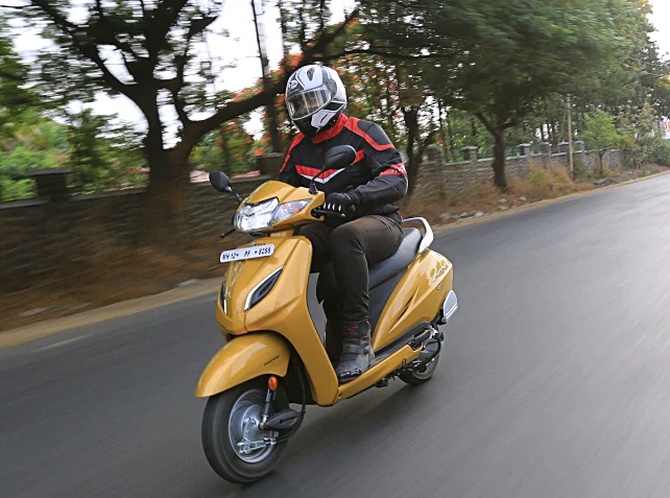 As mentioned before, the Activa continues to use a bottom link front suspension.

It has been tuned quite well, and barely lets anything filter through to the rider.

But the bucking of the front suspension every time you hit the brakes does tend to become irritating over time. The rear feels a little stiff but improves drastically with a pillion on board.

The combined result is a composed ride which can be appreciated by riders and even pillions of all age groups.

In terms of handling, the Activa feel easy to manoeuvre in the city, with a light feel from the handlebars.

It tips quickly and darts through traffic quite easily.

The grip on offer from the tyres is also adequate, provided you do not push the scooter out of its comfort zone.

On highways, though, you don't feel confident and a set of telescopic forks would have provided much better high-speed stability.

The braking distance of 22.57 metres to get to a stop from 60 kmph of the Activa is on par with the competition.

But brake feel is severely lacking and you have to really squeeze them hard to get the scooter to a stop quickly. Luckily, it does get combi brakes, which helps the Activa shed speeds safely. 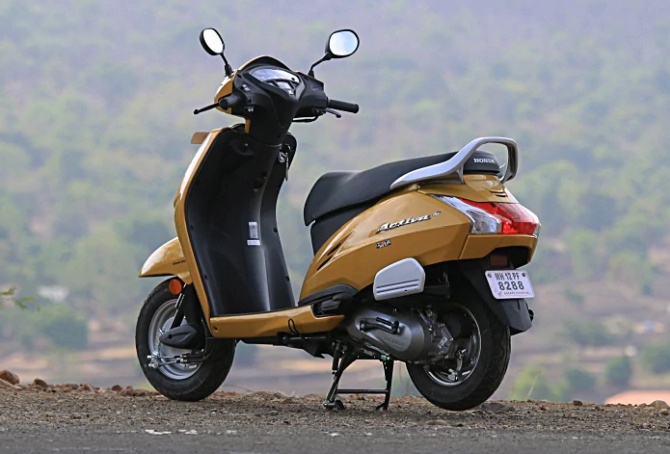 The Honda Activa 5G doesn't feel like the 'baap', but the 'dadaji' of Indian scooters.

We don't say this just because the design feels a little old or it lacks modern features, but also because it feels quite mature now and a bit too safe.

Honda hasn't changed the core values which made the Activa a hit in the first place, or well, anything else, at all. What they have done at best is a minor facelift job.

And after so many years, without any real change, the Activa now feels rather generic.

This then is the same old, reliable Activa that every member of the family will use because it's a great utility, not because it's desirable.

It rides well, packs adequate performance for the city and comes in at a price of Rs 54,884 (ex-Delhi) for this Deluxe variant.

While it is a good buy and is easy to recommend for someone looking for a no-nonsense scooter, it's not the go-to if you're looking for premiumness and features.

For that, there are other, better options out there at almost the same price.