The most affordable Aprilia is here! 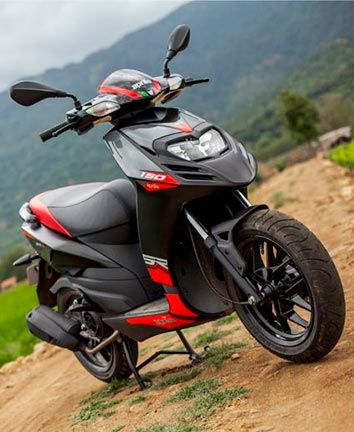 The Aprilia SR150 is a great buy and could be a perfect bet for the Piaggio Group which needs to mark its prominence outside the superbike segment and classy Vespa scooters, says Abay Verma. The Indian two-wheeler market offers a wide variety of scooters; however, youngsters have been craving for a true sports scooter for a long time. 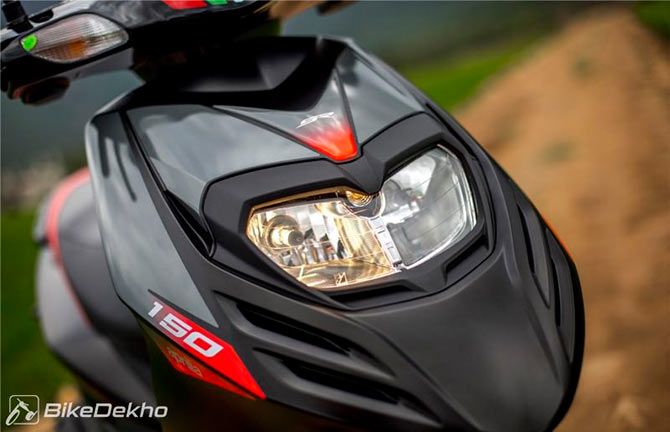 Banking on this craze, the Piaggio Group took a leap of faith and announced its intention to launch an Aprilia-branded 150cc scooter, the SR150, in the country. The brand is better known for its exotic fast machines like the RSV4 and Tuono V4 and the SR150 visually does justice to its Aprilia badge with its sporty styling.

And now, it is time to ride the most affordable Aprilia in the market to see if it also remains true to the Aprilia heritage in every other way that matters.

The SR150 looks satisfactorily sporty with the red and black graphics complemented by a short red-black seat. The front apron sports twin headlights which make it look aggressive and the 32mm telescopic forks in the front and 14-inch wheels complete the sportiness package.

Choosing sportiness over practicality, the SR150 gets a relatively narrower foot board and the design of the console reiterates the sportiness as well. The rider sits high on the SR150, which could be an issue for short riders. 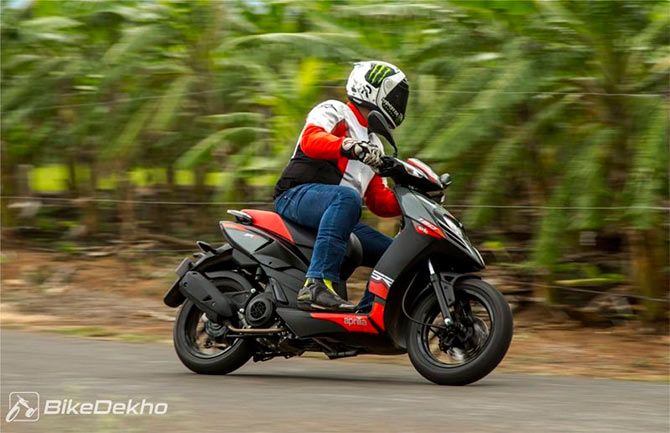 It would have been more comfortable for longer rides with some extra padding on the seat.

The Aprilia SR150 shares the same 150cc, air-cooled, 3-valve engine that we have seen in the Vespa 150, with almost same figures of 11.5PS of power and 11.5Nm of peak torque. Our primary apprehension that it could want some more power was laid to rest while returning from our shoot location.

The scooter feels light and acceleration is brisk; it goes beyond 70kmph easily, which is where most of the scooters just give up trying. In fact, it is one of the few scooters that cross the 100kmph mark.

The engine performance is one of the positives, though some refinement would have been welcome.

The SR150's handling is agile and the scooter quickly changes directions. So, manoeuvring it through the traffic is not a big task at all. 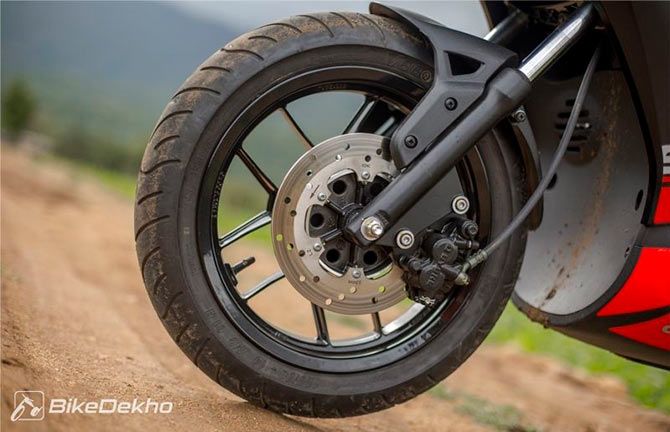 Thanks to its 14-inch wheels and grippy tyres, the scooter is a superior handler which likes being leaned hard into corners. The suspension set-up is a bit stiff which further assists cornering, especially with its good ground clearance.

On the other hand, the stiff suspension set-up makes the ride bumpy on bad roads, which can be felt more when the rider is travelling solo. The riding position on the SR150 inclines towards sportiness but is comfortable enough for the rider. 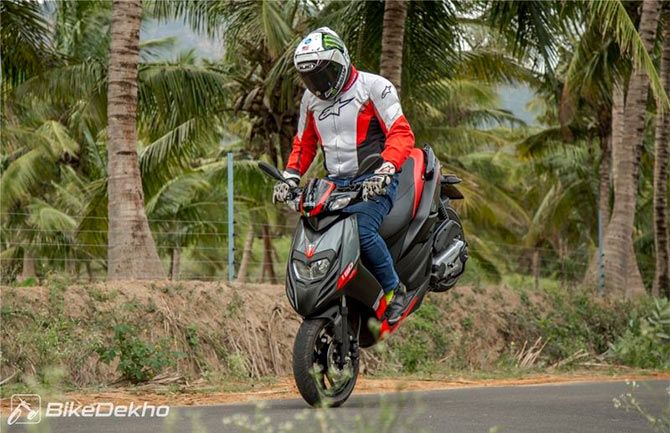 The SR150 doesn't have a brake lock at the rear but gets a pass switch which is a rare feature in the scooter segment in the country.  For the introductory price of Rs 65,000 (ex-showroom, Delhi), the scooter is a great buy and could be a perfect bet for the Piaggio Group which needs to mark its prominence outside the superbike segment and classy Vespa scooters.

If you want the sportiness of a motorcycle and convenience of an automatic scooter in your ride, then the Aprilia SR150 is the one for you. Surprisingly, the side stand is not a part of the package and will be on offer as a compulsory accessory with the Aprilia SR150. We felt that the manufacturer could have used slightly better quality of plastic and tuned the engine to make it a bit smoother.

In our opinion, the bugs hardly come in the way of the fact that the SR150 is one of most exciting-to-ride scooters currently available on sale in the country. Moreover, the SR150 gives you an opportunity to own an Aprilia, just in case its superbikes are out of your budget.