Is the Pulsar NS 160 a worthy player in the highly competitive 160cc segment?

The bike ticks all the right boxes when it comes to style, performance, ride and handling. Benjamin Gracias, who did a performance test, reveals the whole story 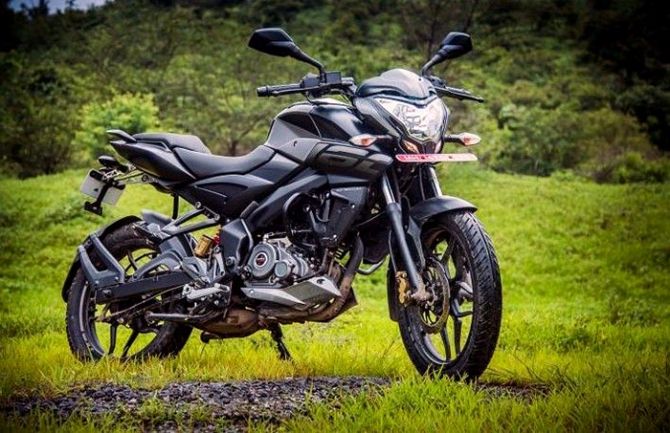 Times have changed. The 150cc segment, which was once the flag bearer of entry level performance bikes, has now shifted its focus towards being premium commuter bikes.

The 160cc segment is the sporty youth and the focus is on style and performance.

It is a fiercely contested segment with major bike manufacturers battling for a piece of the pie. Admittedly, Bajaj has been late to the party, though it does bring a new motor with more power and better suspension parts.

Is it enough to be a worthy contender? 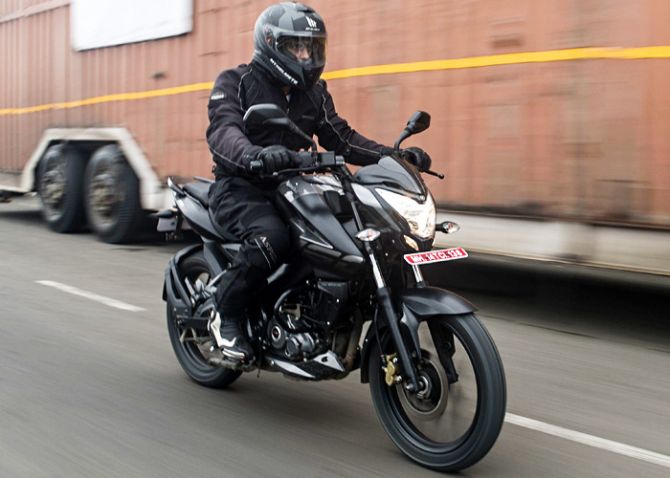 Let's get one thing straight: The NS 160 is not a successor to the Pulsar 150 which was recently updated with a new motor.

Bajaj confirmed that they will sell side by side, though the NS 160 might probably take over the Pulsar 180's mantle. It means they will wait and watch both the Pulsar 180 and NS 160's sales and, based on the feedback, will decide whether to keep the Pulsar 180 in production or pull the plug on it. 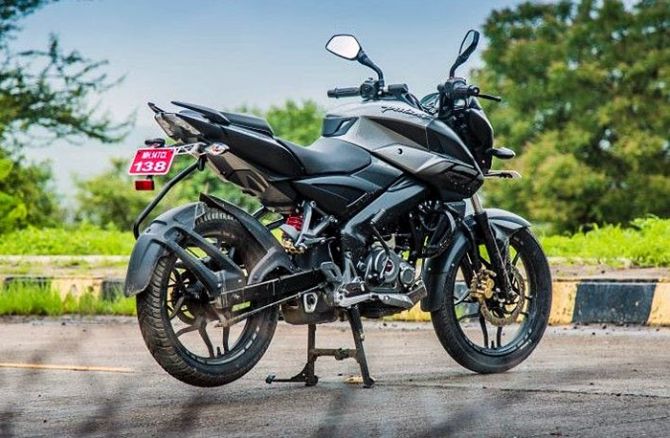 The NS 160 is based on the recently revived Pulsar NS 200 in the sense that the frame and bodywork have been carried over from the NS 200. This does work in the NS 160's favour as the segment is about style and the bike has oodles of it.

The sharp headlamp, tank and short aluminium tailpiece with LED tail lamps look modern and exude a big-bike feel. But, the overall design is let down by the skinny tyres.

While the other bikes in this segment come with chunky tyres, Bajaj has decided to stick to a narrower profile in the interest of better manoeuvrability.

The move helps for dynamics though the NS 160 loses brownie points when it comes to looks.

The seat height, at 805mm, is substantially taller than the competition, which might be a bother for shorter riders.

While bodywork is similar, Bajaj has introduced a new blue colour scheme for the NS 160. It is available in red and grey as well while the white shade is exclusive to the NS 200. 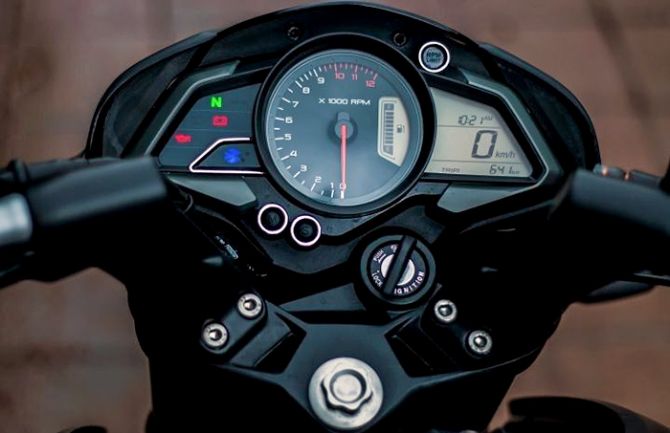 The NS 160 gets a lot of features from the NS 200. First-in-segment is the clip-on handlebars.

It gets split seats, split grab rails and a digital analogue console. The talking point is the perimeter frame -- another segment first which provides exceptional rigidity for better handling.

The rear swingarm gets a smaller box section though wheelbase, at 1363mm, is identical to the NS 200 while being more than its rivals.

The front forks have reduced in diameter while the rear comes with a gas-charged monoshock (segment-first).

The suspension package coupled with the narrow but grippy MRF tyres works well.

Initial impressions while riding the NS 160 are that of a lightweight motorcycle despite the bike weighing 142 kg, which is more than its rivals.

The NS 160 executes quick direction changes though I felt that the turning radius might be higher.

It was pouring while we rode the bike so we could not push the bike much, though even in the pouring rain, the MRF Zappers, despite the slimmer 80/100-17 front and 110/80-17 rear, provided exceptional stability and poise. 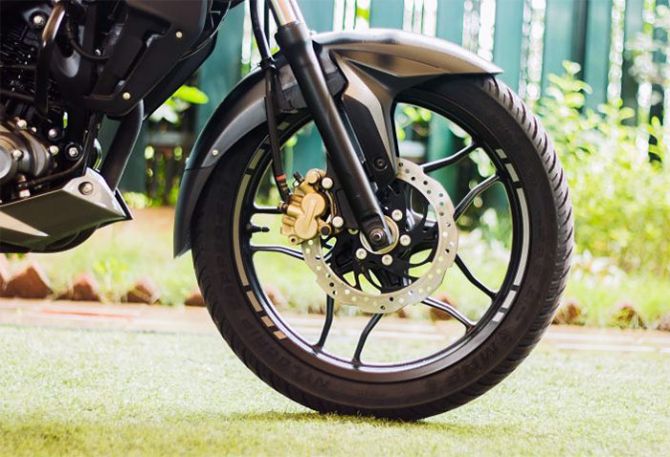 The NS 160 shares its brake components with the Pulsar 150. Bajaj says that it gave the NS 200's fantastic Bybre brakes a miss for the Pulsar 150's Endurance brakes to keep costs low. The 240mm front disc and 130mm rear drum setup do a good job of bringing the bike to a standstill.

During our braking tests it displayed a strong and progressive bite. Bajaj says, depending on feedback, it might introduce an optional rear disc brake. 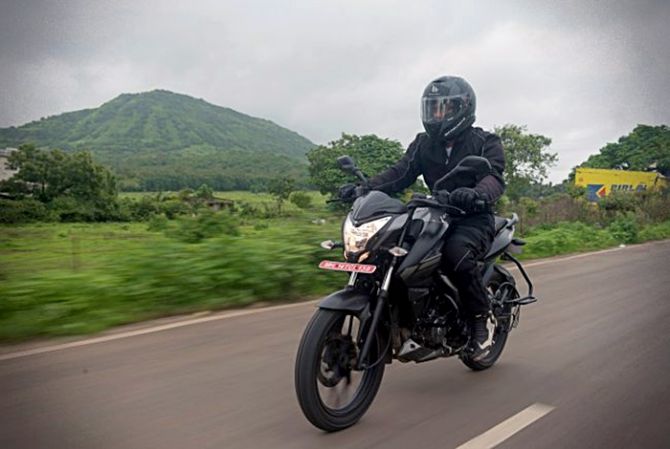 Overall ride quality is a tad on the firmer side though the suspension displays excellent composure over bad and broken roads. The front suspension is a tad softer, to absorb surface imperfections, though the trade-off is a bit of dive under hard braking. The 160cc engine is the talking point here. The engine comes from the Discover 150 and Pulsar AS 150 family and is the only one in the segment to feature a four-valve head.

While the basic engine architecture is of the AS 150, the stroke has been increased to bring engine capacity up to 160.3cc. 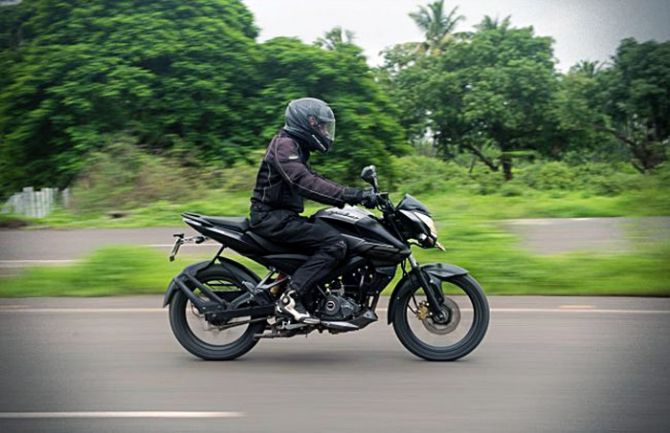 Top speed as per the Vbox was 111.17kmph, with the speedometer showing 123kmph. 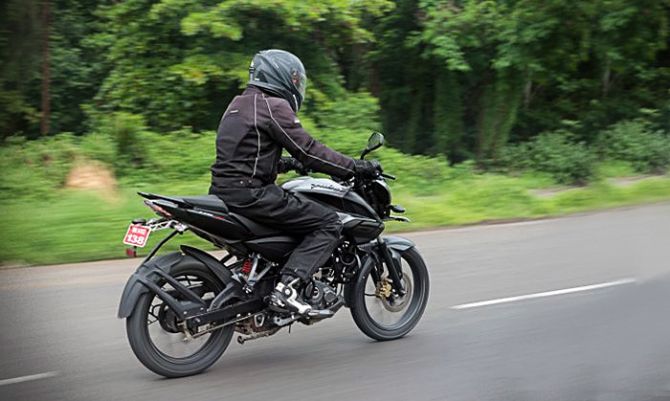 The engine feels quick to rev while power delivery feels linear throughout the rev range. The engine is tractable with roll-on tests throwing up excellent numbers.

Refinement levels are good and though not as much as the Suzuki Gixxer, it is better than the Honda Hornet 160.

The 5-speed gearbox has tall ratios and shifts, while positive, lack the precision of its Japanese rivals.

Bajaj has done well to endow the NS 160 with high-spec cycle parts and features while keeping the price in check.

At Rs 78,368 (ex-Delhi), it is competitively priced when stacked against its rivals.

During our short stint with the bike, we felt that the Pulsar NS 160 ticks all the right boxes when it comes to style, performance, ride and handling.

The new NS 160 is a worthy contender and makes a strong case for itself in this highly competitive 160cc segment.