Why Honda Gold Wing could be your dream bike

The Honda Gold Wing has outstanding presence, a punchy engine and all the necessary features a person could dream of, says Faisal Ali Khan of MotorBeam.com.
The ride is exceptionally comfortable and also fun. 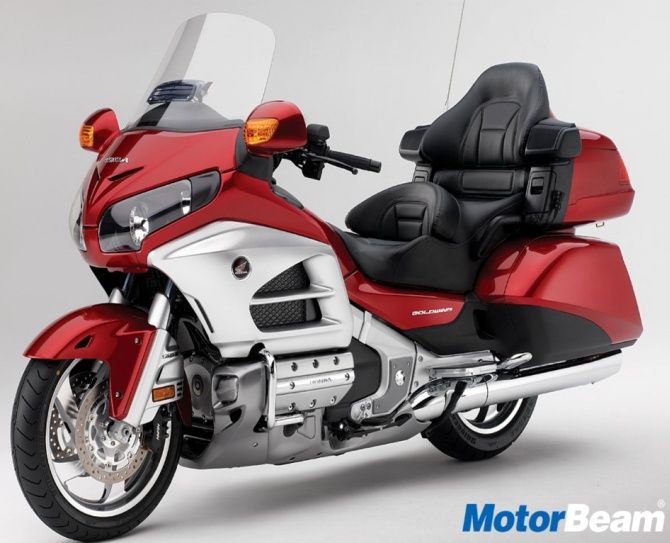 The Honda Gold Wing has been the gold standard of long-distance touring bikes for over four decades now.

Currently, the vehicle is in its seventh generation.

We got a chance to ride the sixth generation of this comfy beast and tell you all about it. 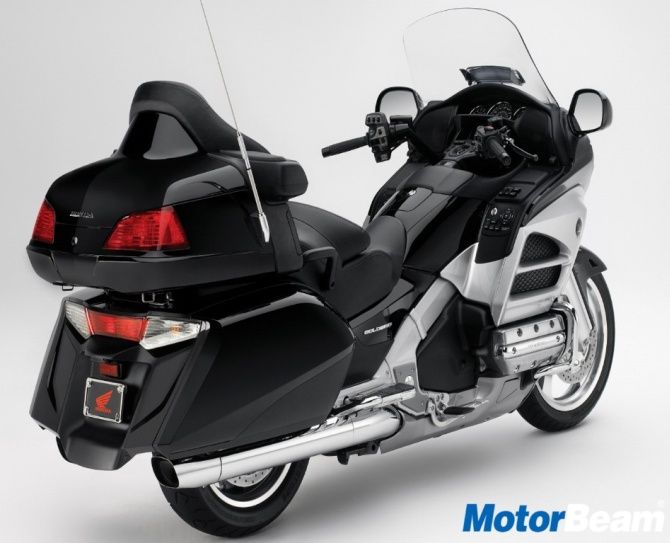 IMAGE: The huge headlights, the fat tyres and the gigantic rear profile give the Gold Wing incredible presence on the road.

A first glance at the Honda Gold Wing and you will be shocked by its massive dimensions.

The bike grabs a lot of attention on the road.

The huge headlights, the fat tyres and the gigantic rear profile give the Gold Wing incredible presence on the road.

The bodywork and fairing not only give the bike its massive stance but are also aerodynamically compliant.

You also get a small spoiler on top of the top box which looks cool and also helps in reducing the drag co-efficient. 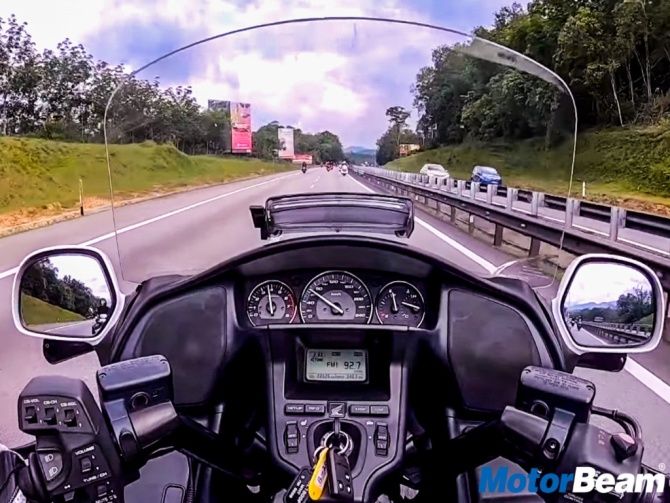 IMAGE: It has tons of buttons and switches.

The Honda Gold Wing comes loaded with features and has tons of buttons and switches.

To start with, you get a button for your heated seats below the digital display along with the buttons to operate the infotainment system.

The RHS houses the switch to alternate between the headlights and also adjust the suspension.

You can also find the buttons for the cruise control and the reverse gear this side.

Whereas, the LHS has buttons for the hazard lights, indicators, switch to toggle the beams and a button to sound the horn.

It also gets an AUX port and buttons to adjust the volume.

The instrument cluster has three analogue pods which house the speedometer, tachometer, engine temperature and the fuel level.

It also has a digital display which shows the odometer, trip meter and also the active radio frequency. IMAGE: It has all the necessary features a person could dream of.

The Honda Gold Wing is designed for serious long distance touring and the ergonomics help you do that efficiently.

The upright seating posture along with the wide handlebar and centre set foot pegs helps you find a comfortable riding position easily.

The mirrors give a good view of what's behind and the seats are extremely comfortable.

The pillion gets a large backrest and is very comfortable for long rides.

It also gets heated seats and heated grips for that added pleasure. IMAGE: One can clearly view audio and navigating systems.

The sixth generation Honda Gold Wing is powered by a 1,833 cc, 6-cylinder engine that produces 118 HP of power and 167 Nm of torque.

The engine is extremely refined and has a good punch.

Open the throttle and this engine pulls gracefully.

It's very responsive lower down and also has a charming sound to it.

This engine is mated to a 5-speed manual gearbox which also has a reverse gear which is useful while parking.

One could definitely feel each gram of the 400 kg weight of the Gold Wing while manoeuvring in traffic, on open roads and high speeds it is a whole different story.

On bad roads, the ride does become bouncy.

Handling too is great for its size and the Gold Wing feels effortless to ride. 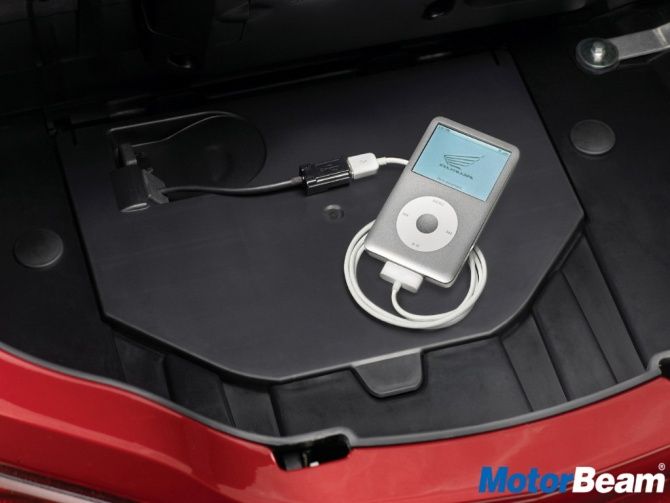 IMAGE: It is compatible with Apple so you can listen to Apple music and maps.

The Honda Gold Wing is the bike which every cruiser motorcycle looks up to.

It has an outstanding presence, a punchy engine and all the necessary features a person could dream of.

The ride is exceptionally comfortable and also fun.

While the price may be on the higher side if you are looking for a motorcycle in this segment, you can count out Honda's reliability and outstanding service support.