Young, successful: But they cycle to work 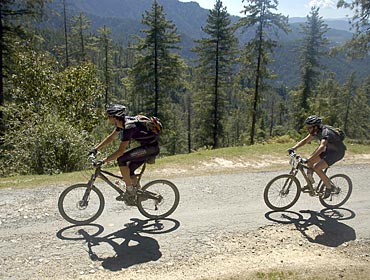 A growing band of young, successful Indians are taking to cycling as a green lifestyle choice, but it's far from a smooth ride, find Tanushree Ghosh and Gargi Gupta. Photograph: Anil Dayal/Reuters

Kaustubh Srikanth goes everywhere on his bicycle. He came to meet us riding one, which is unusual, to say the least, since very few -- with the exception, perhaps, of the milkman and the newspaper vendor -- ride bikes in the Capital. Even more unusual, he carried the bicycle into the coffee shop, neatly folded it into a compact triangle and placed it upright by his chair. "I even cycle to my office in Gurgaon and client meets," says the 30-something IT entrepreneur who lives in South Delhi.

Cycling on Indian roads? You may think it's just too dangerous given the terrible disrepair of our roads and the chaotic traffic, but there's a growing band of intrepid Indians -- youngish, city-bred, successful and well-travelled males (for the most part, which is sad) -- who've taken to cycling. You'll find them early on Sunday mornings on the Greater Noida Expressway near Delhi, or the Mumbai-Pune highway, or near the Gachibowli Stadium in Hyderabad -- wearing 'hairnet' helmets and gloves, tearing down the macadam on their expensive bikes. For these, bicycling is not just a hobby, but a lifestyle choice that's healthy and green. Most of them ride on weekends as a form of recreation, but there are some, like Srikanth, who ride a cycle wherever they go.

Take 32-year-old Sridhar Birlangi in Hyderabad, who not just bikes to work from his home in Hydernagar to his workplace in Hi-Tech City (18 kms one way), but has also founded the Bike2Work Club to persuade others to follow suit. "I save around Rs 5,000 a month on petrol. In addition, I don't have to spend on gyms as this is a great way to keep fit," he says.

In Mumbai, 40-year-old Anil Uchil, owner of Ellipsis Communications, a marketing and communications firm, cycles to work daily from Mulund to Andheri, and even to client meets, riding 40-60 kms daily. "It is bothersome to travel by local trains. If you use a bus or car, you're bound to get stuck in traffic jams. Cycles are the best alternative; you can go anywhere, faster." Saurabh Gupta, 35, senior manager, human resources, Café Coffee Day, pedals to office 5 kms away in Saki Naka, Andheri East from Powai, deliberately taking a longer route in order to cycle more. "I lead a sedentary life and cycling keeps me energetic," says Gupta.

Delhi too has a few who brave the extreme temperatures and the fast-moving, brash traffic to bicycle to work and elsewhere as often as they can -- Sudip Bhattacharya, creative director, IRIS Worldwide; lawyers Ashish Prasad and Chander Lall; and Jaspreet Bindra, regional director, entertainment and devices, Microsoft India.

The numbers cycling for recreation are, of course, far greater -- among them quite a few celebrities. Rahul Gandhi created quite a splash last year when the media caught him pedalling away early morning in Lutyens's Delhi. His party MP Sandeep Dikshit reportedly pedals to Parliament, while filmmaker Anurag Kashyap is a recent convert. Most Indian cities have cycling clubs, whose members bond over e-groups and informal rides on weekends.

There's Bangalore Biker's Club, which started three years ago and now has 2,000 members; the Capital has Delhi Cycling Club, started in 2006, and Pedalyatri in Gurgaon. Besides Birlangi's Bike2Work, Hyderabad also has the Atlanta Foundation and the Great Hyderabad Bicycling Club, started by Deenanath Harpanhalli who heads Invesco, an investment management company, in India.

Most of these clubs organise special 'rides' pegged around, say, Earth Day, which have been drawing huge numbers. At Atlanta Foundation's Republic Ride this year, for instance, as many as 800 turned up. The Mumbai Cyclothon in February this year was a huge success, with 7,000 participants.

Interestingly, there is a lot of corporate support for cycling, especially from new-economy biggies such as Infosys, Accenture, HP and Bosch. At Infosys campuses everywhere, for instance, vehicles that run on fossil fuel are banned; instead there are bicycles -- hundreds of them -- scattered all over which employees are free to ride. Many offices also provide lockers and showers, where bikers can take a quick shower after a sweaty ride and get into their workday clothes. Recently, the entire staff of Cafe Coffee Day Mumbai drove to Pune, then cycled to Diveagar Beach, 200 kms away.

There's also corporate sponsorship trickling in for cycling events -- TI Cycles, which manufactures the BSA and Hercules brands of bicycles, part sponsored the Cyclothon held in Bangalore in October last and again in Mumbai this February. The Cyclothon will now be held annually and also in cities such as Delhi and Hyderabad, says Satish Menon, CEO of Sport 18, which co-sponsored the event. Incidentally, Menon too is an avid biker who cycles every day from his home in Bandra to his office in Matunga on his Bianchi Aeron-Sport which he bought in 2009 for Rs 42,000.

Feeding the fad is a range of expensive super-bikes available in India. There's Firefox, which launched in 2005 and sold as many as 10,000 such bikes last year. Firefox makes its own brand of bikes and also distributes Trek, an iconic American bicycle brand, and Popeye -- a recent launch -- for kids. Mercedes-Benz also launched its brand of bikes in India in 2005. Merida, another established English brand, came to India in 2007, while last year Bianchi and Canondale, two other renowned brands of bikes and biking gear, tied up with TI Cycles to sell in India. Giant, Schwinn, Raleigh and Adidas are some of the other brands now available.

These high-tech beauties, some made of titanium and other high-performance materials, don't come cheap -- they start at around Rs 17,000 and go up to Rs 2 lakh. There are also stores that sell high-end accessories such as Decathlon and BumsOnTheSaddle, started four years ago by Rohan Kini, a software developer-turned-cycle evangelist. This year, a cycles-only mall, LifeCycle, opened in Pune.

While all this means that cycling is finally catching on in India, there are a few who see it as an elitist trend. Divya Tate, a long-distance cyclist who has been cycling around Pune for the last 34 years, is scathing -- "I didn't see too many of these people cycling before the expensive imported bikes came into the country and it became cool to do so." Agrees Sudip Bhattacharya, "It's only when the affluent people start riding that it gets noticed by everyone." "It's all for show," concurs environmentalist Ranmal Jhala.

That may be largely true, but there are also those like Navneet Kathait, 26, a junior clerk at the central excise department. Kathait pedals 10 kms from his home in Kidwai Nagar to his office near the ITO daily and, despite earning only around Rs 14,000 a month, has bought a Firefox bike and accessories worth Rs 30,000. His friends all want to buy a motorcycle, even a second-hand Maruti, but Kathait has his eyes set on a Firefox that will cost him Rs 40,000. "It's a way of life now," he says.

Bumps on the road

Unlike in the West and China, India does not have dedicated cycling tracks and parking areas for cycles. A lot of city governments have been making noise in recent years about the need for these; some have even taken the first steps in this direction. A look at the cycling infrastructure in a few of our important metros:

Delhi: The BRT corridor provided cycling tracks, but they are mainly used by motorised two-wheelers and autorickshaws. Last year, the mayor-in-council made it mandatory for every proposal by the engineering department to provide for a cycle lane along side roads. In December, the Delhi Cycling Club submitted a memorandum of 11 demands to the state government, the foremost being for cycle lanes. Rent-a-cycle stands have been operating at a number of Delhi Metro stations -- very successfully in stations like Viswavidyala, but not so in most others.

Hyderabad: As part of the multi-modal transport system, local trains and buses have the provision to carry cycles. No cycling tracks.

Pune: Cycling tracks along many roads in Bibwewadi, Shivaji Nagar and Kothrud. These are regular pavements with a board stuck on the sides at intervals and so narrow that even two cyclists cannot pass each other. The paving blocks are uneven and have come off in places.

Mumbai: Cycling tracks have come up in the Bandra-Kurla Commercial Complex and along Carter Road in Bandra, but these can hardly be said to facilitate commuting within the city.

Critical Mass are 'political-protest' rides by cyclists drawing attention to the cycle-unfriendliness of city roads. Usually held on the last Friday of the month, these are meant to be unstructured affairs -- a band of cyclists gets together at a designated place and begins cycling, no one person leading the group, on any route that takes their fancy. Other riders join in so that at one point there are only cycles filling up a road. The movement began in San Francisco in 1992 and has spread to more than 300 cities worldwide.

It's been happening in India too, in a few cities like Pune (since 2000), Mumbai (since 2008), Bangalore (on the last Saturday of the month) and Delhi. In most cities it started with a lot of enthusiasm, and a healthy attendance of about 150-200 people, and then fizzled out. Only around six people turned up at the last one held in Delhi. "Sadly Critical Mass does not have 'critical mass' as yet," says Sunil Kalra, a Delhi-based investor who cycles every weekend. 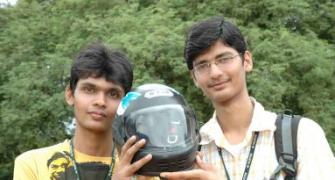 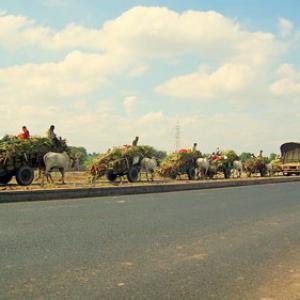 A bike pilgrimage to Trimbakeshwar and Shirdi 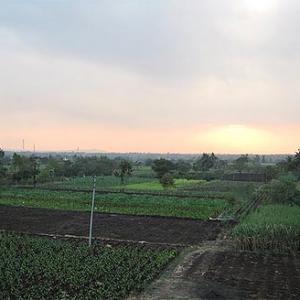