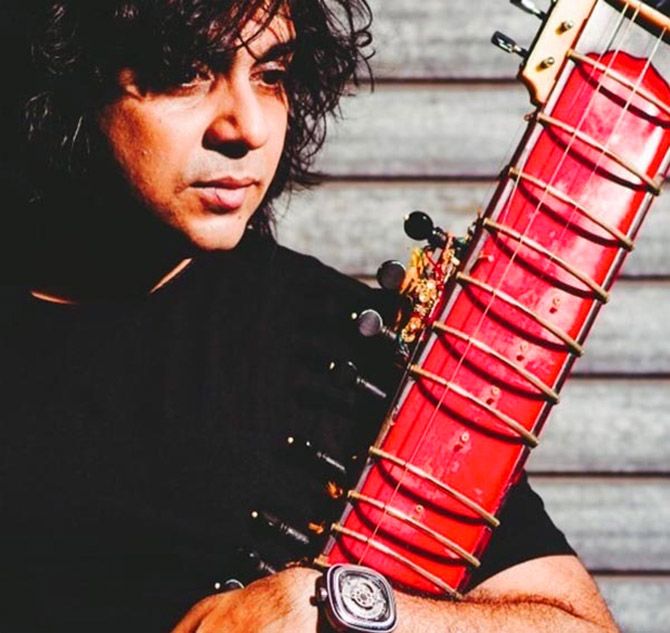 IMAGE: "Fusion offers ample scope to an artiste to experiment with his or her music and, in the process, create something new," says Niladri Kumar, seen here with his invention, the Zitar. Photograph: Kind courtesy niladrikumar.com

It is no longer unusual to see sitarist Niladri Kumar or flautist Rakesh Chaurasia, nephew of flute maestro Hariprasad Chaurasia, performing in a flashy ambience under dancing lights while seated on a bar stool.

This isn't a setting one would even remotely associate with classical music, but then it isn't exactly classical music that these young musicians are playing.

Without giving up on their classical roots, an increasing number of young musicians are today experimenting with fusion music to reach out to a wider audience.

"In fusion, unlike in traditional classical music, there are no fixed guidelines," says Kumar. "This offers ample scope to an artiste to experiment with his or her music and, in the process, create something new."

This gratification of having created something new, he says, is attracting classical musicians to fusion music.

In the current league of classy fusion artistes, Kumar is a standout example as someone who is making his presence felt in both genres.

While the traditional sitar continues to accompany him to classical events, the electric sitar -- or Zitar -- that he has invented is designed for fusion concerts.

Armed with his Zitar, he now takes the rich, traditional art form to a wider and younger audience. 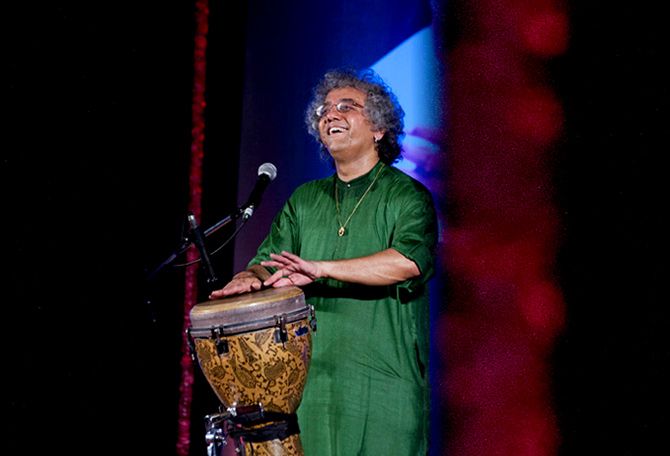 IMAGE: Taufiq Qureshi is one of the first artistes to have developed a unique rhythmic language by bring the tabla syllables on a non-Indian instrument -- the djembe, the African percussion instrument. Photograph: Kind courtesy taufiqqureshi.com

"The generation today is listening to a lot of music -- pop, rock, Sufi and Bollywood. Since people no longer have the patience to sit through a two- or three-hour concert, fusion music is becoming more relevant," says percussionist and composer Taufiq Qureshi who has been dabbling in fusion music for decades.

Fusion creates a whole variety of music within a short span of time, says Qureshi, who is the son and disciple of tabla maestro Ustad Alla Rakha.

Qureshi's command over a variety of percussion instruments has taken him to several national and international classical fusion events. Several product launches also feature his music.

"With more and more companies looking to have fusion concerts and with sponsorships coming in easily for these events, fusion does not look like a fleeting trend at all," says Ratish Tagde, founder and managing director of Insync, a classical music-based television channel.

While Bollywood continues to capture 80 per cent of the music industry, fusion is gradually carving a place for itself. 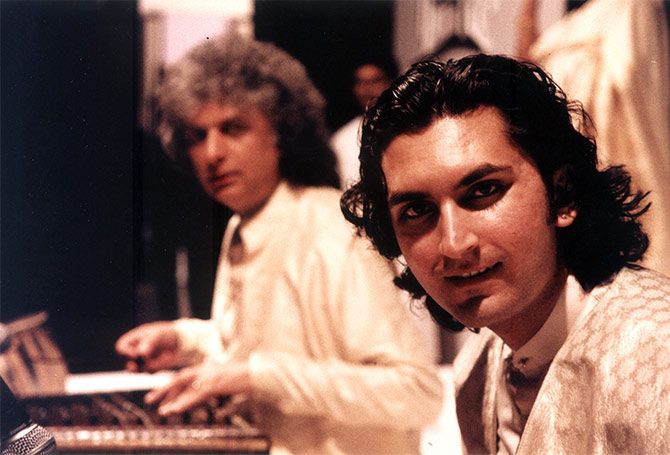 "Both classical and fusion concerts are held in equal numbers. I do not see artistes skewed towards a particular genre," says santoor player Rahul Sharma.

"Classical was never meant for the masses, so to that extent fusion music gives artistes the opportunity to reach the layman."

Sharma, whose father is santoor maestro Pandit Shivkumar Sharma, dabbles in both genres.

He has, in the past, collaborated with artistes such as Grammy Award-winning saxophonist Kenny G and electronica group Deep Forest to create 10 tracks that combined Indian folk and santoor with electronica. 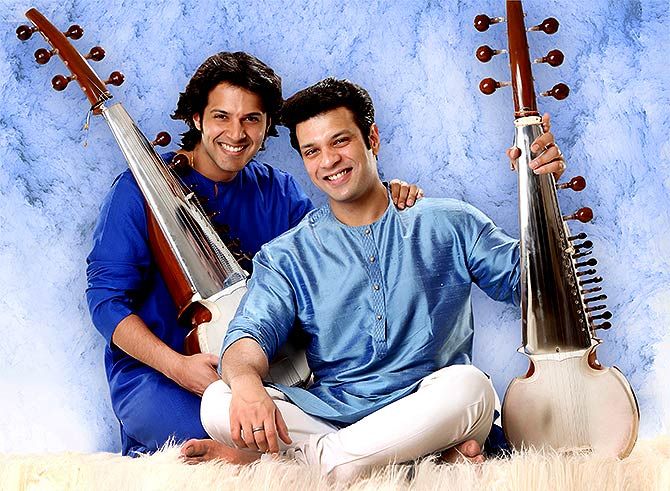 However, there are also those, like brothers Amaan Ali Bangash and Ayaan Ali Bangash, who have consciously chosen to steer clear of fusion music.

"As kids we were never asked to listen to a particular artiste or genre, or told not to listen to Western or Bollywood music. The choice and the freedom was entirely ours," says Amaan Ali, the older son of sarod maestro Ustad Amjad Ali Khan.

"It is only natural to be influenced by the music that your guru speaks of or refers to when he plays. We, thus, became engrossed in the world of Indian classical music that our father had grown up with, along with our own contemporary choices."

Over the years, the concept of fusion music has changed in India. 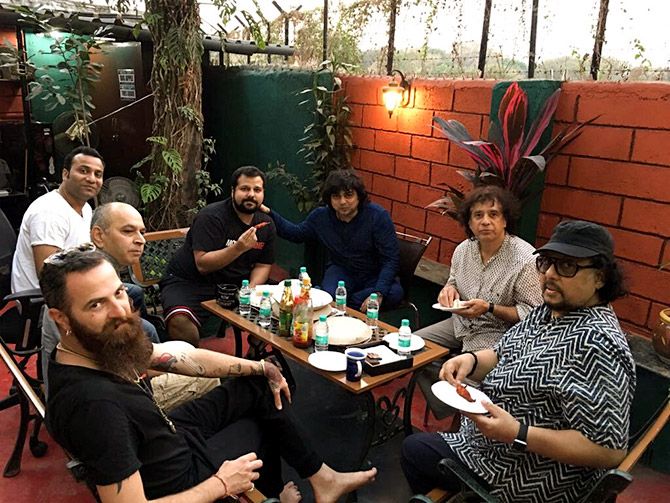 Even Bollywood has made an entry into this segment.

"Ghazals and thumris, too, have made it to fusion; even DJs are trying it out," says Qureshi who refrains from using Bollywood music in his fusion concerts.

He is one of the first artistes to have developed a unique rhythmic language by bring the tabla syllables on a non-Indian instrument -- the djembe, the African percussion instrument.

While the purists might frown upon the idea of fusion music, Qureshi says the bottom line is: "As long as you are not deforming the music, it is fine."