'I learned the hard way that world is never going to give you a hand and pull you up. You have to haul yourself up.

So take care of yourself, you will need yourself more than any other person in the world. The forces of nature are with you, keep the faith.'

Business consultant by profession and an endurance runner by passion, Sumedha Mahajan, author of just-released book Miles to Run Before I Sleep: How an Ordinary Woman Ran an Extraordinary Distance, created history when she ran as the only woman in a team of five from Delhi to Mumbai in 2012.

In a conversation with Rediff.com, Sumedha turns the spotlight on the big takeaway from the event that changed her life. 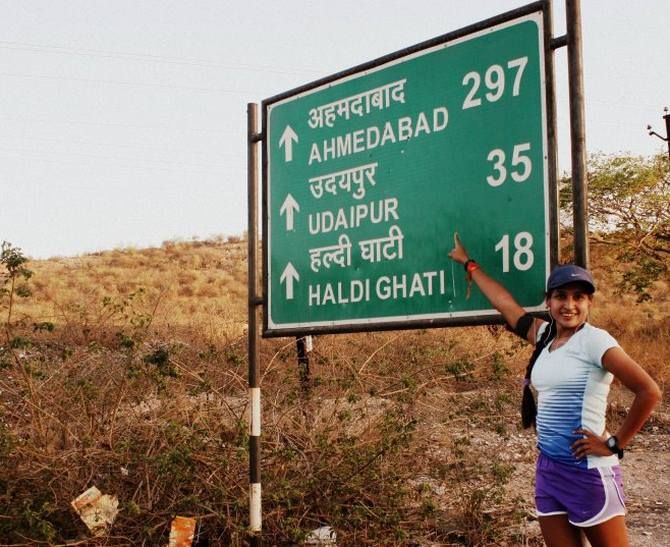 It was a distance of 1,500 km that she covered in 3O days as she ran along the highways, through towns and villages, over some rather inhospitable terrain and conditions.

What makes her feat even more noteworthy is the fact that she was born with asthma, and in a society where she had to face discrimination both because of her physical condition and simply because she was a girl. “They called me a defective piece,” she writes about her traumatic childhood in Amritsar in the just-released book Miles to Run Before I Sleep.

The book is about her journey from a timid, weak little girl to the spunky young woman who braved the odds to run the distance. In a conversation with Rediff.com, Sumedha turns the spotlight on the big takeaway from the event that changed her life.

You ran along the highways from Delhi to Mumbai as the lone woman in a team of five. What were your concerns about your safety and security during that time?

Indian highways are the most unpredictable zone in the world. You don't know what can happen the next second. Even though roads are well constructed, there are no trees or shrubs on the sides. One comes across broken beer bottles, animal carcasses, crashed vehicles and many other unpleasant things.

There was not a single toilet along the highways for the 1,500 km that I ran and relieving oneself was a huge challenge, there were eyes following me everywhere.

Even if I found some road side dhaba or restaurant to relieve myself, they were extremely unhygienic. I lived in fear of contracting some infection or the other. Eventually I preferred the open roads.

The discomforts and insecurities that I experienced in my own country, I have shared shamelessly in my book. I hope the government and my countrymen understand what developing infrastructure actually entails. Especially for women.

Also Read: 'I am a woman, and people expect me to fail and give up'

You interacted with women in the interiors of Rajasthan. What was your impression about them, especially when they seemed to be curious about the way you dressed and carried yourself?

Rural Indian women are bold and beautiful. When they first saw me, they whispered among themselves and stared at me as if I'm an alien, definitely not an Indian woman.

But when I interacted with them they just showered me with blessings and love. They opened their hearts and shared their concerns as we exchanged our stories. And my book tries to show the real India through the eyes of an ordinary woman. 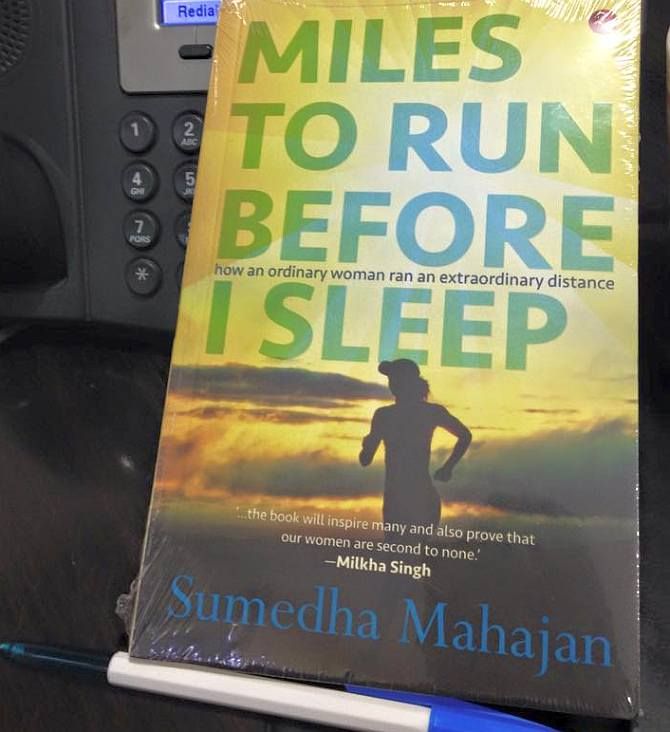 You write about how the channels were only focused on stars and celebrities because of TRPs, not taking enough care of the other runners. Did you get a chance to voice your concern with the organisers later on?

Well, I have written a book to share my concern. Hope the organisers will read it.

You write about the support you received from your family, even though they were unsure about your participation in the event. What would be your message to other women who would be faced with similar challenges in their life?

When you try to swim against the tide, no one will encourage you to do it. But you have to persist. The catch is the choices that you make. That really decides the outcome.

Looking back, what was your biggest learning from the event? You write about emerging as a different person at the end of the gruelling 30-day run.

I was not appreciated as much as I thought I would after achieving the feat. I learned the hard way that world is never going to give you a hand and pull you up. You have to haul yourself up. So take care of yourself, you will need yourself more than any other person in the world. The forces of nature are with you, keep the faith.

Also Read: The girl who ran