News
Business
Movies
Sports
Cricket
Get Ahead
Money Tips
Shopping
Sign in  |  Create a Rediffmail account
Rediff.com  » Getahead » The girl who fought back

Kiran Kanojia lost her limb when two miscreants made away with her bag. But she hasn't let that stop her. Abhishek Mande Bhot/Rediff.com narrates her story 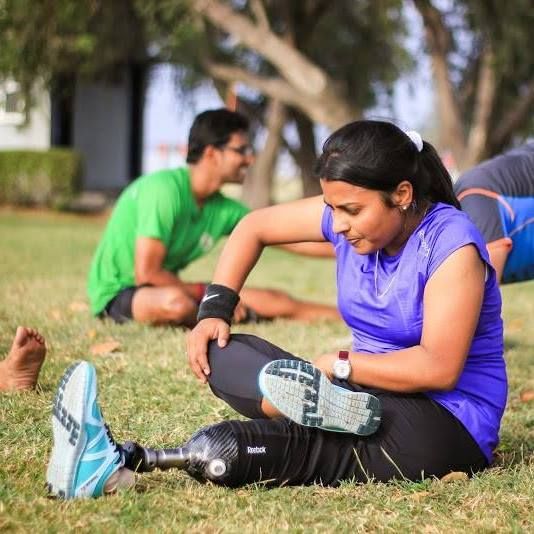 There are less than 24 hours to go before the Mumbai Marathon and we are sitting across a table at a mall in central Mumbai where Kiran Kanojia has arrived to collect her bib number that would identify her in the race.

Kanojia spent the better part of the next two hours obliging her fans with photographs.

Almost none of them knew her name. And yet they stood there waiting, so they could pose next to her or get their children to stand by her side and be photographed.

Then there were the journalists armed with video cameras and microphones, wanting to know about the incident that changed her life.

On December 24, 2011 Kiran Kanojia was travelling from Hyderabad, where she works, to Faridabad her hometown.

The train had chugged into Palwal. Another half hour and she would be home.

"It was the evening before my 26th birthday," she recalls. "And I was looking forward to being with my family.

"I was on the side lower berth near the door and was preparing to get off when two boys snatched my bag.

"I was dragged with it; I got pushed, my leg got caught in the door.

"Passengers pulled the emergency chain so the train stopped.

"They laid me on the berth and we reached Nizamuddin where I was admitted to the hospital."

Some time later, she was staring at a form that she would have to sign to permit the doctors to amputate her left leg.

It was a little past 1 am, she remembers. And it was her birthday.

"There was no other way."

A young father makes his little daughter stand next to Kanojia. He takes a picture of them on the phone.

Kanojia is wearing a prosthetic foot and a pair of bright new trainers that Reebok presented to her a few weeks ago.

A carbon fibre blade, made famous by Oscar Pistorius, lies nearby.

When she runs the half marathon, she will replace the foot with the blade, which makes it easier for her to run.

The foot, she points out, is fine to walk. But when you run, the weight falls on the stump.

The blade works differently. Because of its design the curved blade takes most of the weight falls making it more comfortable for her to run.

"Isn't it inspiring?" a middle-aged man waiting to meet her exclaims to me.

"Where do you get this foot?" another man wants to know.

She admits it is all very surreal.

Her employer, Infosys, had contributed to her recovery; they had even granted her a long leave of absence.

But how do you fight a battle with yourself? "I didn't know what I would do.

"I was not sure if I could ever go back to work again.

"I wasn't sure how this incident would affect my career.

"I didn't know how I would get by in life.

"I didn't know if I would be able to find someone to marry me!"

Six months later, she decided it was time to move on.

Her father, a farmer by profession, who chose to empower his two daughters and a son by educating them, stood by her.

"My (younger) sister accompanied me back to Hyderabad to help me start over. I started attending a rehab called Dakshin."

Kiran was still not back on her feet, she was still dependent.
Someone at Dakshin finally asked her the brutal question: "How long do you intend to carry on like this?"

Thus began the process of finding a purpose.

And so she ran.

First there were the short runs -- 5-7 km. She ran in a group of similarly-affected people. There was a sense of solidarity.

She ran the Dream Run in Mumbai, in 2014, and soon she wanted to run longer, faster.

"When I was done, I learnt that I was the first 'blade runner' to have completed it."

The enormity of the achievement would not sink in until much later but meanwhile she continued her runs.

Along the way, the media began to discover her and she was featured in newspaper and magazine articles and on TV news capsules.

She spoke to everyone, posed for photographs, gave sound bites and narrated her story over and over again.

"Before Dakshin, there was no one to tell me that all of what i have done was possible.

"I spent months in depression; I don't want anyone else to go through what I went through.

"I give lectures; I speak to the media; I do what I can to make myself heard so those who are in a similar situation can find hope." 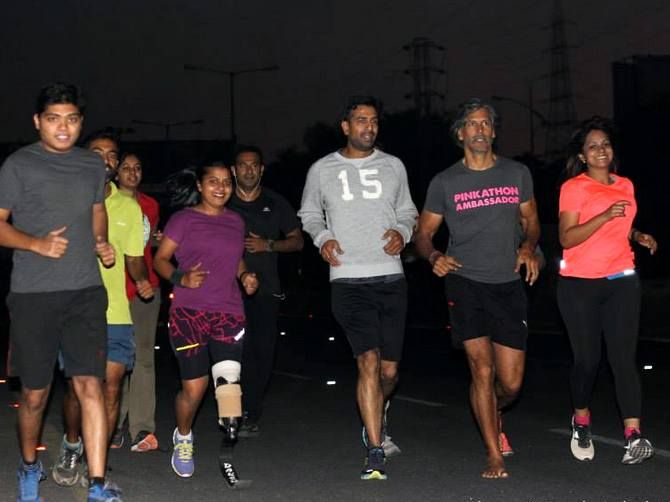 "I couldn't believe my eyes when I saw him the first time."

But does she feel betrayed by his downfall (he has been indicted for the murder of his girlfriend)?

"Not really," she says, "That is his personal life. You cannot take away his achievements. Those still stand.

"In any case, my father is a bigger hero to me.

"He is a farmer; he's worked hard all his life. He raised us, educated us and stood by us." 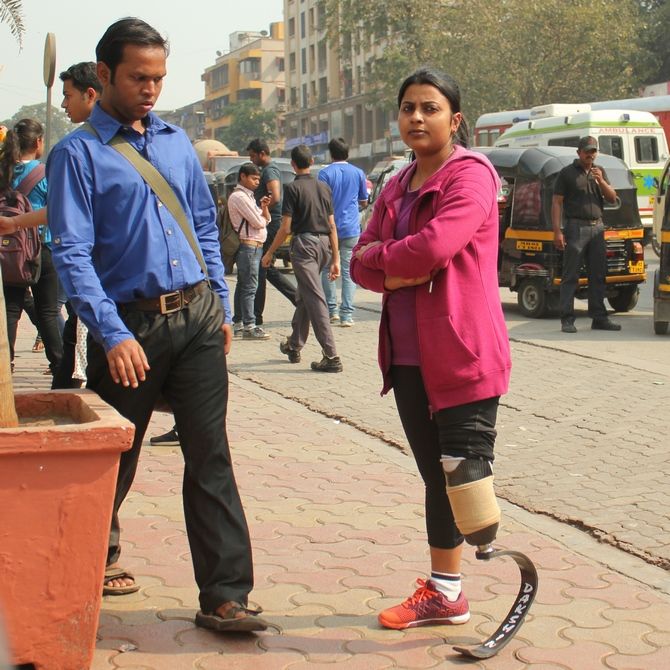 "The last five kilometres are the toughest.

"Your entire body weight unconsciously or consciously falls on the right leg.

"And despite all of it, the stump gets bruised. The recovery takes at least a few weeks.

She is occasionally at the receiving end of pitiful glances. Among the running group though, she is like any other runner.

Kiran Kanojia completed the Half Marathon in Mumbai on Sunday, January 18 in 2 hours and 44 minutes. 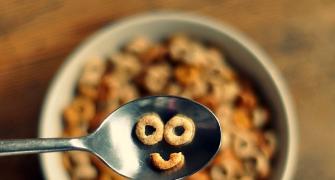 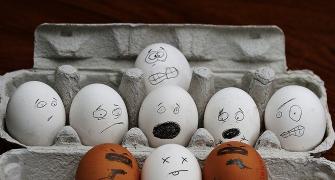 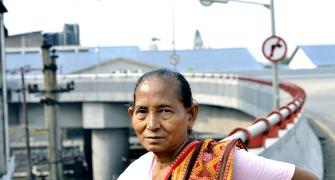 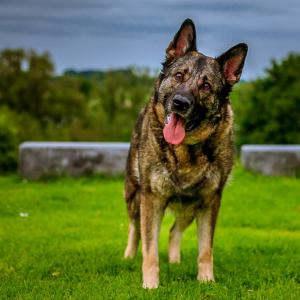