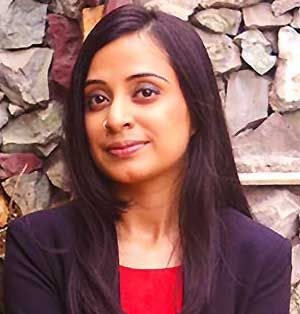 "In venting anonymously, you may end up holding hands, even if only virtually, with other survivors who may not be ready to share their trauma yet.

"It was an effort that came right from our hearts, and it's been overwhelming to see the support we've garnered from the online community with around 11,000 organic and dedicated followers."

"We hope to raise this platform to eventually actively help in the rehabilitation and psychological welfare of those who desperately need it." 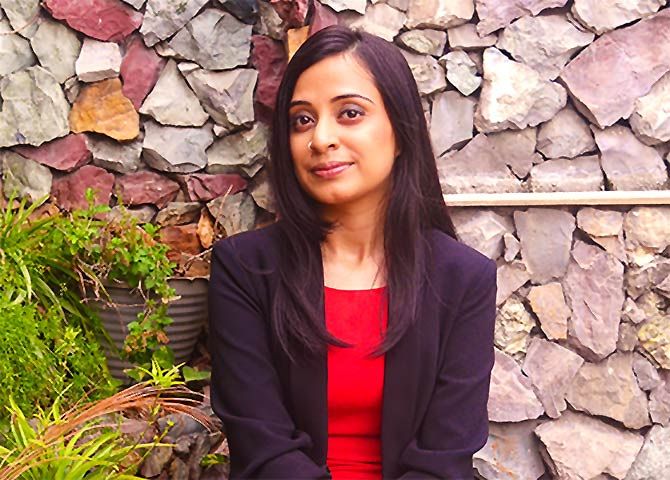 Convincing people and corporate heads that her age had nothing to do with her capabilities proved to be a challenge for this young achiever, whose Lajja Diaries offers a platform for women all across the world to share their stories of sexual or physical abuse!

"The person who had no pity on me while he brutally rape (sic) me!"

"I will never be the same again"

These are some of the things that women have anonymously written on Lajja Diaries, a platform "born out of a tragedy and national shame. Lajja Diaries was conceived as we grappled to make sense of the horrific gang rape in Delhi," says Anoushka Adya, the Founder and Partner, Di-Mentions, which is a digital marketing and design agency.

With all the digital solutions they provide to clients, there was one thing that they wanted to do for themselves. That is how Lajja Diaries was born.

"It is a platform for women all across the world to share their stories of sexual or physical abuse.

"In writing those words that describe the undoing of life as you knew it, you may just inch closer, ever so slowly, towards catharsis.

"In venting anonymously, you may end up holding hands, even if only virtually, with other survivors who may not be ready to share their trauma yet. It was an effort that came right from our hearts, and it's been overwhelming to see the support we've garnered from the online community with around 11,000 organic and dedicated followers.

"We hope to raise this platform to eventually actively help in the rehabilitation and psychological welfare of those who desperately need it," says Anoushka.

Lajja Diaries is just one aspect of Anoushka’s work, she is also Founder and leader at Di-Mentions.

Working towards her dream

A single child, she was always encouraged to study and follow her heart.

As a child, she wanted to have her own creative studio and consciously worked towards her dream.

She graduated in 2010 from the Warwick Business School in Marketing and Strategy. She stayed on in the UK for four years, where she worked to get exposure to big brands.

"And then came a point, relatively early, where I knew I was ready to jump off the safety net. I didn't want to wait any longer because I could sense I was getting too comfortable. So that was it, it was time to face the unfamiliar. So I packed my bags and got back to ground zero," she says.

She returned to India in January 2014, spent a month in Delhi and moved to Mumbai.

In Mumbai, she began to negotiate the challenges and the competition the city provided. She joined hands with her family friend Devesh, who was working as Managing Director of a 60-year-old Outdoor Advertising Company, to start up.

Anoushka and Devesh believed that India was at the cusp of a digital boom in advertising and they both wanted to ride the wave.

"For him it was a great opportunity to test waters with online marketing and for me it was his framework of support here in Mumbai that helped me get things off the ground. So, we sort of combined our different skill sets and set up Di-Mentions," says Anoushka.

They started in 2014 as a bootstrapped venture, and worked backwards for the first year until they started making profits.

Anoushka says, "With two years of working round-the-clock without any break whatsoever to speak of, things started picking up and then like they say, there was no looking back. Today we are clocking a turnover of Rs 2-3 crore and more importantly, we have a core team that is super-skilled, strong and has weathered all phases together"

With 20 full-timers and a pool of 10-15 freelancers that they frequently work with, they have picked up pace and are happy with their progress.

"Personally, I am in no hurry to get into the blitzkrieg mode of acquiring a zillion clients that most startups on the scene seem to aim for. We've all heard about slow and steady and that finish line, right? I want us to get there, sure, but strictly on our terms," she says.

"It was really outside my home that I encountered the barriers, if I can call them that -- undertones that told me subtly that it isn't easy for a woman to start up a business of her own and well-meaning advice that I'd thrown away the good opportunity of living abroad," she says.

Anoushka understands that it is essential to identify one's USP early on and push ahead with it.

"With us, it's our strategy and design that we confidently bank on," she says.

Convincing people and corporate heads that her age had nothing to do with her capabilities proved to be a challenge too. "Like with any entrepreneur, I didn't quite know whether it was going to work out and sticking it out during the lean phase was a tough job," she says.

Her family and circle of friends has been very supportive of her decision to start up.

"My mother is extremely progressive. She's my friend, there for everything big and small, pushing me to dream the apparently impossible, and making it possible, slowly but steadily. I wouldn't be able to do without her conviction and clarity," she says.

"I devour books. They are my refuge and my rescue. They give me all the inspiration I need to keep going at it. I have to be a party-pooper to remain disciplined! Getting enough sleep, nutrition, exercise and alone time comes at a cost.

As Anoushka and her team moves forward, they are looking at expansion and profitability, but along with it they are seriously working towards building content-driven IPs under Lajja Diaries and Di-mentions, to develop a strong voice.

Anoushka says, "We are very ambitious about Lajja and we are relentlessly working towards making it an active platform for awareness around feminist issues in India.

"We are going to do our bit by disseminating our perspective across the web and hopefully help change a few mindsets.

"At some point, eventually, we want to tie up with volunteers in medical and healthcare to help and counsel those who need it. This is what keeps us going, really -- the fact that we can use the digital platform to not just do quality advertising but contribute to dialogue around important subjects."