Diagnosed with quadriplegic cerebral palsy due to birth asphyxiation, Zeus Andre Sequeira is no stranger to fighting. When he was born, Zeus Andre Sequeira had an umbilical chord wrapped around his neck and a 5-minute delay in getting the oxygen lead to a brain damage.

Initially his parents weren't sure of the extend of the brain damage. All they noticed were his delayed eye movements.

"I wouldn't react easily to people calling out to me," he says.

When he turned a year old, his parents took him for a diagnostic test, which revealed that little Zeus was suffering from quadriplegic cerebral palsy.

Till the age of 14, he struggled with a hunched back and knees bent at almost 90 degrees.

However, a supra-major skeletal and muscular reconstructive surgery at the age of 14 gave him a chance to start over all again.

Today at 29, he has been medically cleared to fight able-bodied boxers and is practising for his first fight as a professional boxer.

"I get better every week and my goal is to get my first fight by the end of 2018," says the fighter, who is dedicating his journey towards raising funds for Holland Bloorview, a rehabilitation hospital for kids with disabilities.

Here he shares his inspiring story with Anita Aikara/Rediff.com. 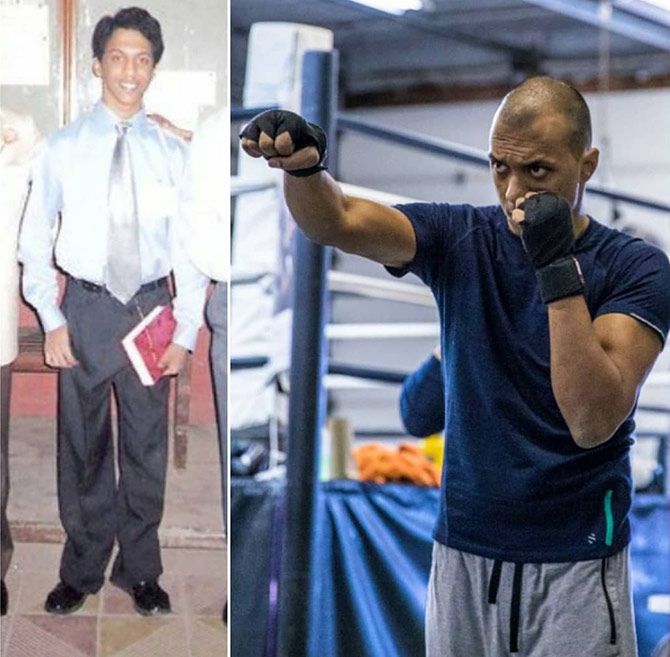 Zeus standing unassisted post the surgery (in 2004). To the right is a photo taken two months ago in January 2018, shortly after Zeus was medically cleared to fight able-bodied fighters.

Growing up in India

"Right from the time I was diagnosed with the illness, I have been getting treatment from one physiotherapist or another.

"Some of it was really painful, and there were some sessions that made no sense to me," he reveals.

In school, things were very rough for him because "back then, there was no awareness regarding the condition".

In the bargain, Zeus ended up with a severe complex.

"People would walk up to me and ask me 'why are you walking like that?'

"I'd struggle climbing stairs and also getting from point A to point B. That's when it began to sink in that there was something wrong with me."

That thought led to Zeus getting depressed and at an age when children don't even know what depression means, he ended up being a victim of it.

But that phase didn't last long and one day Zeus decided that he was going to do everything that he wanted to do and would find a way to do it.

He started treating his condition to be symptom-based. If he had trouble going up the stairs, he'd question why that happened. Did he need to work on his ankle or knee strength? Then he'd do that.

One thing lead to the other and Zeus started getting really involved with his physiotherapy and spending time working on his problem years. 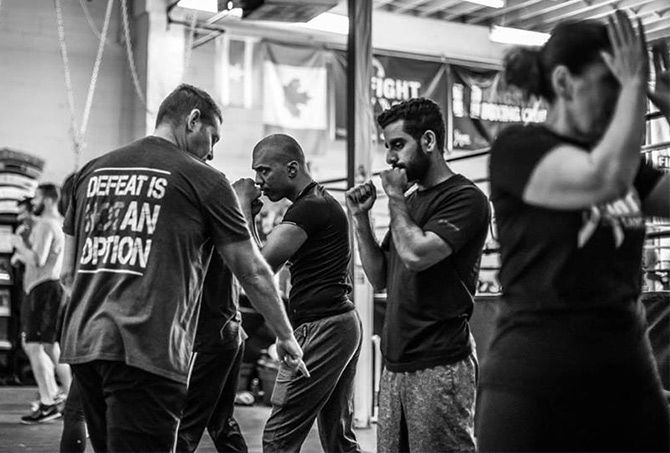 Zeus at a training session. He has dedicated his journey to becoming fight-ready toward raising funds for Holland Bloorview, a rehabilitation hospital for kids with disabilities.

However, despite his enthusiasm to change and his determination to stay strong, Zeus discovered that there was limited improvement.

So at the age of 14, he decided that he wanted to get a surgery done.

Neither of his parents had a medical background and they came from a humble background -- his mother was a teacher and his father, who worked as a freelance copywriter, got into shares full-time later in life.

His grandmother, who lived next door was a general physician. She was the one who advised Zeus' parents on whom to connect with for the surgery.

But however determined he was to go through the ordeal, Zeus reveals that he suddenly felt detached the minute the surgeon started explaining the process involved in the surgery.

"I kept feeling that they were talking about someone else and not me.

"The procedure was so invasive and it simply didn't seem possible. I didn't feel that they could be doing something like this to my body," he says.

Two weeks prior to the surgery, Zeus felt completely numb. So he decided to take each day as it comes.

Every minute leading to the surgery left like a year. He doesn't remember much of the supra-major surgery at all, but it was the recovery period that turned out to be extremely painful.

A 20-kilo plaster cast was placed on each leg and its weight was so heavy that it completely immobilised the leg.

"Post the surgery, I remember not being able to move anything below my waist because of the sheer weight of the cast. I was in the hospital for almost a month and I couldn't move at all on my own.

"Even when I had to turn over, it was done with the help of nurses.

"To make things worse, the pain was intense. I was given a pain killer every 4-6 hours, but I still remember the 15 minutes before the next dose was given to me. I have never felt pain like that in my whole life."

Coming home didn't mean that he could move; Zeus was still immobile. He had to keep the cast on for one more month and when they did come off, Zeus was in for a big shock.

"I just couldn't move my legs, not even by an inch. There was no movement."

He switched to a lighter fiber cast and in sometime, with extra effort, all he could do was turn on the bed.  Later the fibre cast came off as well and Zeus started off with his physiotherapy.

"That was the summer post my tenth board exams. I was looking forward to the 4-month break for almost a year and here I was spending the entire vacation either in hospital or recovering at home."

He couldn't leave his bedroom for three months post the surgery.

The first days of the physiotherapy were extremely painful. "All I had to do was lift my legs off the bed. The muscles were being moved after almost 2 1/2 months and I can't describe the agony I went through."

Eventually he decided to fight the pain by breaking it down. "I told myself first there will be a tightening sensation, then a burning feeling followed by intense pain."

But the idea was to push past that pain. A recent photo of Zeus with his mother, who has been his pillar of strength. Right from the time he was a child, his parents had maintained that they would raise him like a normal kid.
Today, he hopes to fight and raise funds for children with disabilities who may not have the necessary funds nor the support he received from family and friends.

From being immobile to lifting his leg to half an inch, Zeus could sit up on his own and then stand.

When he stood for the first time on his own, he noticed that he was the same height as his dad.

Zeus walked round using a walker and lived his worst nightmare of having to attend his first year at junior college with a walking stick. That affected his social life.

The road to boxing

By the time he got to his second year in college, Zeus could walk without a walking stick. But his balance was so bad that he felt that even a gush of him could have knocked him over.

He kept exercising through his years of engineering, thanks to his father who was into exercising.

By his second year of engineering, he started walking faster. But for the next six years, there was absolutely zero improvement. Around that time he moved to Canada for his higher education and decided to take his challenge to the next level.

"I was always a huge fan of boxing. I had enough hand and foot speed. I needed to get my balance better.

He had all the tools he needed so he signed up for the boxing training at a local club.

What started off as a way to get fitter, ended up making Zeus believe that he could actually fight.

But whether he would get the license to do it given his condition was the million dollar question.

"There are a bunch of medical conditions that stop you from getting the license and mine came under neurological locomotive disorders," he says.

However, the doctor saw his level of movement and made an exception in his case. 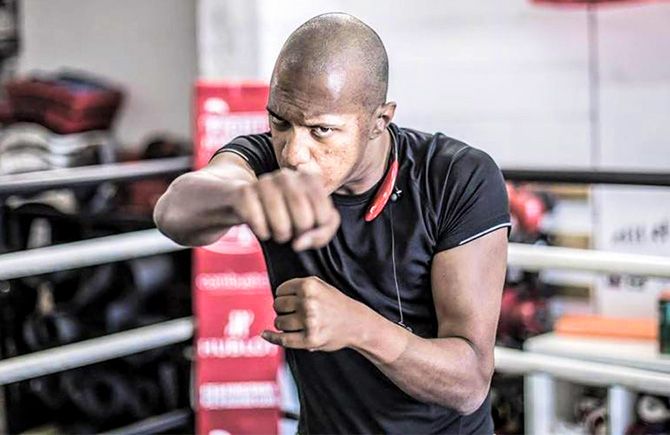 'In 1988 I was diagnosed with quadriplegic cerebral palsy and my parents were told I'd be a vegetable.
'Fast-forward to 2017 and I've recently cleared the medical evaluation for an amateur boxing license in Ontario. Is this just the beginning?' he captioned this pic which was taken at The Kingsway Boxing Club.

In January 2018, Zeus was medically cleared to fight able-bodied boxers and apply for his amateur boxing license.

Within my boxing community people started hearing about him and his dream to become a boxer.

Someone, who trained at his gym worked at a children's hospital, Holland Bloorview, felt that Zeus should used the opportunity to raise funds for the hospital.

"I realised that I could use my story to raise funds for these kids. My family could afford to give me the treatment that I needed, but other kids cant'."

"As a kid I was terrified of physical training in school. I stayed away from sports. I still remember there used to be these races in primary school and every student had to sign up for it.

"I knew that not only would I end up coming last, but would also take much longer to finish the race. It was always a nightmare participating in these races.

During one such race, it took Zeus forever to reach the finish line. The parents who saw him struggle to finish the race, stood up and started cheering for him and the principal gave him a special prize.

"Despite being really young, I knew that they were giving that prize to me to make me feel included. I appreciated the sentiment, but the fake prize is something I didn't like."

That's been his aim even during the practice leading to the fight. "I don't want it to be fake nor do I want the sympathy. It needs to be an actual title and not a repeat of what I faced as a child." 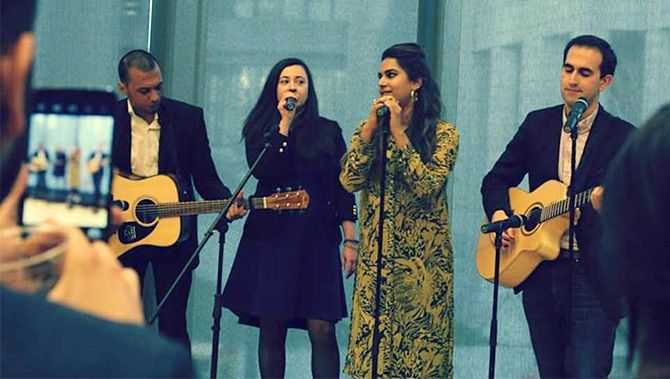 When he is not training to win, Zeus creates music. His friends describe him as a 'a talented musician, singer, humourist and a fighter in the truest sense of the word'.

Zeus' campaign has received positive feedback from people and till date he has raised 1,962 CAD.

"I get better every week and my goal is to get my first fight by the end of 2018.

"In addition to doing this, I want to dedicate my journey to becoming fight-ready toward raising funds for Holland Bloorview, a rehabilitation hospital for kids with disabilities.

"Every dollar raised goes not only to recovery and rehab, but also to programmes and services centered around music, arts, and family support funds (to cover added expenses related to the child’s disability).

You can help Zeus with his cause by clicking here! Follow his journey by clicking on this link. 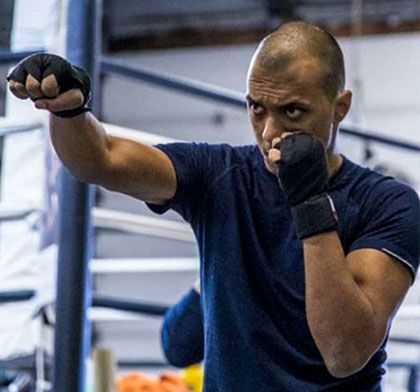