When the World Cup began, no one gave them a chance.
But the nail-biting final will go down in the record books and so will our girls.
Hopefully, now no one ever will quiz Mithali Raj about her favourite male cricketer, says Laxmi Negi. 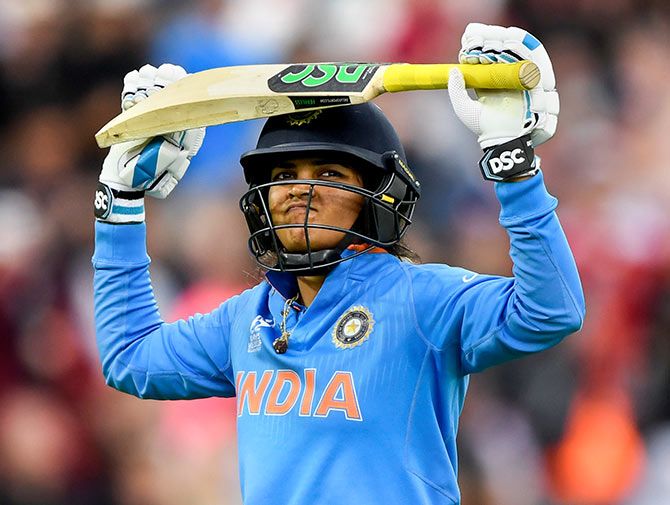 For years, women cricketers were neglected.

They were ignored while their male counterparts were worshipped.

But a lot has changed in the last month.

The Indian women's cricket team took centrestage in the World Cup, and in the national consciousness.

Smriti Mandhana and Captain Mithali Raj were a joy to watch and Harmanpreet Kaur provided some of the best entertainment.

The Indian dream of winning a World Cup was shattered on July 23 when the team suffered a middle and lower order batting collapse to lose by 9 runs against England in a nail-biting final.

As disappointing as it sounds, the game will go down in the record books and so will our girls.

They may have been outplayed in the final, but were showered with praise for holding on till the end.

India were cruising in the final with Punam Raut and Harmanpreet Kaur at the crease.

But once Punam was dismissed, it all fell apart for the Indians.

7 wickets fell for 28 runs and the Indian dream ended abruptly.

2. Winning isn't everything, wanting to win is

Our girls might not have brought home the World Cup, but they surely won hearts a plenty.

England may be the champions, but Indian hearts still swell with pride for these young women who few gave a chance of making it past the league stages.

When the Indians panicked, the hosts emerged victorious.

The Englishwomen did well in those crunch moments which turned the game.

We think a cool-headed approach in handling the pressure of chasing targets could have helped the Indian team.

That's all it takes to differentiate between the winners and losers, right?

4. Never let a stumble in the road be the end of the journey

The Indian women need not be gutted.

Most of the Indian players are young and will be around for other mega events.

The experience at Lord's should stand them in good stead.

The World Cup has changed how we watch women's cricket.

The International Cricket Council announced that more than 50 million people watched the group stage matches on telly, an 80 per cent increase from the last World Cup in 2013.

The tickets for the World Cup final were sold out.

As one looks back at the women's World Cup, it was not just about India's fairy tale campaign, which could have been perfect but for the loss of nerve in the final.

It was also about the manner in which the social and mainstream media got involved.

Hopefully, now no one ever will quiz Mithali Raj about her favourite male cricketer. 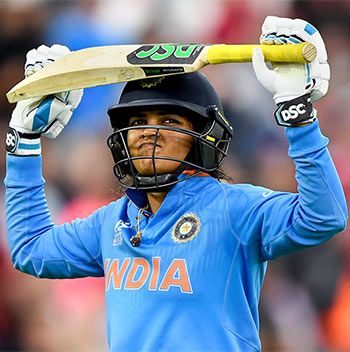