What the 'Geeta' cyberstalker case tells us

When businessman Vijay Nair spoke up against the cyberstalking he experienced, he highlighted how it isn't as innocuous as it may seem.
Manavi Kapur reports. 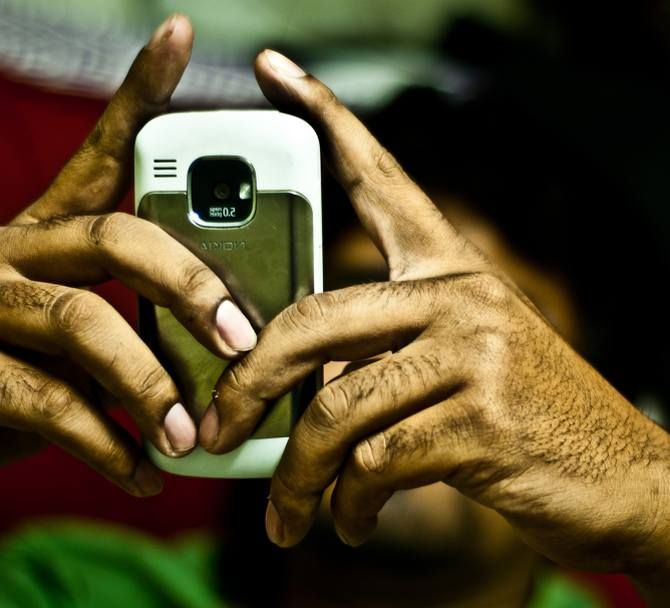 Success breeds an equal number of friends and foes.

Vijay Nair, CEO of Only Much Louder, which is one of India's most successful new media and music enterprises, would learn this truth the hard way in November 2015.

The four months after that were perhaps the most harrowing of his life, during which he was incessantly hounded by a cyberstalker.

Nair came out with his story recently, which only highlighted how cyberstalking isn't as innocuous as it may seem.

It all started with a tweet from an anonymous handle, calling Nair a 'sex maniac'.

For a regular Twitter user, absurd and out-of-the-blue tweets are not uncommon.

What followed would dissipate the idea that trolling or stalking on the Internet is only restricted to the internet.

Nair's cyberstalker would bombard him with emails and WhatsApp messages, sending them to his close friends and business associates.

But the actual deception, as is detailed in the chilling report published by HuffPost India, lay in the fact that his stalker was someone he knew, someone who pretended to be collateral damage in this menacing series of emails and messages.

Nair's case puts the spotlight on the weak and outdated Indian legal system, especially how such offenders can get away with virtually no punishment.

'Geeta', the moniker that Nair uses for his stalker to protect her identity, would perhaps only be charged with obscenity laws.

The investigators, though, are attempting to include sections pertaining to theft, harming one's reputation and criminal intimidation to the case.

Nair, a successful media entrepreneur, is known to be the force behind enterprises such as the NH 7 Weekender and AIB.

His is the story of a typical child prodigy who dropped out of school at 15 to chase his dreams. He founded Only Much Louder in 2001, when he was all of 18.

In an interview in 2014, Nair said how he never missed going to college because he visited so many campuses each year for music events. 'I'd like to believe that I lived vicariously through that experience.'

While his company was still a fledgling music enterprise, Nair brought Mumford & Sons, the popular Grammy-winning band, for a concert in India in 2009, four years before they would win the Grammy.

The media entrepreneur has been known to have knack for spotting talent and back young musicians and entertainers and make them reach their potential.

The NH7 Weekender has also become one of the most attended music festivals in the country, especially since it was one of the first to establish a culture around such events.

It was this success that Geeta used to deflect her guilt towards a rival new media company, The Viral Fever.

She claimed that TVF's CEO Arunabh Kumar put her up to the task and acted as an accomplice.

The police, though, found no merit in these allegations and found that Geeta was no ordinary stalker.

She had access to several SIM cards and used VPNs to send emails, pointing to both a criminal tendency and a psychiatric disorder.

For now, Nair has put in place safety measures to protect himself from more such assaults.

His tweets and Twitter conversations, for instance, are automatically deleted every few months. He declined comment as he was not "keen on many stories about this".

The path to recovery seems to be a long one.