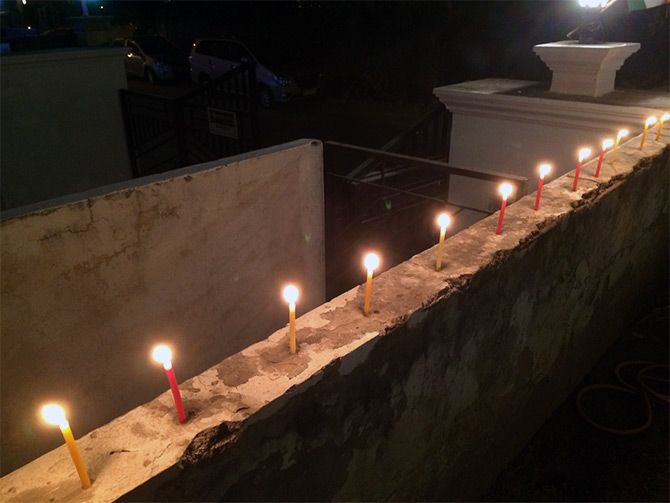 'After living in the US for over three decades, where I would spend Diwali nights with close friends and eat Indian meals, I have recently started to return home during the festival. But none of that old Diwali exists for me.'

Aseem Chhabra on Diwalis past and present.

The day before Diwali I had to catch an 8 am flight from Mumbai to Delhi. My cousin's driver came to pick me up for the ride to the airport. As I brought my bag down to the car I noticed he was packing the trunk with at least several one kilogram boxes of mithai. During the day those boxes would be distributed to my cousin's friends, family members and business associates.

I was at once reminded of my childhood. My father would do the same in Delhi, as he would take the entire family to visit a large number of relatives and friends on Diwali day. Fortunately in the 1960s and 1970s Delhi traffic was much more manageable. We would return home late in the afternoon and then start the preparations for the Diwali celebrations in the evening.

Times have changed. Diwali in Delhi has become a complicated affair where more and more money is being pumped into bigger and elaborate things. There are Chinese lights that people decorate their houses with, making October in Delhi feel like an early Christmas, and the more creative, but louder firecrackers that pollute the city's air!

During my childhood we would mostly consume mithai from Bengali sweet shops, that would sell a blend of North Indian and Bengal-inspired sweets. The mithais of my childhood included gulab jamuns, khoya barfi, chum-chums, milk cake and pinnis.

In recent years two popular chains has opened up many outlets in Delhi -- Haldiram, originally from Nagpur, and Bikanervala that sells mithais and other food items with a Rajasthani touch. And suddenly with these two chains the flavor of Delhi's Diwali has changed. It is a good and a bad thing. The definition of what is North Indian mithai has evolved and expanded, but the tastes of my childhood have been diluted. Haldiram, for instance, does not sell gulab jamuns!

But times have also changed for me. After living in the US for over three decades, where I would spend Diwali nights with close friends and eat Indian meals, I have recently started to return home during the festival. But none of that old Diwali exists for me.

My father passed away two years ago after a long illness, and with his passing the spirit of Diwali lost its edge in our house. One thing I did not inherit from my father was his energy and excitement to mark Diwali.

I did meet a number of cousins and a few other relatives over lunch on the Saturday after Diwali and we exchanged gifts -- dry fruits, cookies and packets of fruit juices. There was very little mithai in sight. And we played cards -- teen patti, to bring a touch of the Diwali spirit as I remember from my college days.

Diwali day and night was quiet for me even though the world outside was exploding with firecrackers. In the afternoon I met a friend for coffee at a cafe in South Delhi's Defence Colony market, something I would have never thought of doing when I was a teenager.

Later after sundown, I went out in the garden of our ground floor flat. As my mother sat on the chair and watched, I lit candles, placing them equidistantly on the outer wall of our garden. I was not going for the Christmas look with the Chinese lights.

Shortly thereafter my mother and I came inside and sat on two chairs. She is too old to sit on the floor, and this was easier for me too. She had prepared a steel tray with puffed rice, little mithai, a few coins with images of Goddess Lakshmi and a lit candle. And sitting around the table she performed the puja, while the sometimes agnostic in me sat with my hands in a semi-prayer form.

I only know two Hindu prayers -- the Gayatri Mantra and Om Jai Jagdish Hare, having heard them countless times from my late grandmother and in Bollywood films. So I joined my mother in reciting those two prayers.

We ended the evening with a simple vegetarian dinner. And later at night I drove with another friend to a different coffee shop. 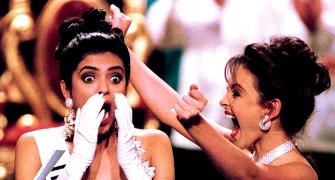 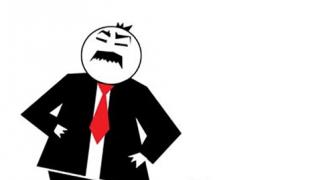 5 ways to impress your boss 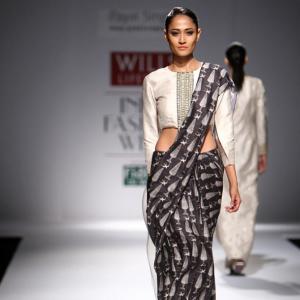