Will India play 5 bowlers in the first Test? Select your team

Only Harbhajan Singh, Amit Mishra, Ishant Sharma and Murali Vijay from the current team have played a Test in Sri Lanka.

Disagree with Harish's choices? Then help Virat pick his team. Be the selector, choose your playing 11 for the Galle Test. 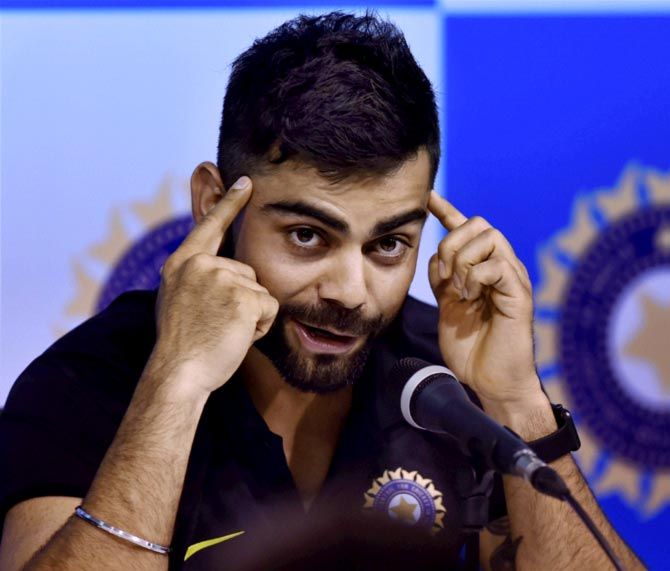 Virat Kohli would like to return from the island next door with India's first series win in 21 years.

Only four from Virat's squad -- Harbhajan Singh, Amit Mishra, Ishant Sharma and Murali Vijay -- have played a Test on the island, having been part of the Indian team in 2010.

Wicket-keeper Wriddhiman Saha was also part of the touring party, but did not understandably feature in the playing XI, since Mahendra Singh Dhoni led the side.

What combination will Virat pick for the first Test, which begins at the picturesque Galle stadium on August 12? 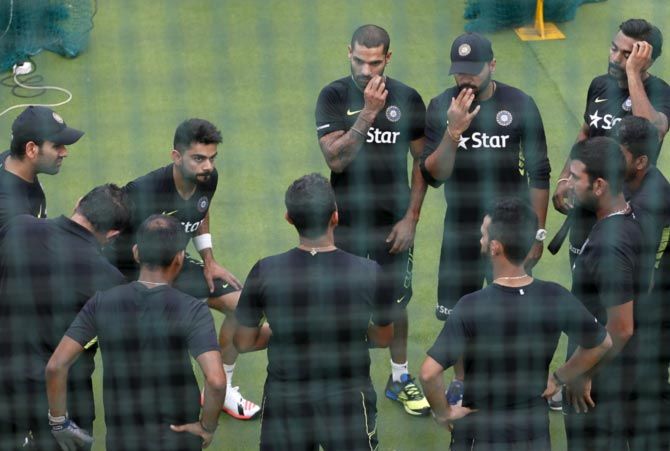 IMAGE: The Indians during a practice session in Colombo. Photograph: Dinuka Liyanawatte/Reuters

When the skipper was asked if he is open to playing five bowlers, including three spinners, he replied: 'The idea is to take 20 wickets. That's the only way you win a Test and I strongly believe we need to have the best bowlers playing in the squad.'

Virat is a big time believer in the all-round abilities of off-spinners Ravichandran Ashwin and Harbhajan Singh, who have two Test centuries each to their credit.

The offies along with leggie Amit Mishra could be a good mix on Sri Lanka's slow and low pitches.

Ishant Sharma, who has of late become a Test match specialist, is a straight pick and could have either Varun Aaron or Umesh Yadav for company.

A few months ago, K L Rahul's selection as the second opener -- Murali Vijay being pencilled in for the top slot -- was straightforward, but the Karnataka batsman missed the Test against Bangladesh in June after he contracted dengue.

Shikhar Dhawan made most of that lifeline and scored a cracking 173 in the one-off Test to throw his hat into the ring.

For Virat, the 'problem of plenty is never bad.'

With the captain making it clear that the erratic Rohit Sharma is his preferred choice at No 3, Dhawan or Rahul may have to sit out the opening game. 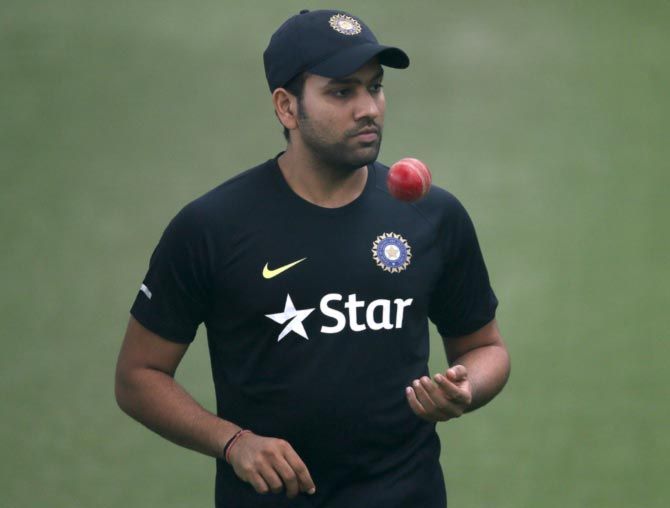 Rohit averages 39 in 11 Tests. Most of his runs have come in familiar home conditions where he averages an unbelievable 288, with two hundreds in two Tests. His performance away is a big issue, having scored just 380 runs in nine Tests at a lowly average of 23 with just two fifties.

Virat insists that the Mumbai right-hander has not had a long enough run at No 3 to make a judgement, having played just three innings in that position, including two in Australia.

"I think he needs to get more opportunity there,' Virat told reporters before leaving for Sri Lanka. 'Once he settles there, he could be the catalyst in the middle order. He can keep the scoring rate going. He is so naturally gifted. We want to give his game time and give him ample opportunity to get that big score and in quick time.'

Ajinkya Rahane, who has been consistent in all conditions last year, is a key member of the Indian cricketing cast, which means Cheteshwar Pujara will stay on the bench.

Once considered the successor to the legendary Rahul Dravid, Pujara was dropped from the team on the Australia tour last December after a run of poor scores, which included just one fifty in 10 innings.

Barring injuries, this could be India's line-up for the first Test against Sri Lanka:

Disagree with me? Then, help Virat pick his team. Be the selector, pick your playing 11 for the Galle Test.