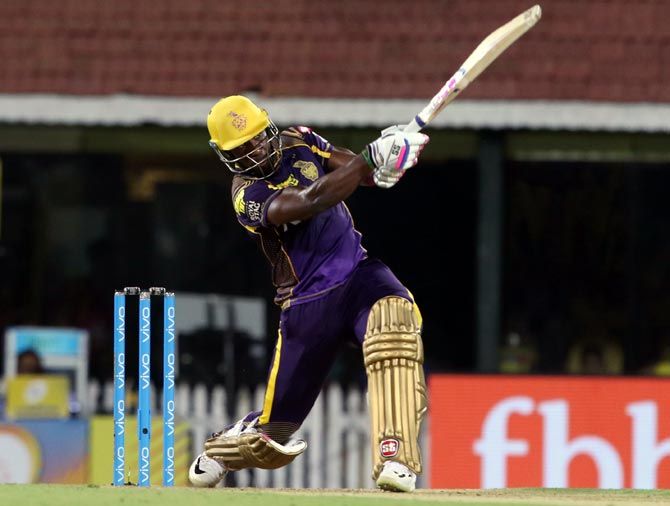 It is still early days in IPL 11 -- the T20 league is only eight matches old.

But let's start asking the questions that we have been asking on Rediff.com ever since the IPL came into existence: Who are IPL's most valuable players? Which players offer the best value for money?

We measure a player's performance using the Most Valuable Player Index (MVPI).

To have the best MVPI, players must score a lot of runs at high strike rates, and also take a lot of wickets at low economy rates.

So, a MVPI of 150 means that a player's contribution on the cricket field is equivalent to scoring 150 'runs'.

Consider the case of new spin sensation Mayank Markande of the Mumbai Indians.

He has an MVPI of 138 although he has only scored 6 runs with the bat, but his seven wickets at an impressive economy rate of 5.8 make his performance at par with a batsman scoring 138 runs.

Currently, Andre Russell of the Kolkata Knight Riders is the most valuable player with an MVPI of 150.

K L Rahul, who has been batting in scintillating fashion, is second with an MVPI of 147.

Andre's KKR team-mate Sunil Narine -- who is enjoying his time as an opener and also taken two wickets with an economy rate of 5.9 == is third on the MVPI list.

There is another interesting metric to measure player performance, especially in a tournament like the IPL where players are actually bought.

How much bang does each player give for the bucks he receives?

To compute a player's PVI we compute his total earnings (in Rs or US$) so far and divide it by the 'runs' he has contributed so far. 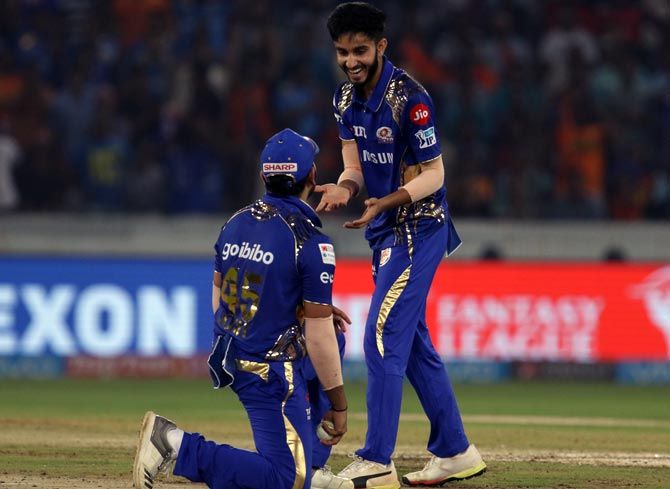 In return he has contributed 138 'runs'.

Currently, Markande is proving the best value for money in IPL-11.

So, while Markande and Dhawan have performed practically at par, Dhawan is paid approximately 26 times more than Markande.

The PVI for the best performing players so far is shown below in Table 2.

The data has been updated after the 8th match of IPL-11 between the Royal Challengers Bangalore and Kings XI Punjab on April 13, 2018.