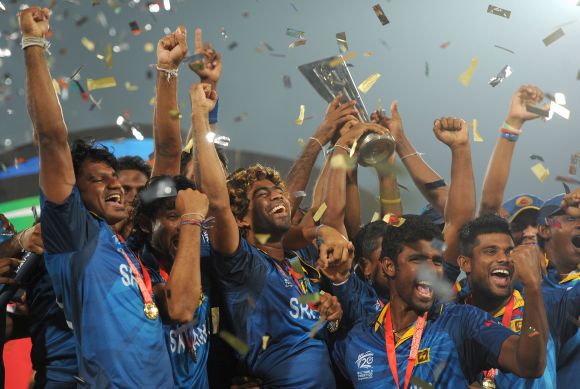 Sri Lanka are no longer the bridesmaids of world cricket.

The perennial finalists at last went past that elusive hurdle to pocket their second World title, the first since the 1996 World Cup, when they beat India by six wickets in the final of the World Twenty at the Sher-e-Bangla National Stadium on Sunday.

Kumara Sangakkara, playing in his final T20 international, played a stellar role, remaining unbeaten on 52; he added 54 with Thisara Perera (21 not out) for the fifth wicket, in what turned out a winning partnership.

Put in to bat after an evening drizzle delayed the start of the all-Asian final by 40 minutes, India lost opener Ajinkya Rahane in the second over before Kohli added 60 runs with Rohit Sharma (29) to prop the innings and prepare for a late assault that failed to materialise. 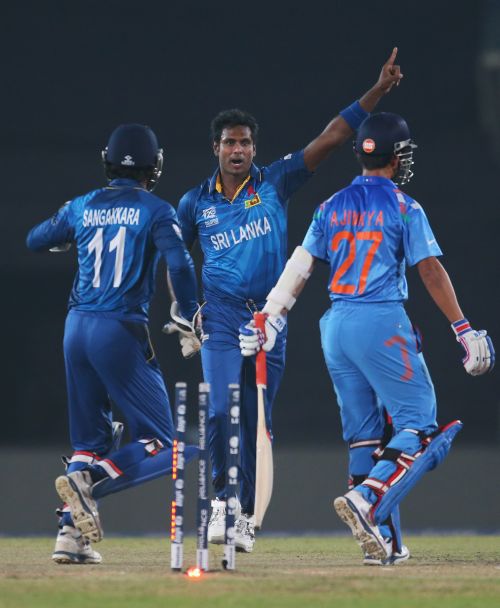 Ajinkya Rahane (3) looked completely shaky during his eight-ball stay at the crease.

Angelo Mathews pitched the ball on length and the opener played it early trying to pull it and played on. 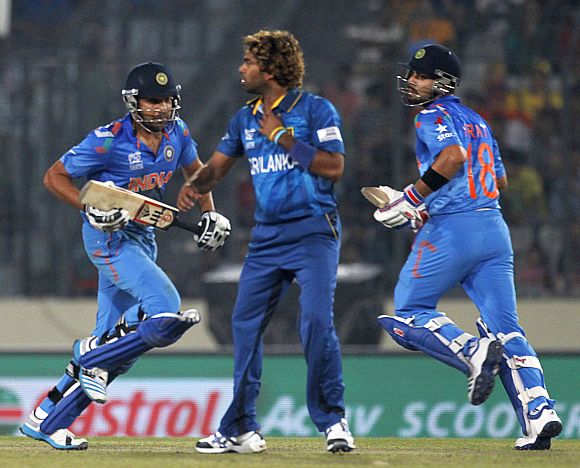 Kohli got busy as soon as he entered the pitch and looked for singles.

He clipped Kulasekara’s in-swinging half volley through the deep mid-wicket region for a boundary.

Rohit got his first boundary when Sachithra Senanayeke did not pitch the 'carrom ball' properly, pulling it towards square leg for a one bounce four.

Lasith Malinga’s first over was the last of the Powerplay as Rohit got his second boundary, smashing an over-pitched delivery from the bowler back past him.

Rohit brought up the 50-run stand with a slash through point while Virat hit the bowler over deep mid-wicket for a six. Having given only 11 in his first three overs, Mathews finished it with decent figures of 4-0-25-1. 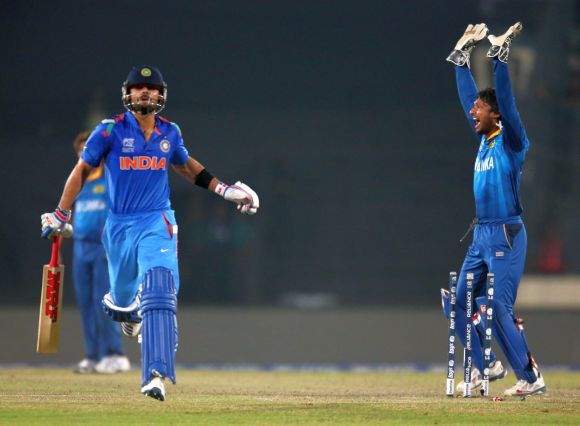 India failed to get any sort of momentum in the middle overs with Rangana Herath bowling a tight line and length.

Kohli got the odd six and boundary but never looked comfortable.

His third six was a straight, lofted shot off a Herath delivery, but left-arm spinner’s figures of one for 23 from four overs were respectable.

His 50 came off 43 balls with a slice for a single to deep point off Malinga, with the help of two fours and three sixes.

While Yuvraj struggled at the other end against Senanayeke’s away-spinning deliveries, there was no stopping Kohli as he spanked Kulasekara over deep mid-wicket for a six and followed it up with an extra cover drive.

Yuvraj was dismissed in the 19th over after hitting straight down Thisarra Perera’s throat.

Perera packed off early by Mohit 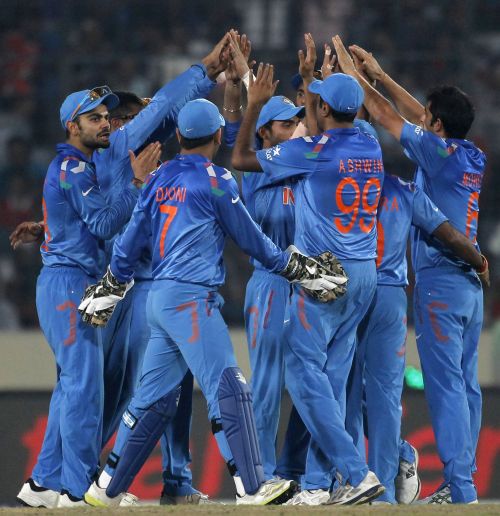 Sri Lanka too were off to a poor start.

Mohit Sharma provided the perfect opening for India as Kausal Perera top-edged one to Ravindra Jadeja and was out for 5.

Mahela Jayawardene and Tillakaratne Dilshan then 36 runs off 28 balls to ensure India did not get a foot in the door.

However, off-spinner Ravichandran Ashwin provided the breakthrough as he had Dilshan caught at the boundary by Kohli. 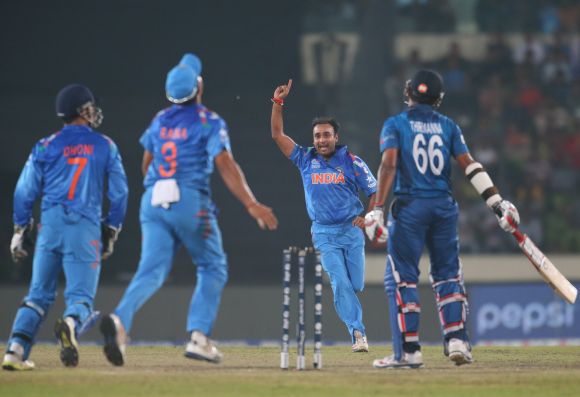 Sangakkara and Jayawardene, both playing their last game for Sri Lanka, took the attack to the opposition.

Sanga cut loose off Ravindra Jadeja, smashing him for a six and boundary.

Raina, however, had the last laugh as he dismissed Jayawardene for 24, having him caught at mid-wicket by Ashwin.

Amit Mishra then dismissed Lahiru Thirimanne to leave the game in the balance.

Sanga 50 seals the game for SL 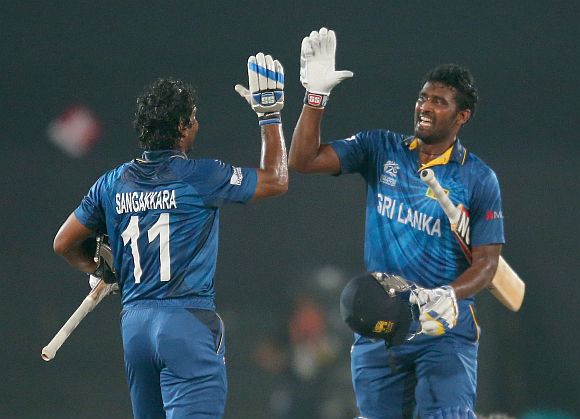 Sangakkara then found an able ally in the form of Thisarra Perera and the duo put on an unbeaten 56 runs stand for fifth wicket to seal the game for Sri Lanka.