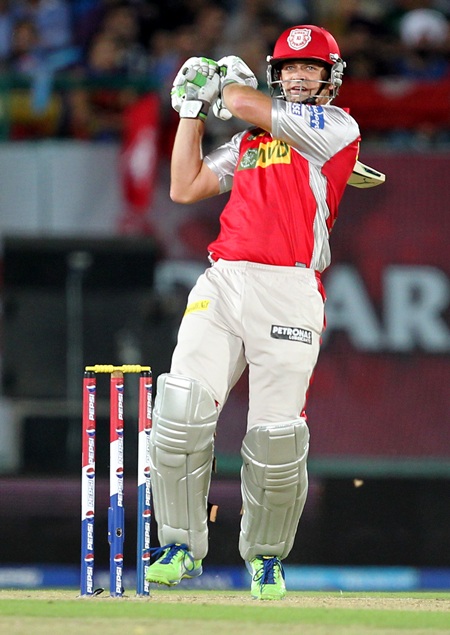 Kings XI Punjab beat Delhi Daredevils by seven runs in their Pepsi Indian Premier League match in Dharamsala on Thursday to keep alive their slim chances of qualifying for the play-offs.

Having been invited to bat first, the home team scored a formidable 171 for four before restricting the visitors to 164 for seven.

Adam Gilchrist and Shane Marsh opened the batting for Punjab and put on 60 runs for the first wicket.

The Punjab captain was dismissed in the eighth over after scoring a quickfire 42 off 26 deliveries, which included five fours and two sixes. 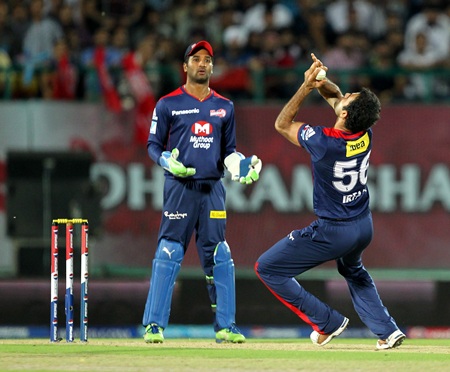 It was pacer Irfan Pathan who provided Delhi the much needed breakthrough.

Replacing an expensive Ashish Nehra (2-0-27-0) in the attack, he struck with his third delivery, catching Gilchrist off his own bowling. 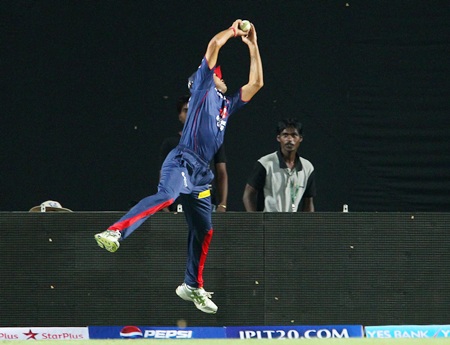 Azhar Mahmood did not last long as Nehra struck in his third over, the 12th of the innings.

The batsman, trying to clear fence, was caught brilliantly by Siddarth Kaul at the fence. 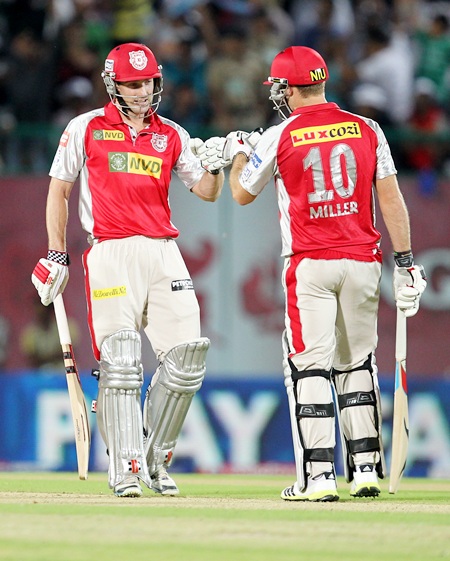 Miller ensured that Kings XI crossed the 170-run mark, hitting Nehra for a four off the last ball.

The South African struck three boundaries and four sixes during his knock that earned him the man of the match award. 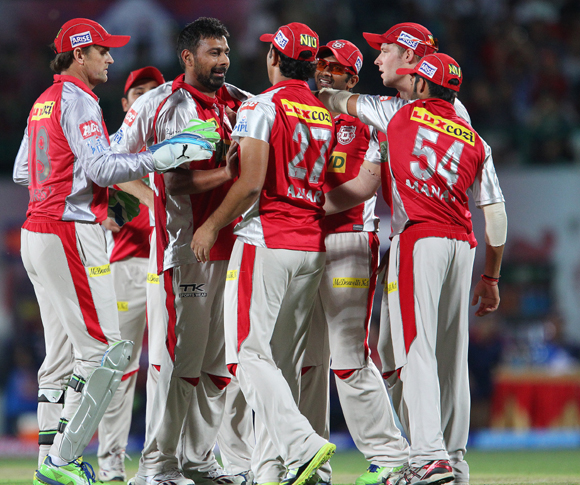 Chasing 172 for win, Delhi lost Unmukt Chand (7) in the third over.

Chand was bowled by Praveen Kumar.

The bowler was impressive with the ball yet again, finishing with economical figures of one for 19. 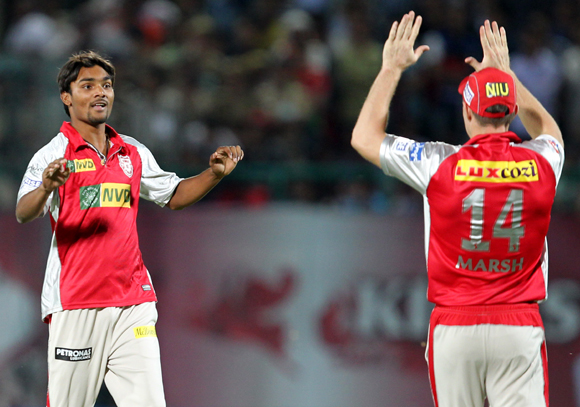 The young bowler struck in his second over, the fourth of the innings, Having Irfan Pathan (1) and David Warner (0) out in successive balls.

Pathan edged a swinging delivery to Gilchrist behind the stumps and then a ball later Warner departed without opening his account, caught by Marsh in the slips. 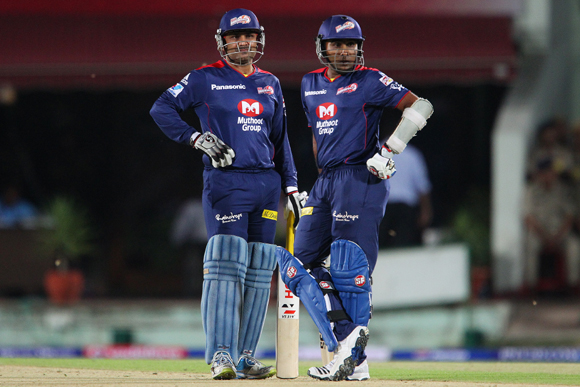 Skipper Mahela Jayawardene (39) and Virender Sehwag (30) shared 49 runs off 40 balls for the fourth wicket before the latter edged one to Gilchrist off Parvinder Awana's bowling.

The ever-climbing asking rate finally took a toll on Jayawardene but Rohrer brought down the equation to 22 off the final six deliveries.

But it was not to be for Delhi as the Australian was bowled by quick Piyush Chawla in the first ball of the last over. New man in Morne Morkel (13) brought Delhi close with a couple of sixes but the visitors eventually fell short.