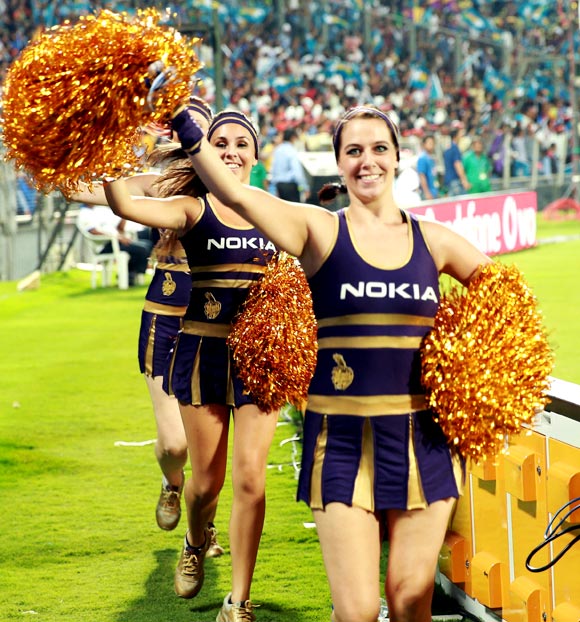 A full-house turned up for Thursday's IPL match between Pune Warriors and Kolkata Knight Riders in Pune. The visitors' captain Gautam Gambhir won the toss and elected to bat.

Kolkata made two changes, Ryan ten Doeschate and Manoj Tiwary were included in the team in place of Ryan McLaren and Debabrata Das respectively.

In the end, the home side were no match for the defending champions, who won by 46 runs. 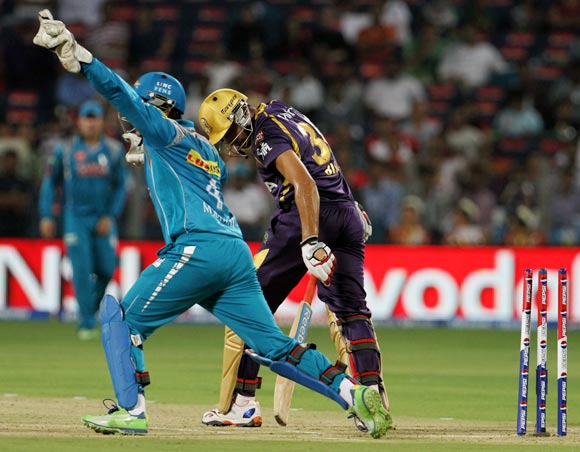 Manvinder Bisla and Gautam Gambhir opened the innings for Kolkata and batted freely, putting on 45 runs before Bhuvneshwar Kumar provided the breakthrough for Pune, with wicketkeeper Mahesh Rawat, standing up to the medium pacer, effecting a sharp stumping. 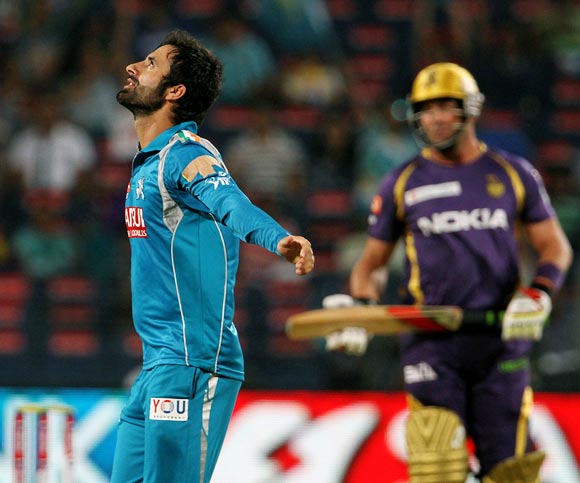 Parveez Rasool, playing his first IPL match, bagged his first wicket in his second over, dismissing Jacques Kallis for 2.

The South African tried to hit the ball over the off-side but failed to get enough elevation and was caught by Angelo Mathews at extra cover on the second attempt. Gautam Gambhir, having failed in the previous match against Mumbai, started cautiously but grew in confidence to notch a fifty off 43 balls, which included six boundaries. It was his 20th IPL fifty. 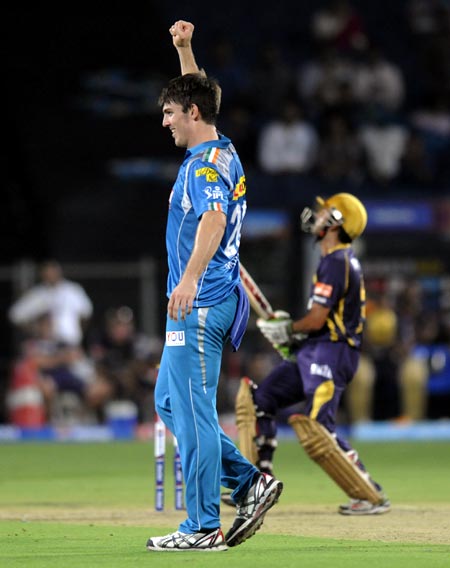 Just when Gambhir was looking good for a big knock he went for a big hit off Mitchell Marsh and found the ball going straight to Mathews at short mid-wicket.

The left-hander was back in the pavilion for 50 from 44 balls, laced with six fours.

KKR were 90 for four after 14 overs at that stage. 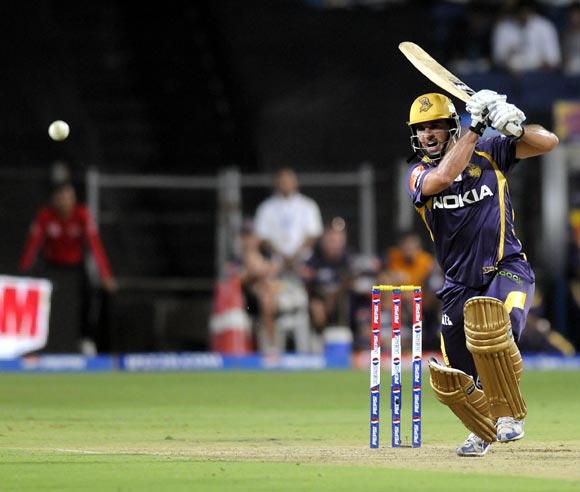 Thanks to a quickfire 31 from Ryan ten Doeschate, who played his first IPL match this year, Kolkata were able to put up a respectable total.

The Dutch player used the long handle to good effect, smashing Mathews for a six and two fours to pick 17 runs off
the 17th over. 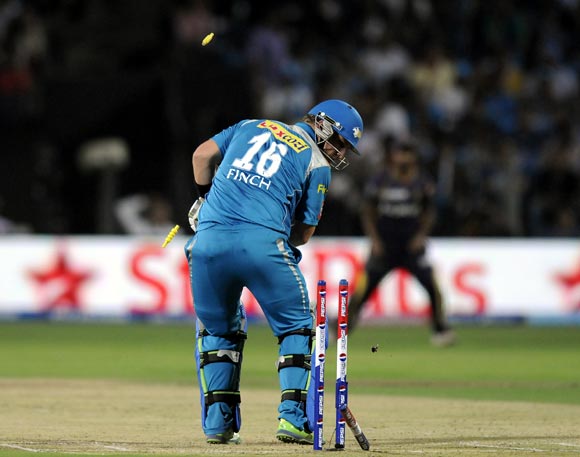 The third over of the Pune innings witnessed some drama as Robin Uthappa hit the first ball off Kallis straight back. It hit the stumps at the non-striker's end, with Aaron Finch way out of his crease, after appearing to get a nick on the bowler's shoe. The decision is referred to the third umpire, who rules it in the favour of the batsman.

Kallis was unhappy with the decision, but he got his man three balls later, bowling Finch with a full delivery. Yuvraj Singh's poor run in the tournament continued. He was caught behind for one off the bowling of Lakshmipathy Balaji. 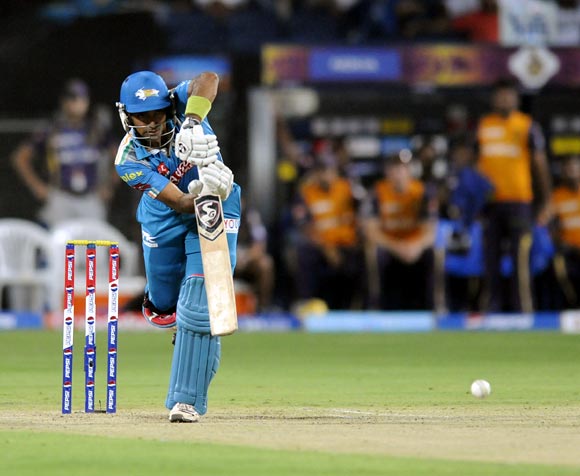 With ten overs gone, Pune were in deep trouble with not even fifty on the board.

The pressure told on Robin Uthappa. In an attempt to break the shackles he went for a big one and was caught at point by Gambhir off Iqbal Abdulla after scoring 31 from 35 balls.

Pune were reduced to 53 for four in the 11th over. 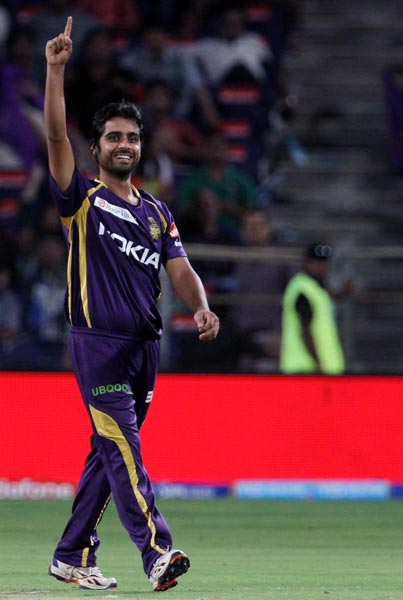 In the previous over, Abdulla, back for his second spell, struck immediately, bowling Udit Birla. The batsman tried to play the slog sweep but was beaten.

Abdulla finished with figures of 2 for 26 from his four overs.