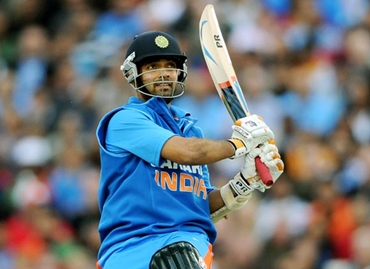 Having surprised even himself with a fine showing in the fifth edition of the Indian Premier League, Ajinkya Rahane says the entire experience is like living a dream.

Though the young Rajasthan Royals right-hander's exploits have tapered off in the last three games, with scores of 17, 0 and 5, he remains second only to Chris Gayle among the batting heavyweights, with an aggregate of 480 runs, at 43.63 in the competition.
Nobody has hit more fours (63) than him, and only two others have hit centuries in this edition.

"Well, it has come as a surprise. I have only done my part and the rest has been destiny. To top the charts in a competition like IPL is really a proud achievement for me. But I would have really loved to see my team to be in a better position than it is," the 24-year-old Mumbaikar says.

Rahane earlier played for Mumbai Indians, which has stars like Sachin Tendulkar, Harbhajan Singh, Lasith Malinga and others, before moving to Rajasthan Royals, a team sans many big names.

"Actually, I was learning a lot in Mumbai Indians with my idol Sachinpaaji around, but then wasn't getting many chances.
"Here in Rajasthan Royals things are different. I had a role to play, there were expectations off me. And also I was happy to be around my other idol, Rahul Dravid. It's a pleasure talking cricket to Rahulbhai," he explained.

'To top the charts is really a proud achievement' 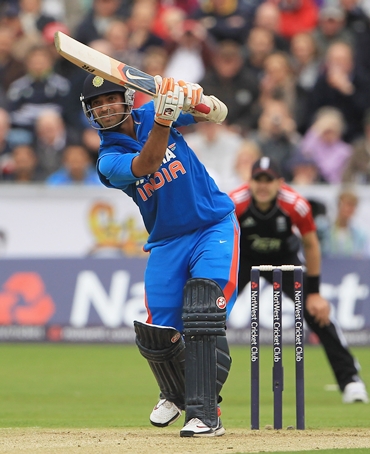 Asked how it felt making his Twenty20 debut in the same game as Rahul Dravid, against England, Rahane replied: "You know it is funny that once there was a game in Mumbai when India were playing a Test match.

"I was glad to be a ball boy in that game to catch a glimpse of my heroes Sachin Tendulkar and Rahul Dravid. I did see them closely, but if I had a mobile phone in those times I would have clicked some pictures as well. In fact, I was too shy to speak to them at all. And here I was making my T20 debut with Rahul Dravid

."It is difficult to describe. I remember M S Dhoni, Sachinpaaji and Rahulbhai talking to me before the game and telling me that I am playing for India because I deserve to. It was a matter of giving confidence and they did just that."

'My approach to life hasn't changed' 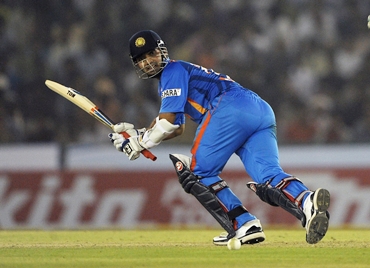 So how has life change since that day?

"Well, my approach to life hasn't changed at all. I am the same Ajinkya for everyone around me. But coming from a lower-middle class family I did understand the value of money. I remember my parents had sacrificed so much so that I could continue my cricket.

"I remember I use to travel for two-and-a-half hours one side to train at an academy. So four to five hours were gone in travelling by train. So we all have worked hard for my career and I am glad that it worked," he said.

Talking about hoardings of him around Jaipur, Rahane said, "Well it does feel nice. I use to see hoardings of other cricketers and used to wonder if there would be a day when I'd have one too. And now there are. Sometimes I feel as if I am dreaming."