Sign in  |  Create a Rediffmail account
Rediff.com  » Cricket » Rajasthan's bowling at the death is a worry, laments Dravid

Rajasthan's bowling at the death is a worry, laments Dravid 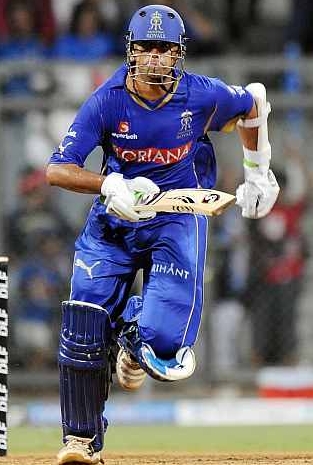 Rajasthan Royals skipper Rahul Dravid feels his team's bowling in the death overs is cause for concern.

Rajasthan lost to Royal Challengers Bangalore by 46 runs on Monday, mainly because the home team bowlers got a bit of stick in the last few overs.

"We had the game in control till the 13-14th over, but in the last seven overs things slipped out of our hands. It has happened before also; the bowling in death overs is still a big worry for us," Dravid said after the match.

"I can't blame the bowlers; they are inexperienced, but they have been trying hard. You can do little when the likes of (Tillakaratne) Dilshan and De Villiers are playing. I would not take away the credit from them as they batted very well to post a formidable 189 for 3," the skipper added.

'I don't feel we rely heavily on Rahane' 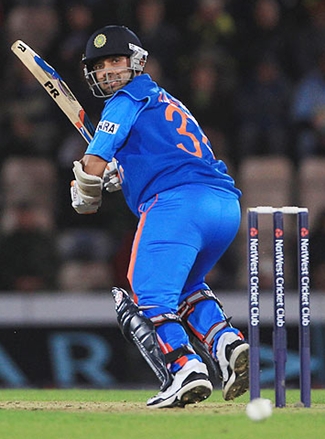 Asked about the team's over-dependence on Ajinkya Rahane and Owais Shah in batting, Dravid, who scored a 42-ball 58 in a losing cause, replied, "We have been batting quite decently in all our eight matches and I don't feel we rely heavily on Rahane and Shah only.

"When you are chasing a big total of 190 you have to play shots and you might fall 30-40 runs short. It becomes tough to chase the extra 35-40 runs which we gave away."

Asked why Ashok Menaria was left out of the team, as he could have proved handy against left-arm spinner K P Appanna, Dravid said the left-hander was rested.

"We thought of giving him a break, but he will be back in the side soon. Stuart Binny too is a talented player and we gave him the opportunity," he added. 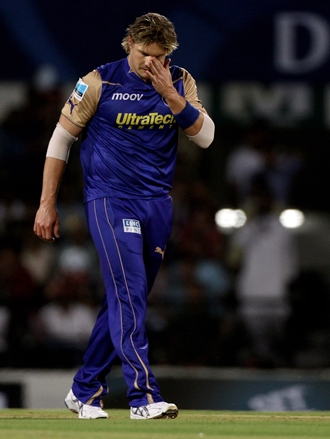 Dravid expressed surprise over the Bangalore side's move to open with Dilshan and Virat Kohli, and send the explosive Chris Gayle in at No 4.

"We were surprised not to see Gayle coming out to open the innings. We had some plans for him," he revealed.

He was, however, critical of his fielders.

"The fielding was poor. We did not drop too many catches, but we certainly could have fielded better," he said.

Dravid went on to inform that they are considering fielding Australian fast bowler Shaun Tait. The former India captain is also eagerly awaiting Aussie all-rounder Shane Watson's arrival, as he can bring in the necessary balance required.

"We are also pondering over to play Shaun Tait. Sreesanth is another option, but I am not sure whether he would be available to play, as he has been ruled out for at least two weeks.

"We have good bowlers in Pankaj Singh and Kevin Cooper. Ajit Chandela and Gajendra can be good options, but they all are rather inexperienced. I feel our attack would have a settled look only after Watson lands here.

"We are expecting him to be in India by April 29, and, most probably, he will play against Delhi on May 1, if he is fit and not weary of jet-lag," Dravid added.