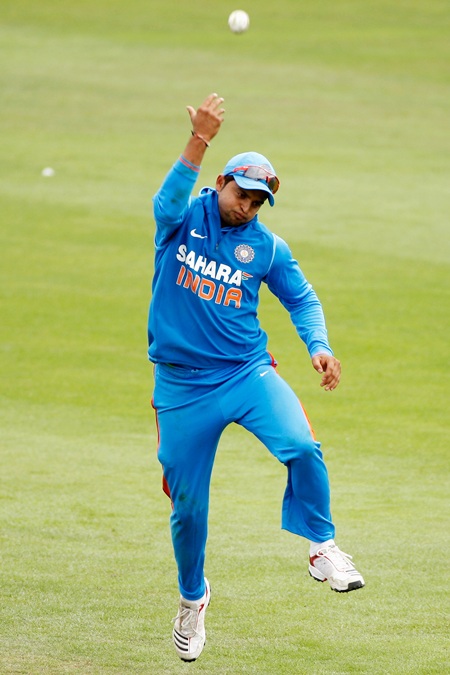 India easily made it to the final of the ICC Champions Trophy, beating Sri Lanka by eight wickets in Cardiff on Thursday.

The 2011 World Cup winners first restricted the Lankans to 181 for eight and then overhauled the target with as many as 15 overs to spare in the second semi-final to set up a meeting with England, who had beaten South Africa in the first semi-final, on Sunday.

A look at some statistical highlights from the match.

# Suresh Raina became the second Indian fielder to take three catches in an innings in the ICC Champions Trophy. Yuvraj Singh had accomplished the feat vs South Africa at Colombo (RPS) on September 25, 2002.

# With six catches in four games, Raina is the top fielder in the ongoing competition. 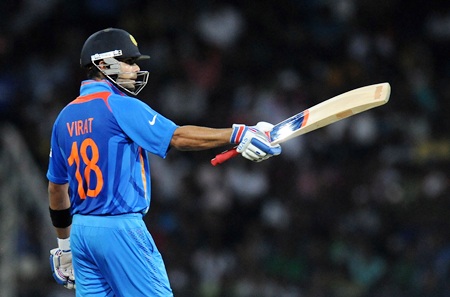 Virat Kohli's superb unbeaten 58 off 64 balls is his second fifty in seven matches in the Champions Trophy.

# His eighth fifty vs Sri Lanka is his 23rd in ODIs.

# For the first time, India won five consecutive mtches in the ICC Champions Trophy - by seven wickets vs West Indies at Johannesburg on September 30, 2009, followed by four in succession in the present edition.

# India won three games by eight wickets each for the first time in an ICC Champions Trophy tournament – one each against West Indies, Pakistan and Sri Lanka.

# India have won 14 games in the Champions Trophy (Lost six and No-result three out of 23 contested) - the most by a nation.

# Sri Lanka (181/8) registered their lowest total vs India in the Champions Trophy.

Dhawan first to top 300 runs in this Champions Trophy 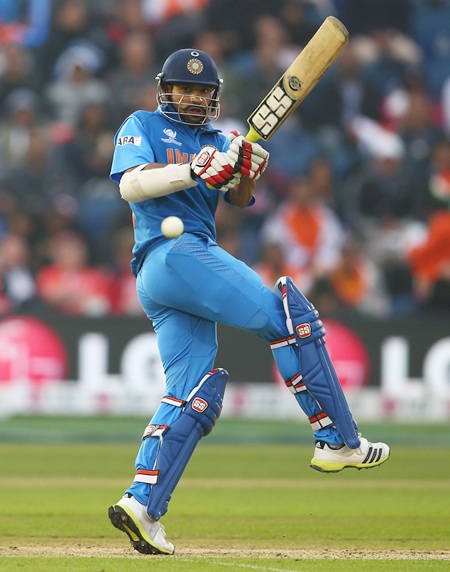 Shikhar Dhawan (68 off 92 balls) posted a match-winning half-century in his first appearance against Sri Lanka in ODIs.

# His is the first batsman to score 300 runs in the current edition of the Champions Trophy, totalling 332 at an average of 110.66 in four matches, including two centuries and a fifty.

# Dhawan has aggregated 401 in nine ODIs, including two hundreds and two fifties, at an impressive average of 50.12.

# Rohit Sharma and Dhawan is the first opening pair to record four partnerships of 100-plus and two fifty-plus in the Champions Trophy.

# Sharma-Dhawan pair's outstanding average of 90.75 for the opening wicket while managing 363 in four innings is the best by an opening pair in the Champions Trophy.

# For the first time, Umesh Yadav delivered two maiden overs in an innings.

Sangakkara first to play in 300 ODIs as wicketkeeper 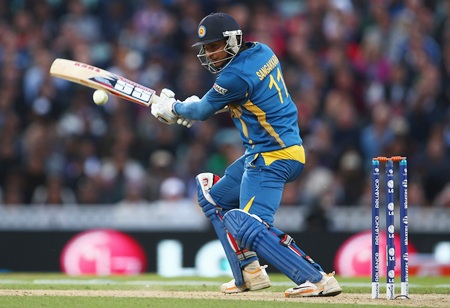 Kumar Sangakkara is the first player to play in 300 ODIs as a wicketkeeper.

# Mahendra Singh Dhoni, for the second time in an ODI, bowled - the first instance being vs West Indies (2-0-14-1) at Johannesburg in the ICC Champions Trophy on September 30, 2009, claiming one wicket - his victim being Travis Dowlin.

# Angelo Matthews (51 off 89 balls) has recorded his second fifty in the ICC Champions Trophy - his first being 52 off 73 balls vs England at Johannesburg on September 25, 2009.

# Matthews' first half-century as captain is his 14th in ODIs - his third against India. 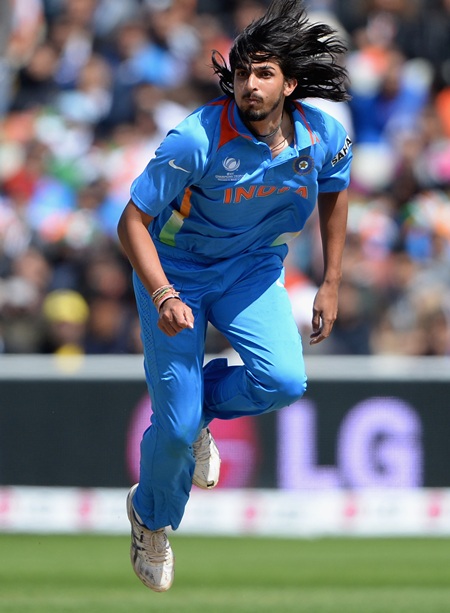 # Jayawardene and Matthews were associated in a 78-run stand - Sri Lanka's highest fourth-wicket partnership vs India in the Champions Trophy.