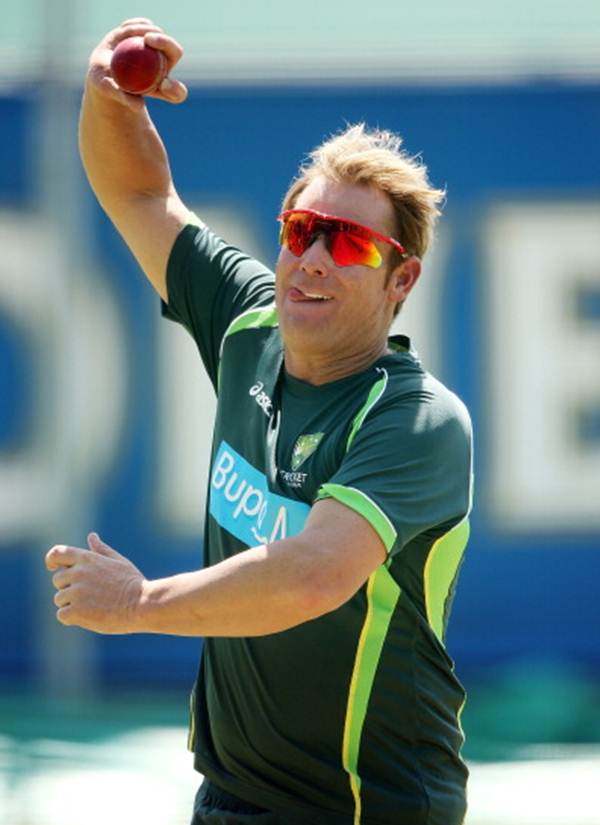 As South Africa’s spinners prepared to counter a formidable Indian line-up in the ICC World T20 semi-finals, they had a pleasant surprise at Wednesday’s nets session.

Legendary leg-spinner Shane Warne came over to hand them tips ahead of Friday’s second semi-final.

"We were all surprised to find him at the nets. May be he was getting bored at the hotel and came over to have a bowl," said Hashim Amla, the team's senior batsman.

- LED stumps and bails in T20 cricket: 10 things you must know

The former Australia ace spent more than an hour at the Proteas nets offering his expertise to the likes of Imran Tahir to get their act right against the in-form Indian top-order, comprising Virat Kohli and Yuvraj Singh.

"We were all surprised to see him out here. He bowled six, seven balls. May be he was getting bored in his hotel room," she said.

It was around quarter to 11 in the morning when Warne dropped in at the Sher-e-Bangla Stadium and his first question was, "Mate, are the South Africans done with their batting and bowling?"

After being told that they were still doing their fielding drills, he retired to the VIP lounge of the stadium.

Once the nets started, he stood behind the stumps watching the spinners with minute attention. He spoke with Tahir but he also watched J P Duminy bowl his off-breaks and left-arm slow bowler Aaron Phangiso roll his arm over.

He had a long chat with his old mate and rival Allan Donald, who is the South African bowling coach.

Later, Warne bowled a few deliveries to Quinton de Kock at the far nets. He flighted them and although De Kock was not troubled, he could not also get them away for big hits.

Twice he gave Warne the charge but checked his shot at the last moment to play copybook forward defensive strokes.

By the time, he finished, the local media had arrived and Warne evaded any queries as to what he was doing and had to use his body feint to dodge one of the cameraman, who was taking his shots from the front. The all-rounder sustained the injury during the team's customary football session at the BCB Academy in Mirpur and limped off with his left ankle wrapped in crepe bandage.

He did not accompany the team for the training session on Wednesday morning.

"Yuvraj Singh had a blow on his left ankle. For precautionary reasons, he is taking rest today," the team's media manager, Dr R N Baba, said.

It is uncertain whether he will train on Thursday or not.

While the extent of the injury is not known, trainer Sudarshan’s idea to do something different could well cost the team dear if Yuvraj does not get fit for Friday's semi-final match against the South Africans.

Interestingly, Yuvraj had sustained a serious knee injury in 2006 before the Champions Trophy semi-final against Australia at Mohali.

Back then, the Indian team, coached by Greg Chappell, played a game of 'kho-kho' for entertainment and Yuvraj twisted his knee while turning. 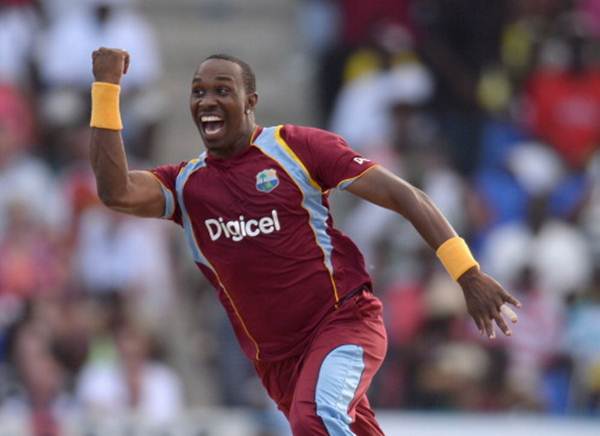 Emphasising that cricketers have certain responsibilities towards their fans, especially the youth, West Indies all-rounder Dwayne Bravo has advocated playing a sledging-free game.

A James Faulkner's poor-in-taste jibe directed towards them pumped up the West Indians and they came out all guns blazing to topple the Australians en route to the semi-finals.

The victory was an apt answer to Faulkner's retort that he 'does not like West Indians'.

A philosophical Bravo, who contributed in West Indies' victory over Australia, said cricketers are looked at as idols, so they must behave properly on and off the field.

"We are all human beings. We play this game and we should respect each other. We are soon going to finish but cricket is going to go on. It’s important that we leave our legacy as players, not only as West Indian players but as cricketers. We have young kids looking up to us, so I do not see any sense in trying to sledge the opposition," Bravo said, in obvious to Faulkner's comment.

Asked about their toned down celebrations after the Pakistan match compared to that against Australia, Bravo said, "Australia game was a bit heated for us and I’m sure you know why. That was a very important game for us. We wanted to prove to ourselves and prove a point to the

Australians that, at the end of the day, we are all cricketers."