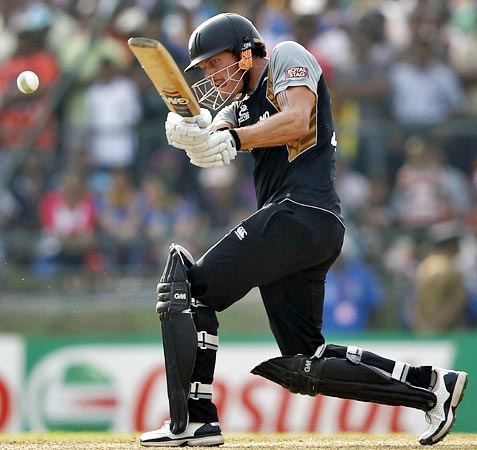 Rob Nicol and Martin Guptill gave New Zealand a good start after they had elected to bat against Sri Lanka in the first match of the Super Eights at the ICC World Twenty20 in Pallekele, on Thursday.

Sri Lanka beat New Zealand via Super Over after the match had ended in a tie.

Chasing New Zealand's 174 for seven, Sri Lanka managed 174 for six in their 20 overs, to send the match into a Super Over. 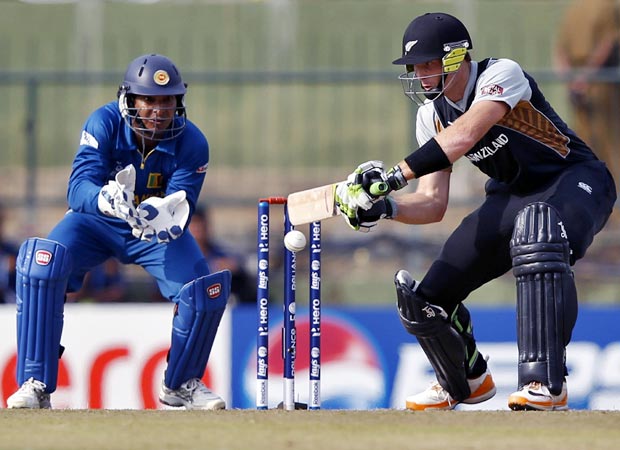 Guptill hit a quick 38 from 34 balls to set the tempo for New Zealand's innings.

Nicol cut loose after a slow start to smash 58 from 40 balls, with the help of three fours and four sixes.

He took a special liking to Ajantha Mendis, hitting him for three sixes in the 15th over of the innings. 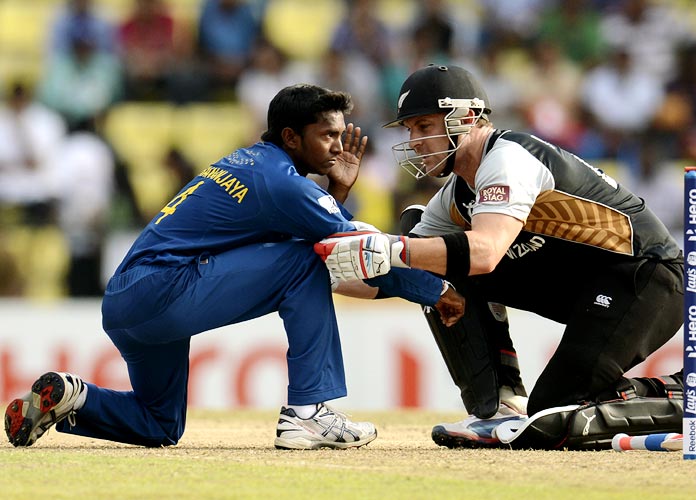 Image: Brendon McCullum (right) speaks to Akila Dananjaya after he was hit on the face
Photographs: Philip Brown/Reuters

Mystery spinner Akila Dananjaya was handed his international debut as Sri Lanka went in with a strong bowling line-up.

Dananjaya started with a wicket in his first over when he had Guptill caught at long-off.

He suffered an injury in his third over when he was hit by a powerful drive from Nicol on his follow through as the ball went through his fingers and struck his face.

But the 18-year-old gave a good account of himself in his debut, finishing with two for 32 in four overs.

Sri Lanka off to a flying start 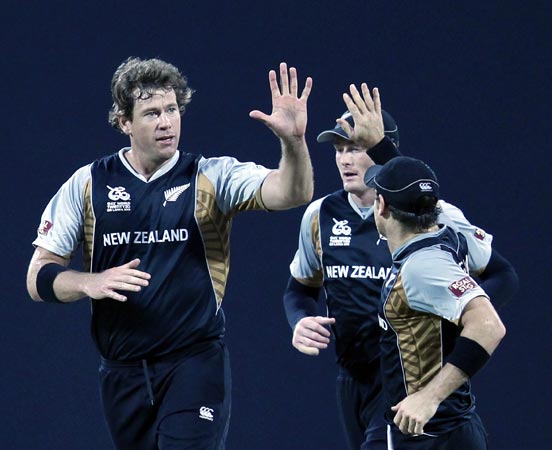 Nathan McCullum opened the bowling for New Zealand, but he was hit for 17 runs in his first over.

The openers put a quickfire stand of 80 runs in 7.2 overs before Jayawardene was caught by Daniel Vettori on the fine leg boundary off Oram. 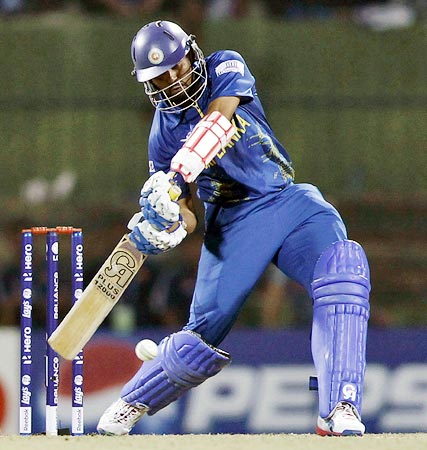 The right-hander completed his half-century from 32 balls, having hit four fours and two sixes.

He was dismissed in the 18th over when he was run out for 76 from 53 balls and Sri Lanka lost their way after his wicket.

Sri Lanka win via Super Over 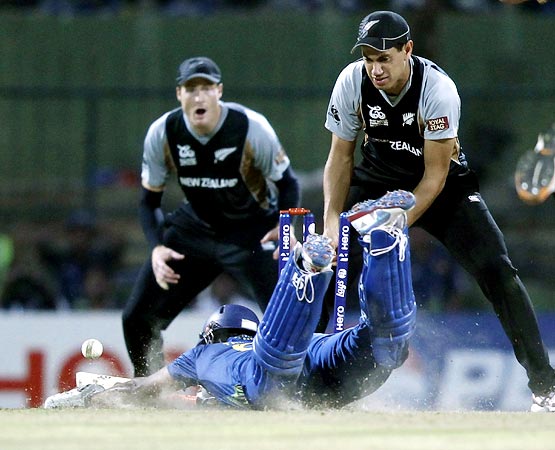 Sri Lanka needed eight runs from the final over for victory but they could manage only seven.

Tim Southee bowled an exceptional last over to send the match into a Super Over as Lahiru Thirimanne was run out from the final delivery of the match with the scores tied.

Sri Lanka won in the Super Over as they scored 13 for one, while New Zealand could manage only seven runs against Lasith Malinga to lose the game.