So who is your best pick? 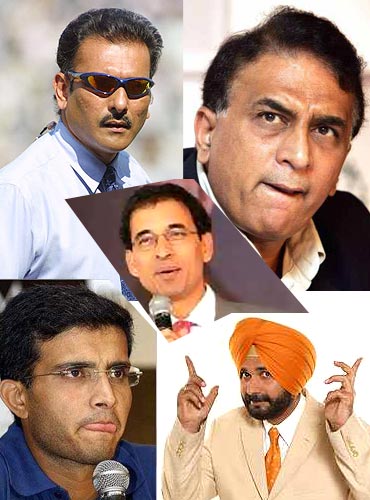 A usual pet peeve for the cricket buff is the quality of cricket commentary in big tournaments. This World Cup tournament copped more than its fair share of criticism.

But no criticism is enough criticism for a tournament where the punditry promos have Navjot Singh Sidhu telling Sourav Ganguly and Harsha Bhogle to cut the mumbo jumbo. Look in the mirror and tell that yourself mate!

But there are the erudite commentators too, who try to rescue the viewers from the pits into which Sidhu and his like have pummeled them into.

So, here's your chance to tell us who you think are the best and worst commentators this World Cup. 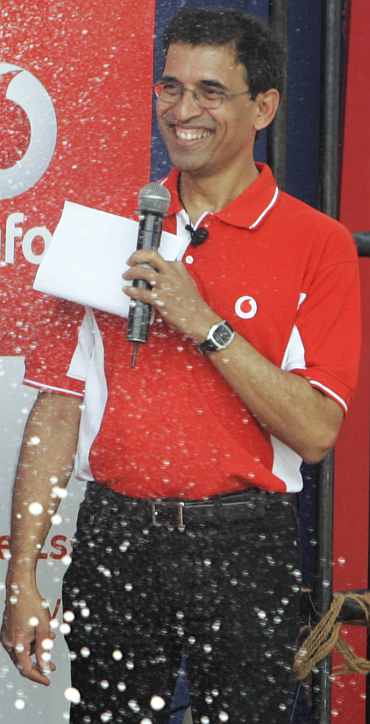 Harsha Bhogle has a tough job. For starters, he has to plug all the sponsored packages like wide of the day, dropped catch of the day and boring moments. To make matters worse, after all the plugging is done, he has to get a word or two from the experts in the studio, while the petulant Sidhu insists that he will speak for everyone.

Not one to mince words even in his playing days, Sourav's no-nonsense straight talk fits right into the commentary box. He explains the game's technicalities lucidly to the layman and the informed viewer alike. Wish we could have more of him.

Not the most flamboyant of commentators, Sanjay, like he did in his playing days, revels in playing within his limitations and lets his colleagues do more of the talking. But when you read his insightful columns, you wonder if he could not add a bit of that edge in his commentary.

The broadcasters think he is a hit. That could be the only reason he is there. Tell us if you think otherwise. 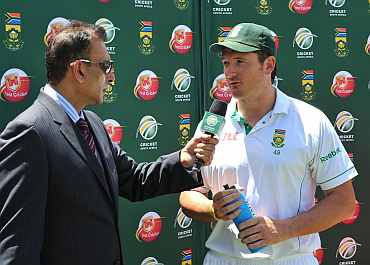 Easily the Michael Bay of cricket commentary, for Ravi Shastri everything has to be big and loud. He makes the mundane sound truly mundane, but his decibel level would have you believe otherwise. Alas, no one has fallen for that trick.

He occasionally shows what he capable of if he applies himself to the task at hand. Is more often than not biased towards Team India and that leaves a bad aftertaste.

Smart and erudite, Hussain has emerged as among the most pleasing commentators. He is ever willing to hone his skills, and often can be found in the press box, picking the brains of the best writers in the business. Rounds it off with dry wit. Sample: Putting on a straight face and dead panning that Tendulkar was rubbish because he has only 99 centuries.

Champion with the mike too Unlike his playing days, he is sober in the commentary box, but is slightly England-centric. If he can broaden his interest to other teams too, he would be a sure hit with the subcontinent.

An English columnist of the year winner, he would be in the running for the commentator of the year award too if there was one. The savvy former opener and England skipper brings a lot of gravitas to even the dullest of proceedings.

With his authoritative note and scathing wit, he is a crowd favourite.

Ian Chappell is the Richie Benaud of modern day commentating 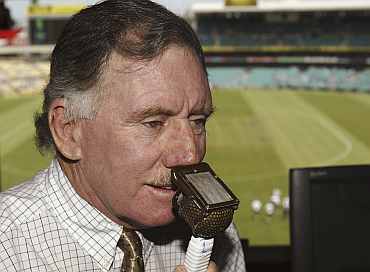 Will rival Sidhu for his histrionics and Shastri for his hyperbole. Sometimes you even wonder if Shastri learnt the tricks of the trade from him. On the plus side, he takes the effort to understand sub-continental subtleties and sensibilities.

Pronounces Asian names better than most Asian commentators. Best moment: Naming the Doosra. After he heard Moin Khan exhorting Saqlain Mustaq to bowl the 'doosra', took the effort to ask Khan what it meant and unveiled and immortalised the mystery ball from the commentary box.

The Richie Benaud of modern day commentating. Has strong opinions and is not afraid to air them.

When a bowler is on top and has the batsmen tied up in knots, there is only one commentator you wished was in the box. Explains the intricacies of bowling in a batting obsessed game and hence a joy to listen to. Added bonus: As the camera pans into the commentary box, the way he animatedly dissects a bowler.

Tony Cozier is a joy to listen to 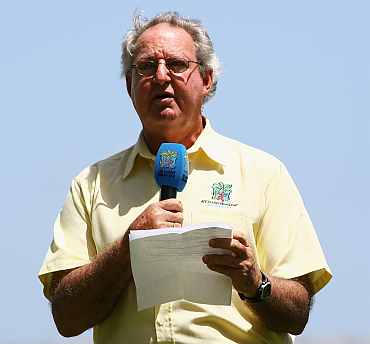 Another from the Shastri School of Cricket Commentary, he revels in stressing on the obvious. But his columns are delightful, and that gives more reasons to wonder if he is really applying himself and is in top of his game. At his best when he is talking about Pakistan cricket and interviewing them, when he takes them through the spotlight like a caring elder brother.

Again, a bowlers delight, as he offers nuggets on the art. Otherwise is content with playing second fiddle to the other flashy commentators. Very adequate.

In the twilight of his career, is always a joy to watch and listen to. When he narrates incidents like how great Bapu Nadkarni and Eknath Solkar were in the Caribbean tour of 1953, you know how far back his knowledge of the game goes. Could do with a bit less of the lament of the current state of West Indian cricket, though.

A case of representation ruling over common sense. The only plus point is his familiarity and knowledge about Sri Lankan cricket, which is still the back of the beyond for most western commentators.