'Frankly, you miss his presence' 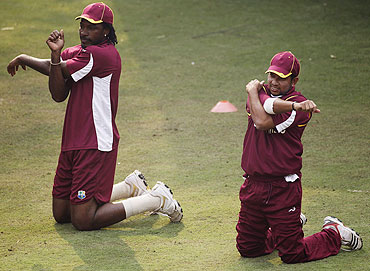 Disappointed with West Indies' poor batting during the four-wicket loss to India in the first one-dayer, Ramnaresh Sarwan bemoaned the absence of the explosive Chris Gayle in the hosts' line-up.

"Frankly, you miss his presence. But selectors have given us a team and we have to try to and do our best. But the spirit of the team is high and we are only going to get better," Sarwan said on Monday.

India chased down a modest 215 with four wickets in hand to register an victory in the first ODI on Monday.

'They rotated the strike well' 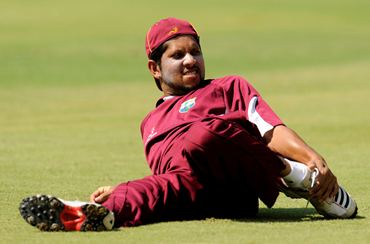 Sarwan said the performance of the second-string India, which is without the services of seniors Sachin Tendulkar and Mahendra Singh Dhoni, is a lesson for his team.

"I was impressed by the way they played spin and kept rotating the strike. I also liked how they went after the new ball," reflected Sarwan who top-scored with 56 for the hosts.

"It was a learning experience," he added.

Sarwan's half century showed he was finally beginning to get into his stride after a disappointing World Cup though the Guyanese felt he was still far away from his fluent best.

'I am still not as fluent as I used to be' 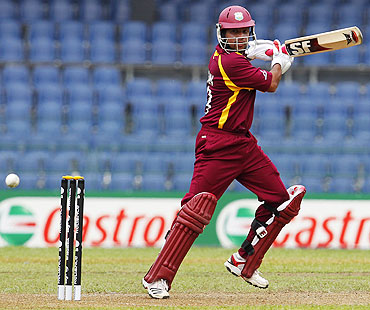 "I am disappointed that I couldn't rotate the strike enough. I am still not as fluent as I used to be," remarked Sarwan.

West Indies played no less than 29.2 overs of dot balls which is almost 60 per cent of their innings.

"I think we need to use our feet a lot more. Once you are confident, you could go down the track," he said.

'Disappointed that Samuels and I couldn't carry on in final overs' 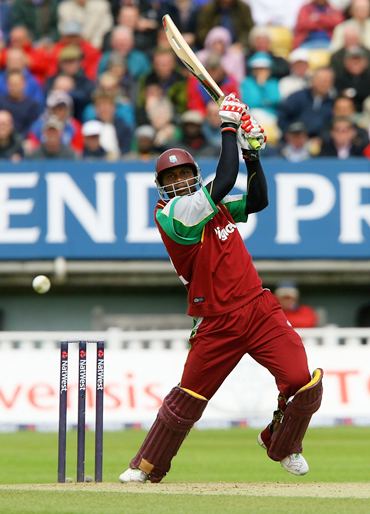 Sarwan was disappointed that he and Marlon Samuels (55) couldn't carry on in the slog overs after their 82-run fourth wicket stand.

"It was a very tough wicket to bat on against the spinners. I was disappointed that Samuels and I couldn't carry on in the final overs," he said

Yet there were a lot of positives for Sarwan to derive from the opening loss.

"Samuels now has a score under his belt. Bishoo bowled very well. And so did Anthony Martin. There are lot of positives to carry from this game," he said.