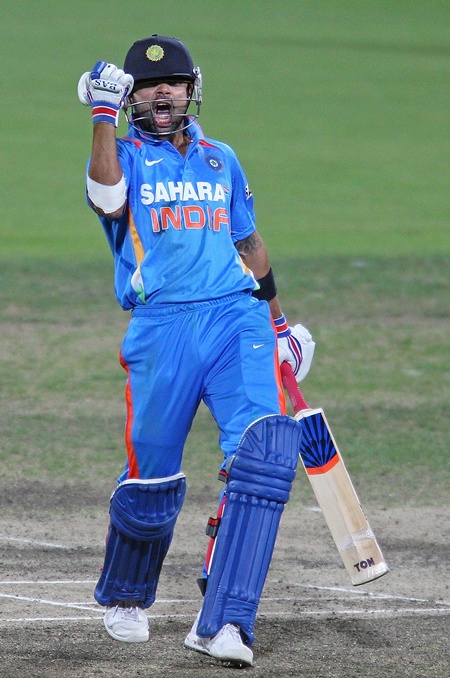 For all his young man's enthusiasm and apparent happy-go-lucky nature, Virat Kohli, says Haresh Pandya, is a serious man and cricketer at heart.

As Team India is preparing to take on New Zealand, Virat Kohli, who is playing his first full series at home, is going to be the cynosure of all eyes. He has already uncorked himself and is bound to explode against the Kiwis.

India's last tour of Australia was a disaster. The team lost everything, including pride, and the sole redeeming feature was the sweet success of the young and exuberant Kohli, who won the hearts of the diehard Aussies with his exciting talents. He was like a breath of fresh air in a team in chaos on the field.

When the top guns, including Rahul Dravid and VVS Laxman, failed to fire, it was the precociously gifted Kohli who came to India's rescue and tried his best to stem the rot. He batted with maturity for one so young and inexperienced throughout the difficult tour. He registered India's only, even face saving, Test hundred (116) at Adelaide. 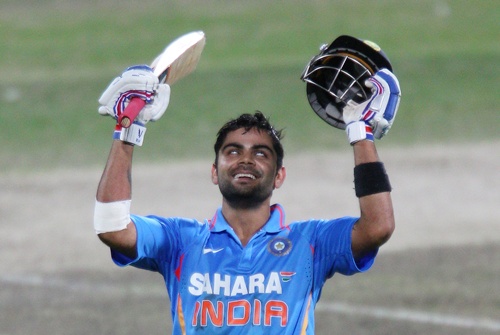 It was a brilliant effort batting at No. 6 after India were 111 for 5, with the creme de la creme of the much-celebrated line-up back in the dressing room, replying to Australia's mammoth score of 604 for 7 declared. He added 114 for the sixth wicket with wicketkeeper Wriddhiman Saha, who was the next highest scorer with 35, and helped India reach a fairly respectable total of 272.

"It was an outstanding innings. He played each delivery on its merit and never allowed the mounting pressure to get the better of him. We're going to see many more such innings from him in future," said Aunshuman Gaekwad.

In the second essay, too, Kohli looked solid and confident to play a major innings before he was run out for 22.

'No doubt about Kohli's class' 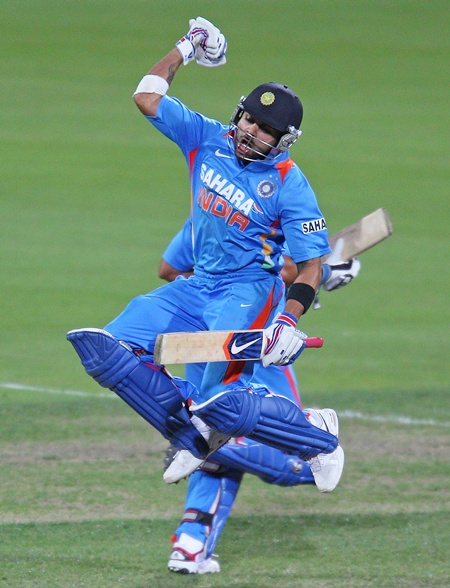 But he had probably saved his best for the triangular CB Series involving Australia, India and Sri Lanka.

Came the 11th match, a day-night affair against Sri Lanka at Bellerive Oval in Hobart, and Kohli unfolded his genius, essaying an astonishing innings of 133 (86 balls, 16 fours, 2 sixes) not out when India appeared to be inviting yet another humiliation chasing an improbable target of 321.

Not only did India romp home but achieved the target with a good 13.2 overs to spare.

Any batsman who performs so well in Australia, where wickets are challenging and opponents stronger, has to be very talented. And no one in his right senses is in any doubt about Kohli's class now.

He has gone from strength to strength since making his India debut and become one of the world's finest batsmen. Kohli's form and consistency in all types of cricket make him India's best batsman at the moment.

'It's exciting to watch Kohli bat or field' 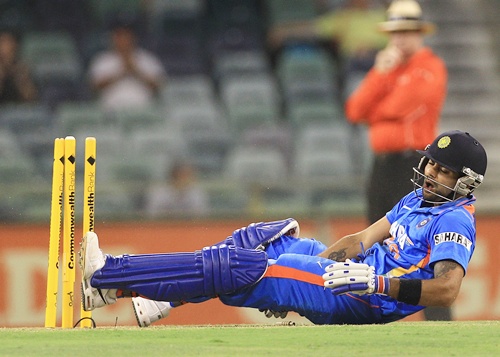 The most endearing thing about Kohli is that not only does he relish playing all three formats of international cricket but has actually excelled noticeably in each one of them, just like Gautam Gambhir.

His game is a judicious mix of aggression and defence which enables him to play Test, One-day and Twenty20 cricket accordingly. And his out and out positive approach and hunger for success immediately catch your attention. He is technically sound and mentally tough.

"It's exciting to watch Kohli bat or field. Though very young, he bats like a very experienced player. You can depend on Kohli in difficult situations.

He doesn't get buckled down under pressure and he has the technique and shots to play different bowlers with confidence. And confidence is another fine quality of Kohli," said Nayan Mongia.

He has achieved so much so soon at such a young age and made the pundits sit up and take notice of his class and calibre.

He has already triggered a lot of expectations and tempted even some of the most discerning of critics to compare him with the young Sachin Tendulkar in his pomp.

Which may be a bit too much too soon; but it is a compliment to Kohli nevertheless. 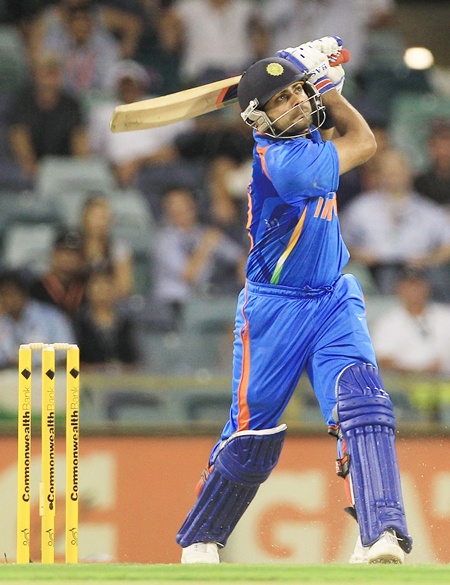 For all his young man's enthusiasm and apparent happy-go-lucky nature, Kohli is a serious man and cricketer at heart. He knows his strength, his ability; he is not unclear about his goals either; nor about how to achieve them. Happily enough, he is not in a hurry.

Indeed, Kohli seems to be the best possible thing that has happened to Indian cricket in recent years. There is a mature head on Kohli's young shoulders. He has a strong intellect which reflects both in his sensible statements and the way he handles the ever demanding media. He is a captaincy material and the BCCI mandarins, too, know this only too well.

Doubtless Kohli's best is yet to come and there is no question that the next few years are going to belong to this dynamo from Delhi.