Merchant was inspired by Hendren's view on retirement 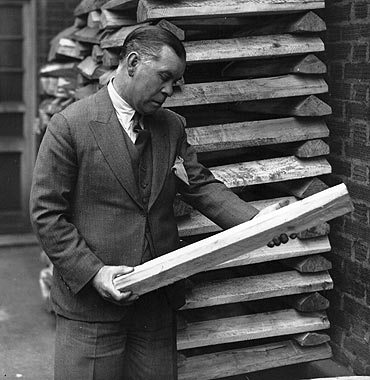 The late Vijay Merchant, who wore several distinguished hats on and off the field, followed the dictum of former England cricketer Patsy Hendren, when the great opener chose to retire from Tests after a last innings effort of 154 at Delhi, said ex-cricketer Vasant Raiji.

"In 1936, on his first visit to England, where he scored over 1,700 runs, Merchant read Hendren's quotes on why he retired. Hendren said one should retire when he's good enough to play on. Why now, people should ask, and not why not now, was Hendren's view. That impressed Merchant and he later followed that diktat," said his former Mumbai Ranji Trophy mate Raiji, in Mumbai, on Wednesday night.

Raiji was speaking to a packed gathering at the Cricket Club of India's C K Nayudu Hall at a function organised by the Legends Club to celebrate the late Merchant's birth centenary.

Merchant was close to perfection: Apte 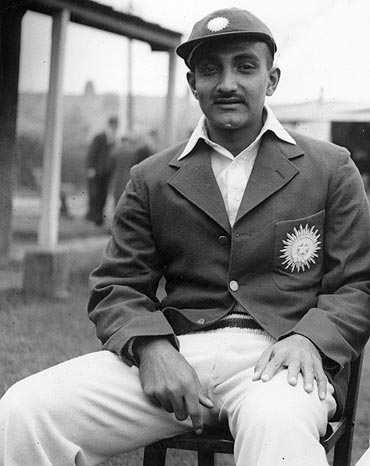 The super fine technique of Merchant, whose first class average of 74 plus was second only to the great Donald Bradman's for players who had figured in more than 10 innings, and his off-the-field philanthropic work after he quit the game in 1951-52 were highlighted by former cricketers Raiji, Madhav Apte and Madhav Mantri at the event.

Raiji recalled the late opener's 67 not out against Douglas Jardine's English outfit in 1933 (for Bombay against the touring side at the Bombay Gymkhana ground) after being hit on the chin and his 30-odd innings made with a dislocated left shoulder in the Pentangular tournament in 1935 to help the Hindus to a draw.

"He considered C K Nayudu to be India's best batsman, Mohammed Nissar the best pace bowler he had faced and Walter Hammond (of England) the best batsman he had watched," Raiji remembered.

Apte, who followed Merchant as the opener for the then Bombay in Ranji Trophy, said the later was a perfect example of a batsman who was as close to perfection as possible as far as technique was concerned."It was said of the great Jack Hobbs (England opener) that occasionally he would make an error of judgement but not of the grammar of batsmanship. Merchant was like that. His batting could be termed as close to perfection as is possible," said Apte.

"On all kinds of wickets his technique and judgement were sound. He was a very meticulous person at all times. He was a great cricketer and a greater human being. He has done so much to cricket, a true legend," said the former Test opener.

Merchant was like a 'wall' in front of wicket: Mantri 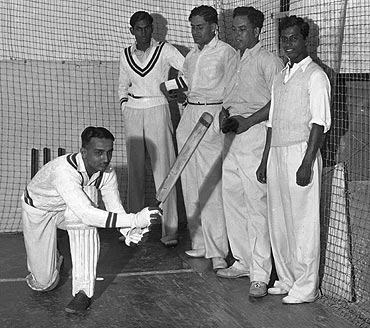 "He told me once that the art of opening the innings is not in playing the ball, but in leaving it," Apte added.

Former stumper Mantri, the maternal uncle of legendary opener Sunil Gavaskar, recalled the humility of Merchant who never took things for granted even after being in sublime form the previous day.

"Even after scoring a century the previous day, he would be the first man to come for practice the next day. He was a "wall" in front of the wicket when I used to stand behind the stumps. Nothing went past him," Mantri said.

Later, Merchant became a radio commentator/expert and also donned the hats of a chief selector, president of CCI and was instrumental in pitchforking Ajit Wadekar to the India captain's chair at the cost of Mansur Ali Khan Pataudi in 1971.